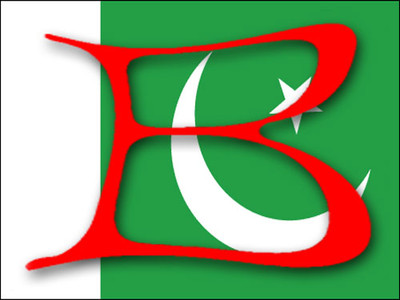 The trending story of late is about a woman accused of blasphemy in Sudan.

The court convicted Meriam Yehya Ibrahim, 27, of apostasy, or the renunciation of faith. Ibrahim is Christian, her husband said. But the court considers her to be Muslim because she married a Muslim man.

Under Sudan's sharia law, Ibrahim was also convicted of adultery and sentenced to 100 lashes because her marriage to a Christian man is considered void.

Sudan is not the only place where blasphemy laws are creating havoc.

My own land of birth Pakistan is reeling from an onslaught of blasphemy-related incidents. Under the banner of this inhuman law, an estimated 1,000 people have been charged since 1987. The Center for Research and Security Studies, based in Islamabad, shows that there were 80 blasphemy complaints in 2011. There are no statistics after that, but analysts believe that 2014 may be a record year.

Individual blasphemy cases filed against the minority Ahmadi and Christian communities are common knowledge, but now there is a trend to apply the blasphemy law towards anyone the establishment does not agree with. The punishment for blasphemy is death.

Last week, Pakistani police detained 68 lawyers who participated in a public protest, criticizing the arrest of a colleague. The irony is that while the lawyers were within their rights to protest, the police officer they were protesting against happened to be named Umar Daraz. Hence, when protesters chanted "Umar," this was deliberately misconstrued as being against Umar, one the companions of the Prophet Mohammad.

In another sickeningly horrifying incident, a mother who called her son, Mohammad, a devil for misbehaving was also charged with blasphemy against the Prophet. And so it goes. Almost anyone on the street can be charged at any time, any place, and for any offense.

Pakistan is a mostly Sunni Muslim country, but about a fifth of its people are Shia Muslims, who have been targeted in recent violence. According to one unverified report, a Shia has been shot in killed in Pakistan every single day in 2014. All it takes is for some mad mullah to declare a person or community non-Muslim, and the attacks begin. As a result, any person can slam an accusation of apostasy or blasphemy on his or her neighbor, friend, or fellow citizen with impunity. The arrest comes first and then explanations are given. Blasphemy accusations are commonly used to settle personal vendettas but there is no accountability.
There have been attempts by some brave activists to abolish the blasphemy law but to no avail, because they have been threatened and rudely shut up. In Pakistan, a death-threat is not benign as we saw from the sad saga of Governor of Punjab, Salman Taseer who's murderer was celebrated. Sadly, ordinary Pakistanis don't want to speak up because of the backlash that usually falls onto anyone who brings up the horrifying ways in which the current situation in Pakistan is playing out.

The blasphemy law's history dates back to British colonizers of the sub-continent who made it a criminal offence to commit "deliberate and malicious acts intended to outrage religious feelings of ANY [emphasis mine] class by insulting its religious belief." They intended to protect the diverse faith groups that lived in pre-partition India. The law was retained after partition, but in his presidential address to the constituent Assembly of Pakistan on August 11, 1947, Pakistan's founder Quaid e Azam Mohammad Ali Jinnah said "what are we fighting for? What are we aiming at? It is not theocracy – not for a theocratic state. You are free to go to your temples; you are free to go to your mosques or any other place of worship in this state of Pakistan. You may belong to any religion or caste or creed – that has nothing to do with the business of the state…."

In the 1970s, Pakistan's Islamist military leader General Zia ul-Haq made several additions to the blasphemy law, including life imprisonment for those defiling or desecrating the Quran or the Prophet. In 1986, the death penalty was introduced for anyone found guilty of defaming Islam.

If one were to ask the ordinary Pakistani in the street or in rural areas where blasphemy cases are common, if they know what the blasphemy law means, they will usually answer that they believe it is part of the Qur'an. In their minds, they are following Islam in implementing and supporting this horrific law.

However, the concepts of blasphemy and apostasy are definitely not supported by the Qur'an, which clearly indicates "there is no compulsion in religion." The historical connection of blasphemy and Islam is post-Mohammad. After Mohammad's demise, some tribes who had paid allegiance to him and accepted Islam reneged, and said that their contract was with Mohammad. Now that Mohammad was no longer alive, some of them wanted to revoke their membership in the 'Muslim' club and not offer the same allegiance to the current ruler. The ruling religious leadership got terrified that they would lose power, people and money so they implemented a law (yes the blasphemy law) stating that turning back from Islam would make them liable for death, so they had no choice but to stay. Later, blasphemy laws morphed into something even more sinister and complicated as it is practiced today.

The blasphemy law is contrary to every aspect of universal human rights. Blasphemy laws are in violation of Articles 2, 3 and 4 of the UN Declaration on the Elimination of all forms of intolerance and Discrimination based on Religion and Belief and also violates articles 2 and 4 of the Declaration of the Rights of Persons Belonging to National, Ethnic, Religious and Linguistic Minorities.

Ironically, the blasphemy law has been used in Pakistan as a systematic tool of discrimination and abuse against religious minorities, and for ethnic cleansing. Although religious minorities form only 3 percent of Pakistan's population of almost 167 million, nearly half the victims were Ahmadis, the others Christians and Hindus and today the Shias. The United Nations Special Rapporteur on Freedom of Religion or Belief observed that the punishments accompanying blasphemy laws are excessive and disproportionate to the offenses.

The text of the blasphemy law is religion specific and very discriminatory. It makes no distinction between deliberate action and unintended mistakes in its application, and has been used indiscriminately to settle personal vendettas.

Pakistan has been front and center in the global arena in pressing limitations on freedom of religion and freedom of expression. In March 2009, Pakistan presented a resolution to the UNHRC in Geneva calling upon the world to formulate laws against the defamation of religion.

Unless world powers and those countries who give huge amounts of aid to Pakistan, start sanctions, the situation is not going to change. Pakistan needs to be held accountable for protecting its minorities and for revoking the blasphemy law as soon as possible.

Raheel Raza is president of The Council for Muslims Facing Tomorrow, and a human rights activist based in Toronto, Canada.

Editor's note: A group called Human Rights For Atheists, Agnostics and Secularists is sponsoring a petition calling on the United Nations to abolish blasphemy laws by adding "the non-religious as an expressly protected group" to its charter and the Statute of the International Court of Justice. To learn more, click here.

Kill Apostate? Not if you are a muslim.

The verse show it is GOD who will punish them. Where is the punishment of death by stoning against apostates? NOT in the the verse quoted, for sure.

Quoting Bukhari? There is enough in just a few pages of his hadiths to discredit this.

Shall I seek other than God as the authority of law, when He has revealed to you this book fully detailed? [QURAN 6:114]

[41:34] Not equal is the good response and the bad response. You shall resort with the best possible response. Thus, the one who used to be your enemy, may become your close friend. [QURAN 41:34]

[1] Tolerance and understanding is advocated at all times by God. A good example is the best weapon against evil and corrupt people, and muslims by applying the Quran can excel in being good examples. See verse 16:125.

How does Raheel Raza plan to eliminate blasphemy laws from Islam? Both the Koran and the Sunnah call for severe punishment of blasphemy, and the penalties for blasphemy have been part and parcel of standard Sharia law for more than a thousand years. Religious Muslims cannot abolish those laws and punishments. Only a secular or semi-secular dictator in a Muslim-majority country can do that. The Islamic religious establishment must support and enforce blasphemy laws.

Raheel Raza might mean well, but she is either ignorant of Islam or just dishonest. Here she is blaming Pakistan's blasphemy laws on the British who brought freedom of religion to the area while telling us that the Koran says nothing about punishing blasphemers; and she says nothing about her prophet, Mohammad who had people murdered for insulting him. That Koranic verse about "There is no compulsion in religion" (2:256) was a very early Medinan verse which was followed later by other verses which abrogate it.

The Koran specifically condemns all Christians as blasphemers::

– In blasphemy indeed are those who say God is Christ the son of Mary. 5:17

-- Those who insult [aa-dh-aa] God and His Messenger will be rejected by God in this world and the next—He has prepared a humiliating punishment for them 33:57

-- For those who insult God's Messenger, there is a painful chastisement. 9:61.

As for apostasy, both the Koran and Muhammad condemn the people who commit it. Muhammad said:

"Whoever changed his Islamic religion, then kill him" (Bukhari 9.84.57

But if they repent and establish worship and pay the poor-due, then are they your brethren in religion. We detail our revelations for a people who have knowledge. And if they break their pledges after their treaty (hath been made with you) and assail your religion, then fight the heads of disbelief -- Lo! they have no binding oaths in order that they may desist. (9:11,12)[1]

All of this is anchored firmly in standard Sharia law. The death penalty for both blasphemy and apostasy is part of Islamic law according to all the schools of Islamic jurisprudence.

Raza quotes the founder of Pakistan who said he did not want a theocracy. Yet, the official name of Pakistan is "The Islamic Republic of Pakistan". What is that supposed to mean if not that the laws of Pakistan must be in accord with Islamic sharia law?

Raheel Raza should at least be honest enough to discuss these points.