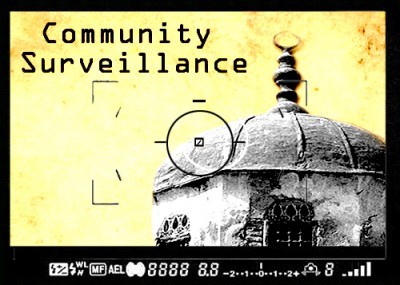 In a move designed to placate a small minority of New York City residents, the NYPD announced that it was disbanding its Demographics Unit.

The unit, which was a small segment of the NYPD's Intelligence Division, came under fire following a series of articles published by the Associated Press using leaked documents showed widespread surveillance of Muslim communities in New York and elsewhere. Following the articles, several Muslim activist groups protested against the NYPD's Counter Terrorism strategies. What came next was a series of lawsuits filed by "victims" of the Department anti-terrorism policies.

The "victims" claimed that the NYPD program had "caused a series of spiritual, stigmatic, and pecuniary losses." The last being better translated as monetary losses.

But what had the unit actually done to deserve such castigation? It collected open source information of various neighborhoods in the greater New York area – i.e. "demographics" – where it was believed the greatest likelihood of Islamic terrorists would seek to assimilate themselves while plotting terrorist acts.

This belief was not based on conjecture but on solid precedent. In the late 1980s and early 90s, a small group of Islamic terrorists congregated in several area neighborhoods and frequented a select group of mosques that were in alignment with their radical theology.

The result was the first World Trade Center bombing on Feb. 26, 1993. The investigation into that attack uncovered an additional plot to blow up several national landmarks in the New York area, including the Statute of Liberty. John Miller, the new Deputy Commissioner of Intelligence for NYPD knows these facts. He wrote about them (in part) in his book, The Cell: Inside the 9/11 Plot, and Why the FBI and CIA Failed to Stop It.

But in comments reported this week regarding the disbanding of the unit, he said the unit wasn't necessary and that the police did not need to work covertly when it comes to gathering information on a specific group.

If that is true, then the next NYPD unit that could be disbanded is the Organized Crime Control Bureau (OCCB). Formed in the 1970s, the OCCB has had enormous success against the Italian Mafia, "the Westies" of the Irish mob, Chinese Mafia, East German Mafia, and Russian Mafia and Colombian Drug Cartels using similar techniques and strategies as that of the Demographics or Zone Assessment unit. Those include surveillance, mapping, infiltration, use of informants, and covert operations.

Such a move by the Police Department would be deemed ridiculous. Is terrorism any less a threat to the city than organized crime?

The mayor and the department should listen to the entire New York City community and not a select few, or those who cry the loudest.

In regard to the allegations of illegal conduct by the Police Department in gathering information in the Muslim community at large, it should be noted the neither the FBI, the Justice Department nor the Inspector General for the CIA found evidence of illegality in the methods or strategies used by the NYPD Intelligence Division. In fact, in one of the lawsuits filed against them, U.S. District Judge William J. Martini found that the damages alleged were theoretical. The lawsuit made no claim of any actual injury.

As I noted when the opinion was issued, Martini found that it was "the Associated Press's unauthorized disclosure of the documents" that created any possible harm, not the surveillance itself, which took place wholly in public.

The plaintiffs also failed to show "that they were targeted solely because of their religion," Martini wrote. "The more likely explanation for the surveillance was a desire to locate budding terrorist conspiracies. The most obvious reason for so concluding is that surveillance of the Muslim community began just after the attacks of September 11, 2001. The police could not have monitored New Jersey for Muslim terrorist activities without monitoring the Muslim community itself."

In short, there were no illegal or harmful actions perpetrated on the Muslim community by the NYPD.

It also should be noted that the Justice Department's new rules for profiling allow the FBI to use demographic mapping as an effective tool in investigations. So the FBI will now do what the NYPD says is no longer viable. Such confusing policies often have demoralizing effects on the rank and file.

New NYPD Commissioner William Bratton recently said that the officers in the department suffered from "low morale." He blamed the previous administration for that.

So now what happens to the detectives who formerly worked in the unit? We are told they are being transferred into other divisions within the Intelligence and Counter Terrorism bureaus. They've become the scapegoats. Hopefully their careers will not be stigmatized by this action. I, for one, do not think such actions as these boost morale.

So what is the department going to do differently to address the threat of Islamic terrorism?

You can't deny it. New reports out of Yemen revealed the meeting of a large cadre of Islamic terrorists led by Nasir al-Wuhayshi, the head of al-Qaida in the Arabian Peninsula, calling for attacks on America.

"We must eliminate the cross. ... The bearer of the cross is America!" he says.

And we know that at the top of al-Qaida's list of targets in the United States is New York City.

The Department does not deny this. It posted on its website the reality of the terrorist threat in New York City and the need to protect its citizens. "New York City has experienced first-hand the threat of international terrorism and remains number one on al-Qaeda's target list," it says. "The NYPD Counterterrorism Bureau is constantly fine tuning its strategies and operations to meet this threat head on."

Which makes the announcement to disband a segment of the overall Counter Terrorism initiatives all the more confusing. It appears to be nothing more than political pandering and placing the blame where it is not deserved.

Fine tuning strategy is one thing. Finding a scapegoat to satisfy the few is quite another.

I believe the Muslims won on 9/11, judging by the increase in their political power in the years following. The number of mosques and Muslims in America has skyrocketed, while Muslim oppression and persecution of non-Muslims in the world has continued, aided and abetted by a complicit Western media. So will things continue until the Muslims achieve their ultimate goal of Muslim supremacy/Sharia, unless the idea is embraced that Islam must be eliminated from the West.

The Dismantling Of Commish Kelly's Bulwark Against Islamic Terror Plots....

There is little doubt that this move was designed to pander to the shrill exhortations of those who control the debate herein: CAIR, the propaganda arm of the Muslim Brotherhood.

And, the fact that DeBlasio is himself a notorious leftist and supporter of revolutionaries, well, it makes sense that he would be behind this move - and he is!

Some of us are more familiar than others (http://www.americanthinker.com/2010/10/terror_cop.html ) with the brilliant, out-of-the-box thinking of former Police Commish Kelly. Rest assured, most of his inroads will be stripped, one by one. NYC will pay the price, this is hardly in doubt.

When and if this foolish move comes back to bite NYPD in the butt it will be too late for reckoning what should "NOT" have been done. If you are looking to allow radical Islamists a chance to thin out the population then that may have been a good move. Terrorists are aching for the chance to cause as much damage on the North American continent as they do in Karachi and other global locations. they say "God ahead - Make my day" America and the politically correct bunch don't give a crap as long as they feel good about themselves.

Direct reflection of the current leadership

We have a serious threat to our national security when our own 'free' Press peddle's the administration's bold lies to American citizens, but also intentionally uses privileged information to undermine legal efforts to protect our country.

Before making an opinion, one must ask themself if a crime of abuse of power was committed. Obviously Judge Martini did not find one. If no crime was committed, then why the decision to disband the NYPD group. Why would the DoJ, change the rules leaving only the FBI with the powers of demographic mapping. The answers all align to President Obama.

Our 'free' Press is no longer free or professional investigative reporters; it is owned by the big machine of government power. Obama has openly told America that we should be ashamed of our behavior as a global power and defender of democracy. He held meetings in the White House with members of the Muslim Brotherhood and his lifelong ties with radical Islamist have been purposefully overlooked and swept under the carpet.

So you have an anti-American president and an equally anti-American Attorney General, Erick Holder creating laws that weaken our defenses, rob us of our freedom and increase government power. The details we see reported in the papers are mere distractions for the American people because the Press will never report the corruption and total disregard for our Constitution from the thugs in the Capital.

The country owes a debt of gratitude for all of men and women in Blue who protect us from the criminals we see every day, and we should be not so quick to judge the special groups like our NYPD group who help prevent catastrophes from ever happening.because of the intel they acquire legally.