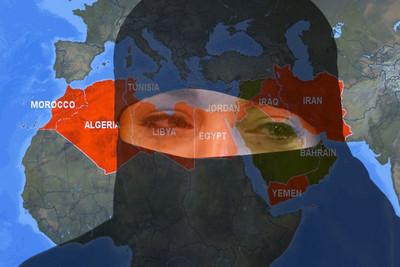 The Arab Spring, with the rising tide of hope for democracy and change it ushered in, has turned to autumn. For women it has become an Arab Winter, dark and cold and growing more perilous by the day. And nowhere is the situation worse than it is in the country where hopes for democracy and freedom were the highest: Egypt.

Such are the findings of a new Thomson Reuters Foundation poll, which showed that women are worse off today in all the "Arab Spring" countries than they were previously. Moreover, throughout the Arab region, violence against women, sexual abuse, and political oppression remain generally the worst in the world.

These findings are tragic, not only for what they reveal about the plight of women in the region, but for what they tell us about the future of the "Arab Spring" countries. "Despite hopes that women would be one [sic] of the prime beneficiaries of the Arab Spring," note the Reuters report's authors, "they have instead been some of the biggest losers, as the revolts have brought conflict, instability, displacement and a rise in Islamist groups in many parts of the region."

The poll questioned more than 300 "gender experts" in all the 21 Arab League member states plus Syria (which lost its membership in 2011) during August and September. In drawing their conclusions, researchers "assessed violence against women, reproductive rights, treatment of women within the family, their integration into society, and attitudes towards a woman's role in politics and the economy."

That Saudi Arabia did not come out as the worst of the list was surprising to many, but so was the fact that Iraq ranked as the second-worst – a long distance from where those supporting the removal of Saddam Hussein from power expected the country to be today.

Egypt's numbers are the most telling, however, exposing not just the rise in power of Islamic fundamentalist groups like the Muslim Brotherhood, but how very inevitable this result was from the start – and certainly once Hosni Mubarak was displaced. This, after all, is the country where a shocking 91 percent of all women are victims of genital mutilation, a practice clearly endemic (especially in rural areas) even under Mubarak's so-called secular reign. Since the rise of Islamist factions, however, the situation has become even grimmer, the poll indicates, with rising rates of trafficking and forced marriage.

"There are whole villages on the outskirts of Cairo and elsewhere where the bulk of economic activity is based on trafficking in women and forced marriages," Zahra Radwan, Middle East and North Africa Program officer for the Global Fund for Women, told Reuters.

That outcome might have been expected, given the nature of the Muslim Brotherhood-led government that followed Mubarak's fall. It was the Brotherhood that opposed a UN declaration on women's rights that would allow women to travel and use contraception, arguing that such a move, which "contradicts established principles of Islam," would essentially destroy society. (Russia, Iran, and the Vatican also opposed the measure.)

How bad are things in Egypt and Iraq? As No. 1 and No. 2 respectively, they are worse, evidently, even than Saudi Arabia, which is notorious for its abysmal record in its treatment of women. That ranking alone is shocking: but it also provides an insight for Westerners into the undercurrent and power of Islamic fundamentalism and Islamism in those Arab Spring countries, and the decreasing likelihood that democracy will take hold in the next decade. In fact, not only do these two countries pose greater threats to women's lives than even Somalia and Sudan, but the poll finds that the Saudis are beginning to make small strides towards opening doors to women. Saudi women, for instance, will have the right to vote in municipal elections for the first time in 2015; they recently were granted the right to practice law; and thanks to forceful activism, the right to drive may also soon be within their reach.

Indeed, listed as the survey's third worst country for women, Saudi Arabia scored "better than many other Arab states when it came to access to education and healthcare, reproductive rights and gender violence," according to the poll's authors. But even more important was their observation that thousands of younger Saudis who had traveled abroad were returning "with very different ideas about their relative places in the world."

Contrast this development with Syria, which follows Saudi Arabia as the fourth worst country for Arab women. Here, too, Westerners once hoped for a new, democratic, progressive state to rise in place of Bashar al-Assad's cruel dictatorship. "Many Syrian women worry about the influence of militant Islamists who have taken control of some rebel-held areas," Reuters reports. Young girls in refugee camps also suffer, the researchers found, where even 12-year-olds have been forced into marriage.

The report also describes a "spike in honor killings" in Syria, rising to about 300 a year, though it is unclear whether that number is a significant change from previous years. A 2007 article in the Christian Science Monitor put the number at 200 to 300 annually.

In Libya, too, where the world once held so much hope for a free and democratic future, women now face kidnappings along with random arrest, rape, and physical abuse, Reuters found. It is worth noting, however, that the physical abuse numbers may result from a rise in the reporting of such events, rather than from an increase in incidents.

The sad thing is that much of this violence could have been anticipated – and at least in part prevented. Certainly it was naïve to believe that the majority of the women who fought for Mubarak's removal were any more westernized than the majority of the men. With an illiteracy rate of 35 percent (45 percent of women), in a country where two-thirds of women between the ages of 15-49 support the practice of genital mutilation, the proverbial writing was clearly on the wall.

But far more disturbing is the picture that this paints for the future, particularly with a new Egyptian constitution that, for all its lip service to democracy, holds sharia law supreme. If Saudi women are advancing, it is thanks to a new willingness by their government to support (western) education. But such opportunities may be lost to Egypt's women, and increasingly, to their sisters in Syria, Lebanon, Libya, and even the Palestinian Territories (which scored a miserable 15 out of 22 in the Thomson Reuters study).

The inevitable result will not only be a deterioration of women's rights in these countries, but too, a growing Islamic conservatism as the curtains surrounding the windows to the West – and to the Enlightenment – begin to close. As they do, the threats will continue to grow stronger, not just to Egyptian women's lives, but to our own.

Asalways, Esman conveys the essential aspects of a horrible situation,