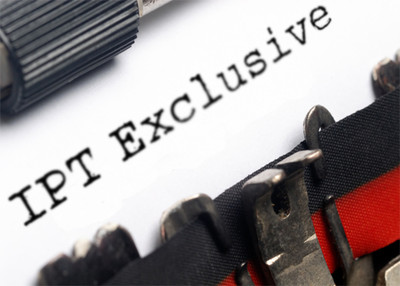 Radical Egyptian cleric Yusuf Qaradawi is considered so radical that the United States bans him from entering the country.

Qaradawi, considered the spiritual leader of the Muslim Brotherhood movement, has called for the killing of Jews and Americans.

That history makes the June 13 White House meeting with Sheik Abdullah Bin Bayyah all the more inexplicable. Bin Bayyah is vice president of the International Union of Muslim Scholars (IUMS), a group founded by and headed by Qaradawi. The IUMS has a long history of supporting Hamas –a top Hamas leader is an IUMS member – and of calling for Israel's destruction.

Nonetheless, it was the Obama administration which sought the meeting with Bin Bayyah, his website's account said.

"We asked for this meeting to learn from you and we need to be looking for new mechanisms to communicate with you and the Association of Muslim Scholars (another name used for the IUMS)," Gayle Smith, senior director of the National Security Council, reportedly said.

Bin Bayyah's June 13 account placed other senior officials in the meeting, including: Rashad Hussain, the U.S. special envoy to the Organization of Islamic Cooperation (OIC), National Security Adviser Tom Donilon and White House spokeswoman Jennifer Palmieri. But the account was later changed to delete the reference to Donilon's presence at the meeting.

Smith also thanked Bin Bayyah for "his efforts to bring more understanding amongst humanity" during the meeting, the Bin Bayyah account said.

The White House did not respond to repeated requests for comments between June 14 and Tuesday.

In granting Bin Bayyah a visa, White House officials ignored his radical statements as well as his close connection to Qaradawi. The IUMS's hostility toward Israel, and its support of terrorists, is well documented. Bin Bayyah falls comfortably in line with that view.

For example, in a 2011 statement on his Arabic-language website, he criticized the West for placing Palestinian terrorist groups such as Hamas, Palestinian Islamic Jihad and others in the same category as al-Qaida:

"[P]lacing the Palestinian resistance, which defends internationally recognized rights, on an equal footing with intercontinental terrorist organizations (al-Qaida) is not based on any moral principle and would be detrimental to the cause of the fight against terrorism and mix the cards and raises questions to the world conscience and serves terrorists."

A 2004 fatwa, issued while Bin Bayyah was an IUMS board member, sanctioned "resistance," meaning attacks on American troops in Iraq as "a duty on every able Muslim in and outside Iraq."

Jamal Badawi, a longtime ISNA board member, also is listed as a member of the IUMS Board of Trustees. Badawi has repeatedly defended Palestinian terrorism including suicide bombings. His name appears on the first page of a 1992 telephone directory of Muslim Brotherhood members in the United States, and he is listed as a fundraiser in records from the 2008 Holy Land Foundation Hamas financing trial.

Badawi's radical views fit in well with the IUMS, which has issued numerous statements against peace with Israel, calling for the "liberation of Palestine" from Jewish control. Each statement has been unyielding in calling on Muslims to destroy Israel and in forbidding them from making peace with the Jewish state.

After a board of trustees meeting in December, the IUMS issued a communique calling on Hamas and Fatah to reconcile in the name of "the core Palestinian values (including the right of return and resistance until the liberation of Palestine and its capital Jerusalem) … Meanwhile, the union calls on the scholars of the nation to continue their religious role in enlightening the local and international public concerning the dangers that this Judaization policy in Jerusalem poses for the historic unity of the Palestinian territories which is religiously impermissible to give up one inch of it."

A photo on the group's website shows Bin Bayyah was present at the meeting.

In 2009, it issued a fatwa forbidding any normalization of relations with Israel. It came on the 42nd anniversary of the Six-Day War, and Israel's capturing of the Temple Mount.

"All political, economic, and cultural dealings and all forms of normalization with the Zionist entity are considered to be a form of supporting and sustaining the occupier in its occupation of land and holy places," the fatwa said. "Moreover, such actions are considered a form of loyalty to the enemy, which is religiously prohibited; as Allah (Exalted and Glorified be He) says: 'And if any amongst you takes them as Awliya' (friends, protectors, helpers, etc.), then surely he is one of them.'(Al-Ma'idah 5: 51). In conclusion, we call on all Muslims, rulers and citizens, to undertake their role, and embark on rescuing Al-Aqsa Mosque and the Blessed Land and freeing them from the clutches of the Zionist occupation."

Just last month, an IUMS-affiliated Egyptian cleric blamed the United States and Israel for driving Egyptian opposition to the Muslim Brotherhood-dominated government. Khaled Kholif invoked the anti-Semitic forgery, The Protocols of the Elders of Zion, as evidence of his argument, the Global Muslim Brotherhood Daily Watch reported.

"If you haven't read it," Kholif said of the Protocols, "you should."

His website also indicates he spoke at the ADAMS Center, a large northern Virginia mosque, while he was in Washington June 12.

In addition to his role as IUMS vice president , Bin Bayyah also is a member of the similarly anti-Semitic Qaradawi-founded European Council for Fatwa and Research and the OIC's International Islamic Fiqh Academy, the latter of which issued a resolution in January 2003 sanctioning Palestinian suicide bombings.

Qaradawi and Bin Bayyah show a keen mutual admiration of each other in their writing. Bin Bayyah notably referred to Qaradawi as "a mountain upon whose peak there is light" and as "a great reformer" who "spreads knowledge and wisdom" in a 2008 article published by Boston cleric Suhaib Webb. Qaradawi returned the favor three days later: "The reality is that the more I have come closer to him and got to know him better, the more I have loved him…"

That article also was published on Webb's site.

And like Qaradawi, Bin Bayyah claims Palestinian violence is acceptable under international law. Islamic law's approval is a given.

Bin Bayyah endorsed a push by Muslim intellectuals to get the United Nations to criminalize blasphemy against the Muslim prophet Muhammad and Islam, saying that it causes violence.

"To people of reason and understanding: We ask everyone to ponder the ramifications of provoking the feelings of over one billion people by a small party of people who desires not to seek peace nor fraternity between members of humanity," Bin Bayyah wrote in a post last fall. "This poses a threat to world peace with no tangible benefit realized. Is it not necessary in today's world for the United Nations to issue a resolution criminalizing the impingement of religious symbols? We request all religious and political authorities, as well as people of reason to join us in putting a stop to this futility that benefit no one."

Considering that this information is readily available on the Internet, it would not have been too difficult for White House officials to uncover that both Bin Bayyah and the IUMS support Palestinian terrorism and Israel's destruction. The White House visit also raises questions relative to the degree the Obama administration is willing to go to court the Muslim Brotherhood both at home and abroad.

Qaradawi together with his Islamic gang. Wake up America. The President of the United States should make a stand against terrorist groups, especially ones that have called for the killing of American citizens and whose goal is to defeat America and replace the Constitution with Sharia law, enslaving us to the chains of Islam. America needs a Constitution abiding Patriot leading this great country. - God Bless America, Israel, the NRA and all Real Freedom Fighting Patriots.

Stupidity and apathy will be the destruction of the U.S.

It's the right thing to do

Isn't communication key to peace? Aren't we suppose to lead by example? How can an olive branch be extended between people who don't speak to each other? What's wrong with diplomacy if it leads to understanding and peace? What's wrong with all you people who would rather blindly hate and perpetuate animosity with rude and arrogant behaviour? Thank God none of you are in the White House!

The words Muslim Brotherhood and Obama are just that, empty, meaningless words to too many people. To understand how evil Obama's behavior is, one must watch the situation in Arabic and understand one word: Sharia. The Muslim Brotherhoods rants that display insanely furious body language, vicious, aggressive and fascistic tones of voice, are not realistically described in the Main Stream Media. Obama, Cameron and the like are encouraging a Hilterian type movement. Too many Americans can only surmise that there are two sides fighting each other that look alike in many ways. This Obamian flirtation and love for the Muslim Brotherhood is Caligula like. The shock of the anti Morsi regiments both here in the USA and in Egypt will lead to a type of Anti Obamism that will linger for centuries. Obama will become a figure of hate for decades to come and will live in infamy in the stories freedom loving Egyptians and Americans pass down from generation to generation.

In the end, after all is said and done, Obama has guile and treachery, but is really a simpleton on most any issue which requires study or a knowledge of history, geography; or is otherwise not pre-programmed into his angry but empty head.