Saudi sheikh Muhammad al-'Arifi denied issuing a fatwa which purportedly sanctioned the rape of Syrian women, saying that "no sane person" would issue such an edict. We regret not including that information when this column originally was published. 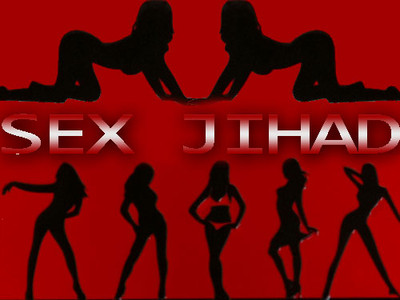 News emerged a few weeks ago in Arabic media that yet another fatwa had called on practicing Muslim women to travel to Syria and offer their sexual services to the jihadis fighting to overthrow the secularist Assad government and install Islamic law. Reports attribute the fatwa to Saudi sheikh Muhammad al-'Arifi, who, along with other Muslim clerics earlier permitted jihadis to rape Syrian women.

Muslim women prostituting themselves in this case is being considered a legitimate jihad because such women are making sacrifices—their chastity, their dignity—in order to help apparently sexually-frustrated jihadis better focus on the war to empower Islam in Syria.

And it is prostitution—for they are promised payment, albeit in the afterlife. The Quran declares that "Allah has purchased of the believers their persons [their bodies] and their goods; for theirs (in return) is the garden (of Paradise): they fight in His cause, and slay and are slain (Yusuf Ali trans. 9:111).

On the basis of this fatwa, several young Tunisian Muslim girls traveled to Syria to be "sex-jihadis." Video interviews of distraught parents bemoaning their daughters' fates are on the Internet, including one of a father and mother holding a picture of their daughter: "She's only 16—she's only 16! They brainwashed her!" pleads the father.

Most recently, the Egyptian-based news service Masrawy published a video interview with "Aisha," one of the Tunisian Muslim girls who went sex-jihading in Syria, only to regret her actions. While in Tunisia, Aisha said she met a Muslim woman who began talking to her about the importance of piety, including wearing the hijab; she then went on to talk about traveling to Syria to help the jihadis "fight and kill infidels" and make Allah's word supreme, adding that "women who die would do so in the way of Allah and become martyrs and enter paradise." (According to mainstream Islamic teaching, dying in jihad is the only guaranteed way to avoid hell.)

Aisha eventually came to the conclusion that she was being exploited in the name of religion and left.

While news that Muslim girls in hijabs are prostituting themselves in the name of Islam may surprise some, Islamic clerics regularly issue fatwas permitting forbidden things—so long as they help the jihad. For instance, not only did the original "underwear bomber" Abdullah Hassan al-Asiri hide explosives in his rectum to assassinate Saudi Prince Muhammad bin Nayef—they met in 2009 after the 22-year-old Asiri "feigned repentance for his jihadi views"—but, according to Shi'ite talk-show host Abdullah Al-Khallaf, he had fellow jihadis sodomize him to "widen" his anus to fit more explosives.

Al-Khallaf read the fatwa that purportedly justified such actions during a 2012 Fadak TV episode.

After praising Allah and declaring that sodomy is forbidden in Islam, the fatwa asserted:

However, jihad comes first, for it is the pinnacle of Islam, and if the pinnacle of Islam can only be achieved through sodomy, then there is no wrong in it. For the overarching rule of [Islamic] jurisprudence asserts that "necessity makes permissible the prohibited." And if obligatory matters can only be achieved by performing the prohibited, then it becomes obligatory to perform the prohibited, and there is no greater duty than jihad. After he sodomizes you, you must ask Allah for forgiveness and praise him all the more. And know that Allah will reward the jihadis on the Day of Resurrection, according to their intentions—and your intention, Allah willing, is for the victory of Islam, and we ask that Allah accept it of you.

While all these sex-fatwas may seem bizarre, they highlight two important (though little known in the West) points. First, that jihad is the "pinnacle" of Islam—for it makes Islam supreme; and second, the idea that "necessity makes permissible the prohibited." Because making Islam supreme through jihad is the greatest priority, anything and everything that is otherwise banned becomes permissible. All that comes to matter is one's intention, or niyya (see Sheikh Yusuf al-Qaradawi's discussion along these lines).

As for the intersection between sex and violence (jihad), it was once explored by the Arabic satellite program Daring Question, which aired various clips of young jihadis giddily singing about their forthcoming deaths and subsequent sexual escapades in heaven. After documenting various anecdotes indicative of jihadi obsession with sex, Egyptian human rights activist Magdi Khalil concluded that "absolutely everything [jihad, suicide operations, etc.] revolves around sex in paradise," adding, "if you look at the whole of Islamic history, you come up with two words: sex and violence."

Indeed, Islam's prophet Muhammad maintained that death during jihad not only blots out all sins—including sexual ones—but it actually gratifies them:

The martyr is special to Allah. He is forgiven [of all sins] from the first drop of blood [that he sheds]. He sees his throne in paradise, where he will be adorned in ornaments of faith. He will wed the 'Aynhour [a.k.a. "voluptuous women"] and will not know the torments of the grave, and safeguards against the greater terror [hell]. … And he will copulate with 72 'Aynhour (see The Al Qaeda Reader, p. 143).

One may therefore expect anything from would-be jihadis, regardless of how un-Islamic the means may otherwise seem.

Even so, this uncompromising mentality, which is prevalent throughout the Islamic world, especially along the frontlines of the jihad, is the same mentality that many Western leaders and politicians think can be appeased with just a bit more respect, well-wishing, and concessions from the West.

Such are the great, and disastrous, disconnects of our time.

Raymond Ibrahim is author of the new book, Crucified Again: Exposing Islam's New War on Christians (published by Regnery in cooperation with Gatestone Institute, 2013). A Middle East and Islam expert, he is a Shillman Fellow at the David Horowitz Freedom Center and associate fellow at the Middle East Forum.

For the first few paragraphs. I really can't argue much bcuz i do not have that much knowledge. But jihad is'nt suicide. This is also an authentic hadith that one of Muhammad (S.A.W.S)'s companions was fighting in jihad and due to the excessive pain from his injuries he used his dagger to kill himself. Muhammad(S.A.W.S) later said that that very man will go to hell for intentionally commiting suicide.

This is not Islam but Saudi inspired Salafism or Wahhabism

what has been mentioned here of the phenomenon of "sex jihad", and likewise many other nefarious practices such as suicide bombing, or mass killings, regardless of women and children, stems from the understandings of wahhabi juristic derivations, which the traditional Islam, or the real- authentic Islam that directly transmits from the Prophet Muhammad (sallahu alihye wasalam), regards it as a deviancy from the right path.

The Wahhabi heterodoxy has its roots in the Najdi culture of central Arabia, which the Prophet Muhammad (sallahu alihye wasalam) in his blessed lifetime criticized that part of Arabia for its inhabitants rigid, arid, tumultuous, deceptive characteristics and for their extremism and ignorance, in so much that he even refrained from praying for them. Wahhabism or so called Salafism is far from authentic Sunni Islam, or the true salaf(pious predecessors), and in fact Wahhabi beliefs are a blend of anthropomorphic beliefs, choatic jurisprudence, and kharijite practice (please see khawarij) which the traditional Sunni Islam, that is of the Prophet Muhammad (sallahu alihye wasalam), of his family and companions, is free and independent of.

All that one hears these days of muslims doing this or that come from either wahhabi or shiite umbrella groups, all of which are deviancy from the traditional islam.

One has to understand that in true Islam the commandments of allowed and forbidden have a basis and wisdom that serves as a criterion for them.

If that criterion is not met then that rule does not take place. In other words what is lawful and what is unlawful in Islam have a cause and effect that determine that specific command. The criterion of purity, justice, forebearing and giving is what entitles the obligations and recommended deeds, and what becomes unlawful is because of the presence of either lewdness, filth and going against the natural disposition with which we have been created, as the core in that unlawful deed

The Prophet Muhammad (sallahu alihye wasalam) said "I have been sent only to perfect good manners" and he said in another narration that the best of you in terms of morals and conduct, before Islam, will be the best after embracing Islam. Likewise he taught that one of the names of Allah which He made manifest on earth is Peace. so spread peace amongst one another, and that the example of a believer in manners, forebearance, patience and in giving to everyone is like a date-tree

So any law in Islam has to be an extension of the above principles and their objectives. Clearly one sees that notions of sex jihad has no place due to its filth root and going against the natural disposition with which Allah swt created all of us.

If one really wishes to learn the true Islam, then has to refer to teachers and sages who have their transmission back to the Prophet (sallahu alihye wasalam) himself. An example is Mevlana Jelaluddin Rumi, whose Mathanawi is a work that explains the core of the core of the Quran and what the true reality of Prophet Muhammad (sallahu alihye wasalam) and his teachings are. please click : www.dar-al-masnavi.org

Both Wahhabism that is espoused by Saudi Arabia and Jihadist groups, and Shiism that is expressed by Iran, Assad regime and Hezbollahare falsehoods that are misinterpretations of Islam

In Islam, the legal basis for temporary marriage (Nikah Al-Mut'ah) is found in the Sahih Bukhari Hadith, which is considered to be the most sacred Islamic text after the Quran.

We used to participate in the holy wars carried on by the Prophet and we had no women (wives) with us. So we said (to the Prophet ). "Shall we castrate ourselves?" But the Prophet forbade us to do that and thenceforth he allowed us to marry a woman (temporarily) by giving her even a garment, and then he recited: "O you who believe! Do not make unlawful the good things which Allah has made lawful for you

Future Islamic System to be imposed on muslims

According to Quran Hraam is only permissible in case life is at stack. The masters of Jihadis have planned skillfully to damage the face of Islam by introducing these uncivilized practices. Today is news from government of Tunis on BBC that sex women are being recruited from Tunis to do sex with many many Jihadis. Shame to such unislamic practice.

there are huge differences between extremists and moderates

Don't make a mistake, in every religion there are small extreme groups .So majority are moderate.Don't judge immediately.