The Shi'ite crescent holds its ground 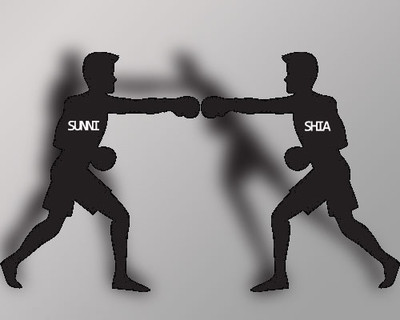 Developments in Syria are unfolding quickly, as the country's civil war takes new twists and turns every week, and the impact of the conflict on the Middle East (and beyond) is growing.

After two years of fighting and at least 80,000 casualties, it is possible to conclude that the Syrian civil war has degenerated into a long-term, regional, sectarian Sunni-Shi'ite conflict which has crossed into neighboring Lebanon and Iraq and threatens to spill over into Turkey, Jordan and Israel. No resolution to this feud is in sight.

Inside Syria, Syrian President Basher Assad's Allawite regime defied the predictions of many observers and held firm against the Sunni rebels seeking his overthrow.

In fact, Assad has begun to make gains against the rebels.

This is possible due to the growing presence of highly trained Shi'ite Hizballah battalions that, under Iranian orders, have mobilized from their bases in Lebanon and crossed into Syria to offer vital battlefield assistance to the Syrian regime's strained army.

This situation has sparked outrage across the Sunni world, and prompted Sunni religious and political figures to issue call for jihad against Hizballah, on behalf of the beleaguered Syrian rebels.

Assad hails from Syria's Allawite minority, and the Allawite sect is an offshoot of Shia Islam, the center of which is Iran.

For Iran, Assad remains its only state ally and strategic partner in the Middle East. Syria's strategic value for Iran is paramount, especially at a time when the region is awash with Sunni Islamist elements who view Iran and its Shi'ite satellites as threats and heretics.

Hizballah's deep involvement in Syria is stretching sectarian tensions in neighboring Lebanon to breaking point. Non-Shi'ite Lebanese leaders are openly describing Hizballah as a foreign Iranian entity. Such direct, public criticism was rare before the outbreak of the Syrian civil war, and indicates the collapse of Hizballah's credibility and image among Sunnis.

In retaliation, Syrian rebels have begun firing rockets from Syria at Shi'te areas in northern Lebanon that are Hizballah strongholds.

The northern Lebanese city of Tripoli is racked with gun battles between Sunni militias and armed Allawite elements loyal to Assad. The potential for a further spillover of Syria's civil war into Lebanon has risen.

Saudi Arabia and Qatar continue to fund and arm the rebels, while Turkey is providing them with territory to establish safe bases outside of the fighting zones in Syria.

Turkey and Qatar are keeping supply lines open to the Muslim Brotherhood-affiliated rebels in Syria, while Saudi Arabia is providing support for the Salafi-jihadi fighters there.

Israel wants to avoid being dragged into the volatile events developing north of its borders.

From a strategic perspective, because of its role as a backbone in the Tehran-Damascus-Hizballah axis, the Syrian regime poses a far greater threat to Israel than the Sunni rebels.

The Sunni Islamist elements fighting against Assad are lightly armed and poorly organized. The more radical rebel elements could create limited security problems, which the Israel Defense Forces should be able to contain.

Assad's fall would weaken Iran, Israel's foremost foe, and damage Hizballah, the largest terror entity in the Middle East, which has 80,000 rockets and missiles pointed at Israeli civilians. Hence, from an Israeli perspective, the threats stemming from Assad's survival outweigh those posed by extremist groups among Sunni rebels, like Jabhat Al-Nusra.

Either way, the turmoil in Syria has made it more likely that pinpoint security incidents will end up setting off larger confrontations that could drag Israel into the picture.

One such threat is the transit of Iranian and Syrian weapons to Hizballah, a development Israel has made clear it would not accept.

Iran is supplying Syria with weapons and military advisers from its Revolutionary Guards Corps to help Assad gain victories over the rebels.

For the time being, Iran has successfully safeguarded its 'Shi'ite crescent,' a continuous chain of territories under its influence.

The crescent begins in Iran, stretches over Iraq (which has a majority Shi'ite population, an Iran-friendly government, and pro-Iranian militias), and passes through Syria. It ends on Israel's border, in southern Lebanon, where Hizballah maintains a heavily armed Iran-sponsored state-within-a-state among the Shi'ite population there.

According to Israeli intelligence estimates, Assad's regime controls roughly 40 percent of Syrian territory. That number is set to grow following the retaking of the strategic town of Qusayr, which occurred due to Hizballah's assistance.

Qusayr is a strategic location for both sides in the civil war. For the Syrian regime, it links Damascus to the Allawite heartland on Syria's Mediterranean coast. The Allawite population center is Assad's main base of support, and could one day form an Allawite enclave if Syria splits into mini-states. For the rebels, the Qusayr area, close to Lebanon, served as a transit point for arms and fighters.

Buoyed by the victory at Qusayr, the Syrian regime is now turning its sights to retaking the northern city of Aleppo. The reinvigorated regime also took the bold step of sending its tanks to the Syrian Golan, near the Israeli border, to retake the region from the rebels, and seizing the border town of Quneitra.

This is a dangerous move, as it violates the ceasefire agreement with Israel, and places heavy Syrian armor a stone's throw from the IDF. Israel reportedly warned Syria against this move, and Damascus replied by saying that the tanks were only there to fight rebels. Israel will be watching that development closely.

Iran's decision to send Hizballah into Syria was a key factor in turning the civil war back to Assad's favor.

With its forces now spreading out over Syria, Hizballah's influence – and potential confrontation zone with Israel – has grown.

"People have to understand that Hizballah is now a regional party," one of its fighters said in an interview with Lebanese news site NOW.

Israel has monitored these developments closely from the sidelines. Defense Minister Moshe Ya'alon recently formulated the causes that would force Jerusalem to end its observer status and become involved in Syria.

"We are not getting involved in the civil war so long as our interests are not harmed, and so long as there is no attempt to transfer precise weapons, mainly by Hizballah, or an attempt to take control of chemical weapons or heating up the border and firing on our territory," Ya'alon said, in comments made public by the Defense Ministry.

Ya'alon noted that there were instances of attacks by the Syrian army on IDF positions on the Golan Heights, but added that the policy on returning fire was crystal clear: "As soon as our forces are fired on they are supposed to silence the source of fire." The IDF did this last month, and has since not been challenged by the Syrian army.

By contrast, the Sunni Muslim world has reacted largely with fury to the Shi'ite crescent's recent moves.

Describing Hizballah as "the party of Satan," Qaradawi called on able-bodied Sunnis to flood Syria and fight a jihad against it and the Syrian regime. "Every Muslim trained to fight and capable of doing that (must) make himself available," he said. .

"Iran is pushing forward arms and men (to back the Syrian regime), so why do we stand idle?"

An Egyptian Muslim Brotherhood member said his organization can send 12,000 men to fight Hizballah in Syria, according to a report by the Middle East Media Research Institute (MEMRI). The Institute also cited religious scholars attending a Doha conference as calling for the "gates of jihad" to be opened "to liberate Syria from the Assad regime."

Hamas is in a particularly uncomfortable bind. Originally an ally of Assad, and once the proud recipient of Iranian aid, Hamas has abandoned the Syrian regime and fallen in line with its Muslim Brotherhood colleagues in Egypt in supporting the Sunni rebels.

This has cost Hamas dearly in Iranian financial support, with Iran cutting its aid program for Hamas in Gaza by $23 million a month.

East of Syria, the sectarian conflict has spilled over into Iraq. Nearly 2,000 Iraqis were killed in April and May in sectarian bombings and shootings alone. The upsurge in violence in Iraq – the worst since the 2006-07 sectarian strife – is a result of fresh Iraqi wounds being reopened by events in Syria. Sunnis in Iraq are feeling discriminated against and resentful of the Shi'ite Al-Maliki government in Baghdad, and are emboldened by the uprising launched by their fellow Sunnis in Syria. Al-Qaida-affiliated Sunni groups in Iraq, most notably the Islamic State of Iraq (ISI), has set up fighting cells in Syria too, and is carrying out active combat and jihad missions in both states.

The Sunni and Shi'ite nature of the Syrian conflict is likely to keep the main players and their backers engaged with one another for years to come.

As the conflict draws on, its most defining features are volatility and unpredictability. The battle has turned in Assad's favor now, but the rebels could rebound later.

And Western intervention remains possible if localized use of chemical weapons by the regime reoccurs. Russia, an Assad supporter, virulently opposes such an escalation, meaning this regional conflict could turn into a global showdown between Washington and Moscow.

In addition, Syria has what is probably the world's largest arsenal of Sarin mustard gas compounds and VX nerve agents, making the situation even more volatile.

Some 1.6 million Syrian refugees have fled their homeland, resettling in neighboring countries which are unequipped to care for them, and upsetting the demographic balance in places such as Lebanon.

Just south of the chaos, Israel is preparing itself for all scenarios, based on the understanding that a flexible military is best suited for dealing with an environment which is changing faster than ever before.

The Shi'ite crescent has proven its willingness and ability to safeguard Assad's regime, and those who were quick to eulogize the Syrian leader now know that when it comes to the Syrian civil war, prophecies are worthless.

The Christians of Syria don't fear the Syrian armed forces. On the contrary they fear Sunni Takfiri fanatics and a host of other barbaric terrorist groups. The author is also playing "the Sunni card." Strange because vast numbers of Syrian armed forces are Sunni and clearly Syria is pro-Palestinian and most Palestinians are Sunni.

The author appears to be egging on Sunni sectarian elements by highlighting the numbers of Shia compared with Sunni Muslims. I guess we could say the same about Jews in Israel being a clear minority in the Middle East region.

I conclude that the author may state "rebels" about the "terrorists" who did September 11?