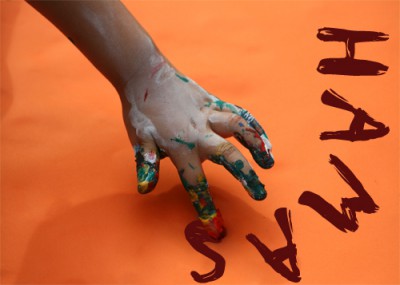 At a time Hamas is vowing to kidnap more Israelis, some Egyptian leaders are pressuring the European Union (EU) to treat Hamas as a partner in settling the Middle East conflict.

And as Muslim Brotherhood officials use increasingly hostile rhetoric toward the Jewish state, senior American officials are reaching out to the group.

Egypt believes the recent prisoner swap freeing kidnapped Israeli soldier Gilad Schalit could be a catalyst for dialogue between Hamas and the EU.

Tarek Fahmy, of the Egyptian research groups National Centre for the Study of the Middle East, told the Egyptian newspaper Al-Mesryoon that Schalit's release gives the West an opportunity to talk with Hamas, and that it has begun to take the group seriously as an Islamic movement associated with the "Arab Spring." Hamas wants to be regarded as a legitimate entity rather than a terror organization, he said, and this convergence of interests could be a basis for discussions with the West.

But Hamas has shown no inclination to change its violent behavior. The head of the terror group's military wing, the Izzedin al-Qassam Brigades, promises to kidnap more Israeli soldiers. "We will continue to abduct Israeli soldiers and officers as long as there are Palestinian prisoners in Israeli jails," said Qassem Brigades boss Ahmed Jabari.

Hamas' military wing has "taken it upon themselves to empty Israeli jails of all prisoners regardless of their political positions or their ideology," Jabari said.

Jabari called the day that Israel freed 477 prisoners in exchange for Schalit, including persons responsible for murders like this, this, and this, the happiest day of his life. Following their release, Hamas brought many of the freed terrorists to a luxury hotel.

Muslim Brotherhood leaders also view the release as "a milestone in the history of the Palestinian cause" and said the prisoner swap "confirmed the success of the 'resistance option' (terrorism)."

In a message posted on the Brotherhood's website, Supreme Guide Mohammed Badie said the Hamas prisoners would not have been freed without the Schalit kidnapping. "The deal also proved that Israel only understands the language of force and resistance," he said. "This language is able, with God's permission, to liberate the Palestinian people suffering under the captivity of the Zionists."

Anti-Semitism and advocacy of terrorism, including suicide attacks, have been recurring themes of Muslim Brotherhood leaders. In an Aug. 23 interview with Radio Free Europe/Radio Liberty, Essam el-Erian, another Brotherhood leader in Egypt, said Israel had no right to exist as a Jewish state:

"Existence of a state for Jews is against all rules of states all over the world."

In a July interview with journalist Michael Totten, Erian called Hamas "a resistance group fighting for freedom and the liberation of their land from occupation." Their land "is occupied by the real terrorists (Israelis)." Suicide bombings did not constitute terrorism, he said, because Hamas is fighting "for liberty."

In a July 9 interview with NBC News, he stated that "Israel cannot tolerate peace" because "they want to live in war. It is the history of Jewish people."

This bigotry has not dissuaded Obama administration officials from reaching out to the Brotherhood. Press reports indicate that in early October, senior U.S. diplomats, including a member of the National Security Council and the first secretary of the U.S. Embassy in Cairo, attended a meeting in Cairo with the secretary general of the Freedom and Justice Party, formed by the Brotherhood following the ouster of President Hosni Mubarak earlier this year.

In February, National Intelligence Director James Clapper told the House intelligence Committee that the Brotherhood was "largely secular" and sought "a betterment of the political order in Egypt." The MB, he said, had "no overarching agenda, particularly in pursuit of violence, at least internationally."

The reality is very different. Hamas is an outgrowth of the Brotherhood and the Schalit deal is among the many ways the two groups remain in sync. There has been no sign of Hamas modifying its violent agenda, one that ultimately calls for Israel's destruction.

In Gaza, Hamas-affiliated newspapers have given extensive coverage to support for additional kidnappings voiced by Saudi cleric Awad al-Qarni. After an Israeli family offered a $100,000 reward for the capture of the terrorist who murdered a relative, Qarni vowed to award $100,000 to any Palestinian who kidnapped an Israeli soldier.

Palestinians say that people who think Hamas would abandon its charter calling for Israel's destruction and accept a two-state solution "are living in an illusion," according to Jerusalem Post reporter Khaled Abu-Toameh. "The prisoner agreement has sent the message to Palestinians that Hamas's 'resistance methods,' and not peace talks, are the only way to force Israel to comply with Palestinian demands."

Unfortunately, there are too many "dogs with black clothes"

in the Muslim's world.

I am surprised from the west why they dealing with the brotherhood, do they need to return back the people of the Middle East to the old ages? Brotherhood present the darkness, every body should work together to finish the Muslim gangs, It looks to me sometimes while you are talking about freedom and democracy when you are fighting Syria as example, that all the West are lie, Please do not talk about that you care for human being, because the democracy you do not have it too. Brotherhoods are dogs with black clothes