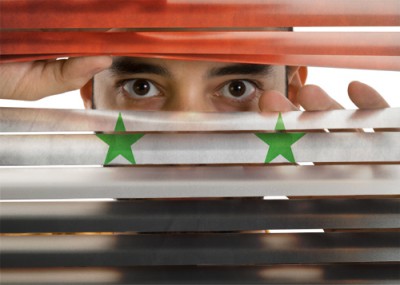 A Virginia man has been indicted on charges he helped the Syrian intelligence service spy on dissidents in the United States.

He is charged with conspiracy to, and acting as, an agent of a foreign government.

"The ability to assemble and protest is a cherished right in the United States, and it's troubling that a U.S. citizen from Leesburg is accused of working with the Syrian government to identify and intimidate those who exercise that right," Neil MacBride, U.S. Attorney in the Eastern District of Virginia said in a statement. "Spying for another country is a serious threat to our national security, especially when it threatens the ability of U.S. citizens to engage in political speech within our own borders."

Soueid is a naturalized citizen from Syria, the indictment said.

Syrian dissidents in the United States and elsewhere in the world have raised concerns that their activities were being monitored. And Soueid was included as a defendant in civil litigation filed by Syrian dissidents in May, described as "an integral part of the criminal conspiracy to torture, maim and kill Syrians. Through his efforts, the al-Assad regime learns the identities of Syrians based in the United States, who are trying to assist in the efforts to counteract the tactics of the al-Assad regime. He transmits such information to Damascus to initiate criminal conduct against the families of the identified Syrians."

Soueid met with President Bashar al-Assad during a trip to Syria in late June, travelling Syria "on behalf of the Government of Syria," the indictment said. He also met repeatedly with the Mukhabarat handler. Upon returning, Soueid allegedly emailed his handler a picture of himself with Assad.

Days later, he bought a Beretta .40 caliber pistol from a dealer in Lorton, Va. and gave a false address. The indictment offers no explanation for the weapon purchase. But the transaction led to two counts.

He denied everything when FBI agents interviewed him Aug. 3, leading to two counts related to false statements. The day after that meeting, he changed his long distance calling card and alerted his Syrian handler, the indictment said.

Soueid is scheduled to make an initial appearance in federal court Wednesday afternoon. His arrest marks the second instance announced in two days involving espionage in and around Washington, D.C.

On Tuesday, a complaint was unsealed against a Texas man accused of plotting with Iran's Revolutionary Guard Quds Force to assassinate Saudi Arabia's ambassador in Washington. That plot was broken up when a Drug Enforcement Agency informant, posing as a representative from a ruthless drug cartel, received wire transfers as a down payment for a bombing attack targeting the ambassador.