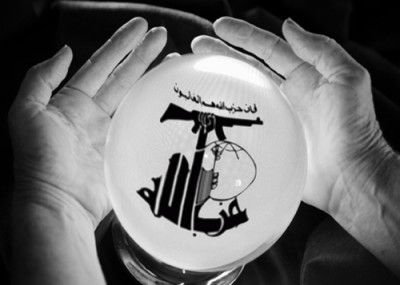 Syrians have peacefully demonstrated for change in their country for nearly five months, only to be met with a murderous wave of terror from their own government. Government forces have killed more than 2,000 demonstrators, human rights activists say. Tens of thousands more Syrians have become refugees, fleeing from President Bashar Assad's rampaging security forces.

In deference to Turkey, which wants Assad to remain in power while instituting "reforms," the Obama administration has stopped short of calling for the dictator's ouster. On Wednesday, the Treasury Department announced additional sanctions against Syria, and the White House said Syria would be "better off" without Assad.

Whether Assad continues to use brutal force to cling to power or is toppled, what happens in Syria could send neighboring Lebanon toward its most tumultuous period since its bloody Civil War ended in 1990. The loss of a reliable ally in Damascus - coming as Hizballah tries to fend off a United Nations tribunal implicating its members in the 2005 car-bombing assassination of Lebanese Prime Minister Rafik Hariri - could prompt the Shiite terrorist group and its Iranian patrons to provoke a new war between Lebanon and Israel, analysts say.

Hizballah has been trying to discredit the United Nations Special Tribunal for Lebanon. On July 29, the tribunal, located in The Hague, Netherlands, announced the names of four Hizballah operatives it indicted in connection with Hariri's assassination.

Sources close to the tribunal have said the working assumption for its investigation is that the order for the killing came from the Syrian leadership (possibly in coordination with Iran) and that a unit within Hizballah may have been given a contract to kill Hariri.

Taken together, the Syrian revolution and Hariri investigation are making life uncomfortable for some of the most powerful players in the jihadist terror world today: Hizballah and its state sponsors in Tehran and Damascus.

Tony Badran, who monitors developments in Syria and Lebanon for the Foundation for the Defense of Democracies, believes Assad will be ousted. This development would be a "major blow" to Hizballah's ability to re-supply its forces with weapons, he said. Sending weapons through Syria is the "cheapest, most direct way" for Iran to send weapons to its terrorist proxy, and having a friendly regime in Damascus provides Hizballah with critical strategic depth.

"The balance of power in the region would change," Badran told the Investigative Project on Terrorism. With the loss of Syria - a strategic ally of the Islamic Republic for more than three decades - "Iran would no longer be seen as ascendant in the region."

Both Hizballah and Syria have worked to derail the Hariri investigation. In October, Damascus issued arrest warrants charging 33 people, many of them international and Lebanese officials, with misleading UN investigators about the case. In January, Hizballah and its allies toppled the Lebanese government headed by Prime Minister Sa'ad Hariri, Rafik's son, in a dispute over government cooperation with the tribunal.

Five months later, Lebanese Prime Minister Nijab Mikati (appointed head of a caretaker government following Hariri's ouster) announced formation of a government dominated by Hizballah and its allies. Until June, the pro-Hizballah bloc held 10 of 30 Lebanese Cabinet ministries. In the new Cabinet, it holds 18, ample opportunity to influence government actions in favor of the radical group, which receives an estimated $100 million to $200 million annually from Iran.

Hizballah and company could "interrupt any real cooperation with the court," said Walid Phares, a Middle East scholar and advisor to members of Congress and the European Parliament. "There will be no arrests, no further information given to the tribunal."

Hizballah and its allies exercise "de facto control over Lebanon's national security apparatus," said Phares, professor of global strategies at the National Defense University. In effect, a "war room in Tehran" can decide which Lebanese military officer gets sent to Caracas and which security officer controls Beirut International Airport and who "will end up getting training in Washington and walk in the halls in the Pentagon."

For many Lebanese, the indictments confirm what they already believed: that Hizballah, along with Damascus and Tehran, is "behind the assassination of Hariri and many other Lebanese politicians," said Phares. Sa'ad Hariri has been outside Lebanon since April, reportedly fearing that Hizballah and Syria are planning to kill him.

The four accused of murdering his father include Mustafa Badreddine, a senior Hizballah commander and brother-in-law of the late Hizballah military operations chief, Imad Mugniyeh. Mugniyeh, who masterminded scores of attacks, including the 1983 bombing of the U.S. Marine Barracks in Beirut that killed 241 American service members, is also believed to have directed Hizballah military operations during its 2006 war against Israel. Israel is widely suspected of carrying out Mugniyeh's February 2008 assassination in Damascus.

Badreddine reportedly was appointed Hizballah's military operations chief to replace Mugniyeh. He is a member of Hizballah's Shura Council, the organization's top governing body. Badreddine is said to have trained Mugniyeh in bomb building. In the early 1980s, the pair served in the "Oppressed on Earth," an Iranian-backed Shiite militia that evolved into Hizballah.

Badreddine (operating under the Christian alias of "Elias Saab") was one of the "Kuwait 17," a terrorist cell that organized a coordinated series of bomb attacks on targets including the U.S. embassy and French embassies, Kuwait's main petrochemical plant and airport, and a residential neighborhood. Six people died in the December 1983 bombings; hundreds more would have been killed if the bombs had not malfunctioned. Badreddine was convicted and sentenced to death by a Kuwaiti court for his role in the plot. During the 1980s, Mugniyeh orchestrated a series of hijackings and kidnappings in an effort to free his brother-in-law. Badreddine escaped from jail in the chaos that followed Iraq's August 1990 invasion of Kuwait and disappeared.

In a televised address last month, Hizballah leader Sheikh Hassan Nasrallah praised Badreddine and the others charged with killing Hariri, calling them "brothers with an honorable past." They would not be extradited to the Netherlands for trial "even in 300 years," Nasrallah said, and he vowed to "cut off the hand" of anyone who tried to do so. Nasrallah denounced the tribunal as part of an "American-Israeli conspiracy" to reignite the Lebanese civil war, and claimed Israel was behind Hariri's assassination.

The threats don't appear to be having much of an effect. The international police agency Interpol is searching for the suspects. Tribunal officials have indicated that it may soon release information linking the suspects to other assassination attempts in Lebanon. Badran suspects the four are in Iran or are in hiding in Lebanon under Hizballah's protection, and says there are rumors that one individual involved in the plot may have been "liquidated" to silence him.

A critical question is whether Hizballah and/or Assad will try to divert attention from their domestic problems by going to war against Israel on issues such as the current Israel-Lebanon maritime dispute. For more than 40 years, the Assad family has used the Israeli "threat" to justify dictatorship. But today, as Bashar Assad seeks to crush pro-democracy demonstrations, the old formula isn't working very well.

On May 15, Assad tried to capitalize on hostility towards Israel by sending Palestinians to swarm the border with Israel to commemorate "Nakba" (catastrophe) Day, the date of Israel's founding. Three weeks later, he tried the same tactic again on Naksa Day - the 44th anniversary of the Six-Day War. Neither action has helped him silence the Syrians protesting against his regime.

Recent reports have indicated Hizballah has been moving equipment and weaponry from Syria into Lebanon. This could be read as preparation for war with Israel - a desperate attempt to divert attention from Assad's slaughter of his own citizens by going to war against the Zionist enemy.

But Badran said the movement of weapons may be something different: an indication that Hizballah is worried that Assad will fall, and that the organization may lose access to storage facilities in Syria.

After plunging Lebanon into war with Israel in 2006, Hizballah substantially strengthened its military arsenal. It promises that all of Israel will be targeted in a future conflict.

Nasrallah likely understands that if he acts on his threats and provokes Israel into war as he did in 2006, he will trigger massive retaliation. But in the end, neither Hizballah nor Syria will make the decision on provoking Israel into another war. That will be decided by Iran, Badran said.

Yet given Assad's weakness, it may be too late to save him by starting a war. Doing so could result in "a badly damaged Hizballah without making any difference in Assad's fortunes," he added.

Badran is sharply critical of the Obama administration's handling of events in Syria. As Syrians have risked their lives for freedom, he wrote last month, Washington "is now helping confer legitimacy on [Assad's] farcical 'reform 'process," consisting of a meeting with a handpicked group with no influence over the Syrians protesting across the country. U.S. Ambassador Robert Ford's support for the conference "did little other than to provide US cover for this crude propaganda."

Badran added that, in June, Secretary of State Hillary Clinton emphasized that Syria's neighbors are working "behind the scenes" in an effort to get Damascus to stop "engaging in horrific, revolting attacks on its own people." In practical terms, this strategy has meant that instead of recognizing the inevitable - that Assad must go - Washington has ceded the lead diplomatic role to Turkey, which is pushing Assad to institute "reforms" instead of declaring him an illegitimate leader.

U.S. policy towards Syria over the past five months has been characterized by "dithering and incoherence," Badran told the IPT. "Nobody knew where the president was on this. There's been a lot of hand-wringing."