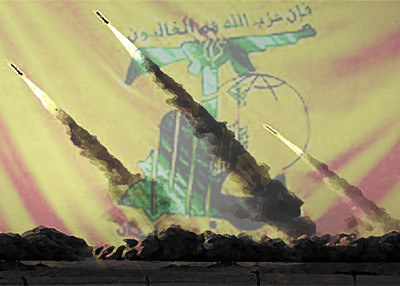 Hizballah plans to empty its storehouse of 40,000 missiles in a new war with Israel, including sending 100 missiles per day toward Tel Aviv, U.S. diplomatic cables show.

The cables, released by Wikileaks to Israeli newspapers this week, are based on Israeli intelligence and defense assessments provided to their American counterparts in November 2009, Haaretz reports. Hizballah believes it can maintain that pace for two months, sending 6,000 rockets at Israel's most populous city. It's a fraction of the thousands of total number of rockets the terrorist group is prepared to fire at civilian areas.

"The IDF and Israel Defense Intelligence argued that Hezbollah's ultimate goal during any future conflict is to launch a massive number of missiles and rockets daily into Israeli territory, including those that can reach the Tel Aviv area," a U.S. cable summarizing the meeting said.

Hizballah did not have the weaponry to hit Tel Aviv during the 2006 war, when it fired 4,000 missiles at Israeli cities. Tel Aviv is prepared if it happens in the future, said Mayor Ron Holdai. "We live in Israel, and we have threats made to us all the time. If something were to happen we could cope," he said.

In what was interpreted as a lead-up to possible hostilities, the Israeli Defense Forces (IDF) recently released a map of what it said were 1,000 Hizballah facilities spread throughout southern Lebanon. Many of them were built near civilian areas, including hospitals, schools and homes.

"According to IDF intelligence, since the end of the Second Lebanon War in 2006, Hezbollah has built as many as 550 bunkers in the southern Lebanon region, holding various weapons. In addition, the organization has built 300 underground facilities and 100 storage units for munitions including rockets, missiles and other weapons," an IDF statement said.

Meanwhile, Israel's Iron Dome missile defense system successfully intercepted its first two rockets fired from Gaza Thursday. But there are only two units operating at this point, with a goal of having six within a year with the help of $200 million in U.S. aid. Some will be deployed along the border with Lebanon. A companion system for longer range missiles also is in the works.

"Over the course of the coming decade, we will reach a point of massive defense of the state," said Defense Minister Ehud Barak.

Hizballah is not likely to wait that long. According to Israeli defense officials, the group remains obsessed with avenging the assassination of Imad Mughniyeh, its former military commander, in a car bombing blamed on Israel.

Former CIA officer Robert Baer called Mughniyeh "the most dangerous terrorist we've ever faced." He was implicated in Hizballah attacks ranging from the bombing of a U.S. Marines barracks in 1983 to the bombing of Israel's embassy in Argentina in 1992.

In other cables released this week, Israel accused Turkey of violating United Nations and U.S.-imposed sanctions on Iran meant to curb its nuclear weapons program. In comments to a French diplomat forwarded to American officials, Israel was "convinced that Iran is continuing to ship weapons to Syria via Turkish territory, possibly with the knowledge of Turkish authorities."

Turkey, the Israelis said, was "'becoming a platform' for Iran to evade financial sanctions," Haaretz reports.

Turkish Prime Minister Recep Tayyip Erdoğan has moved his country away from Western nations in seeking stronger ties to Islamist states like Iran.

In contrast, Bahrain's King Hamad ibn Isa al-Khalifa boasted to the American ambassador in 2005 about his "contacts with Israel at the intelligence/security level (ie with Mossad) and indicated that Bahrain will be willing to move forward in other areas."

Bahrain is among a number of Middle Eastern states facing popular uprisings. There, a Sunni minority rules over a Shiite majority. Saudi Arabian military units have provided support for al-Khalifa's regime.

I will not wait until Hezbollah begins emptying its missiles' storehouse, I will be preemptive and surprise the things and bomb all of Hezbollah's installations now. If Israel waits until Hezbollah finds the excuse to attack, what it experienced in 2006 Second Lebanon War will be a walk in the park by comparison.