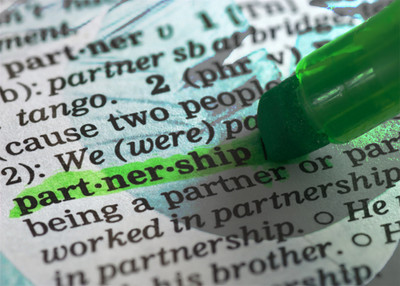 Pakistan's Inter-Services Intelligence Directorate (ISI) exercises "control over the most important operatives" of the Lashkar-e-Tayyiba (LeT) terrorist group and government officials have rebuffed American pressure to arrest a key terrorist operative out of fear his prosecution would implicate Pakistan military leaders.

Those are among the findings in a recent investigation into Pakistan's complicity with terrorists by ProPublica, an independent news outlet.

It's the latest in a series of stories from reporter Sebastian Rotella into the "double game" many suspect Pakistani intelligence plays. It remains a key ally in the U.S. war on al-Qaida and the Taliban, but finds its officers implicated in terrorist actions by LeT and others.

The November 2008 attacks on targets throughout Mumbai, India provide one of the most prominent examples. A three-day siege ended with 166 people killed, among them six Americans. Terrorists tied to LeT had close relationships with Pakistani military and intelligence services. Rotella's investigation chronicles the actions of Sajid Mir, the LeT commander and retired Pakistan Army major who directed the slaughter by telephone from a safe house in Karachi.

Mir spent two years conducting reconnaissance of Indian terror targets using David Coleman Headley, a Pakistani-American businessman. U.S. officials believe that ISI officers "recruited and trained Headley in spying techniques, then ran him as an agent in tandem with" the LeT, Rotella reports. "Pakistani military officers funded and directed Headley's reconnaissance team in India, supplied tactical advice for the Mumbai attack and participated in a follow-up plot against Denmark, according to Indian officials."

Following his October 2009 arrest by U.S. authorities, Washington provided a team from India's National Investigation Agency with direct access to Headley. ProPublica obtained a copy of the resulting report, which showed that in addition to saying ISI controls important LeT operatives, Headley said that every chief of LeT "is handled by some ISI official." Headley also identified an ISI brigadier general who served as handler for Zaki ur-Rehmane Lahkvi, Lashkar's military boss.

That confession to Indian investigators "confirms the assessment of foreign intelligence agencies," Rotella wrote. "In exchange for ISI funding and direction, [the LeT] has steadfastly avoided attacking the Pakistani state."

Headley's relationship with the ISI started in January 2006 after the agency detained him for attempting to smuggle arms into India. He met with an ISI officer named Major Iqbal, who became his main handler. Major Iqbal and another Pakistani officer "promised Headley financial support for terrorist operations against India," ProPublica reported. "Iqbal secured standard intelligence training for Headley, teaching him how to detect surveillance and develop sources." Headley said the intelligence training he was able to obtain through Major Iqbal was superior to what he received in LeT training camps.

Headley also identified Hafiz Muhammad Saeed, leader of Jamaat-ud-Dawa (JUD), a Pakistan-based Islamic charity that serves as a front for the LeT, as the "mastermind" of the Mumbai attacks. Headley also provided the names of Mir and the other terrorist handlers who orchestrated the attacks from Pakistan.

The close connections between the LeT and ISI were detailed in the 11th dossier of evidence documenting Headley's confessions about the Mumbai attacks. India had already submitted 10 other dossiers to Pakistan citing evidence linking the Pakistani military and intelligence service and LeT members to Mumbai. The 11th dossier provides details of Headley's meetings with his terrorist handlers in Pakistan, including Saeed, Mir and ISI officials. The meetings in took place Lahore and Muzzafferabad, Pakistan in the months before the Mumbai attacks.

Pakistan's place as an American ally in Afghanistan was secured by threat of force. According to former President Pervez Musharraf, Deputy U.S. Secretary of State Richard Armitage demanded that Islamabad end its dual-track approach to terror - cooperating with U.S. anti-terror efforts while simultaneously providing aid and sanctuary to some jihadist groups.

Armitage warned Pakistan's intelligence chief of catastrophic consequences if the situation did not change. "Be prepared to be bombed. Be prepared to go back to the Stone Age," Musharraf said he was told.

Nearly 10 years later, Pakistani officials denied any active military officers were involved in the Mumbai plot and told ProPublica that hundreds of ISI officers have been killed in clashes with jihadists. They claimed not to know any Major Iqbal and suggested that someone may have attempted to "impersonate" ISI or Pakistani Army officials.

But Rotella's reporting bolsters the case for Pakistani intelligence and military involvement in the Mumbai terrorist operation. Telephone and e-mail evidence corroborates Headley's contact with Major Iqbal, U.S. and Indian officials said. For example, U.S. and allied security intelligence and security officials said that Major Iqbal gave Headley $25,000 in the summer of 2006 to pay for expenses and establish his cover at an immigration-consulting firm in Mumbai which Headley used to gather intelligence and scout potential terror targets.

Still more troubling information comes from a leaked diplomatic cable from Secretary of State Hillary Clinton claiming that Saeed and Lakhvi, prime suspects in the Mumbai attacks, continued to run LeT operations from prison in Pakistan. Another cable, also released by Wikileaks, suggests that sanctions targeting JUD were undermined when a Pakistani government official tipped the group off in advance, enabling it to remove funds from a targeted bank account.

U.S. officials told ProPublica they have urged Pakistan to arrest Mir and other suspects in the Mumbai attacks. "We put consistent pressure on the Pakistanis to deal with [LeT] and do so at the highest levels," said a senior counterterrorism official.

But U.S. officials also say that "A U.S. prosecution could implicate Pakistani military chiefs who, at minimum, have allowed [LeT] to operate freely," according to ProPublica. Moreover, "Pressure on Pakistan to confront both the military and LeT could damage counterterrorism efforts."

"It's a balancing act," a high-ranking law-enforcement official told Rotella. "We can only push so far. It's very political. Sajid Mir is too powerful for them to go after."

Forcing the Pakistani government to do that, he claimed, might undermine their ability and/or willingness "to go after the Taliban and al-Qaida."

LeT & Al Quaieda are, of course, simply, Islam. If Pak isn't fighting Islam all of the way, only Al Q but not LeT, they're, of course, not fighting Islam, which no one should expect at all from a Muslim country. U.S. political & military leaders continue to have their collective heads in the sand, endangering us all. God rest the souls of those barbarically slaughtered in Mumbai, including the 2 wonderful Jewish leaders who never stopped helping others constantly, Gavriel & Rivka Holtzberg, 29 & 28 years old. God should pour out His just Wrath on these sub-insects who torture murder the innocent.

Just because Pakistani military forces are being killed in fights with terrorists does not mean that they are not supporting the jihad effort. Those military leaders don't give one fig about the soldiers being killed. You can take that to the bank.