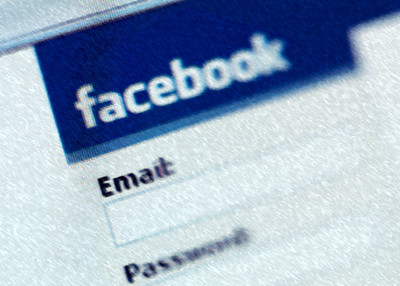 "When are these crusaders gonna realize they can't win?," Baltimore bomb plotter Antonio Martinez boasted on his Facebook page on August 4th. "How many more lives are they willing to sacrifice. ALLAHUAKBAR." As details emerge about the plot to bomb a military recruitment center in Baltimore, MD, one thing is clear—Facebook is having a coming out party as the new go-to place for Jihadi recruitment, radicalization, and planning.

According to an internal DHS memorandum from early 2010, "jihadi supporters and mujahideen are increasingly using Facebook, one of the largest, most popular and diverse social networking sites, both in the United States and globally, to propagate operational information." While the DHS report, reported on earlier today by FoxNews.com, provides an academic study of terrorist groups' infiltration of social networking sites, an IPT analysis of the Facebook accounts of Martinez and his friends and associates shows that the threat is very real.

Facebook features pages devoted to convicted and suspected terrorists, radical clerics, and terrorist organizations. One page, dedicated to Faisal Shahzad, who's now serving a life sentence for trying to detonate a car bomb in Times Square, has been "liked" by 30 people. Another page for Omar Hammami—aka Abu Mansoor al-Amriki—a Daphne, Ala., native now serving as an operational commander for al-Shabaab in Somalia, has been "liked" by 26 people. Anwar al-Awlaki, a leader and spiritual advisor to al-Qaida in the Arabian Peninsula (AQAP), has 24 supporters. Al-Awlaki has been designated by the United States government as a terrorist; Hammami has been indicted for his close personal links to the designated, al-Shabaab.

Martinez's page includes links to numerous nasheeds—Islamic-oriented songs, often sung a capella—most of which appear to have been originally published by al Qaida's As-Sahab Media. Commenting on one such video of jihadis engaging in acts of terrorism, Martinez writes "ALLAHUAKBAR!!!!!!" On another, he explains "Shaheed is the goal and the women of paradise is waiting. So why are we delaying o brothers? Lets meet our wives in the paradise inshallah and reap the fruits of the 1 who struggles for Allah and His deen."

A friend of Martinez who goes by the name Mohamed Momo, lists Faisal Shahzad, Anwar al-Awlaki, and As-Sahab Media among his interests. Momo's list of friends on Facebook includes a smorgasbord of likely jihadist-sympathizers—judging from the contents of their profiles—mixed in with well known American Islamists. One such individual is Imam Siraj Wahhaj, the spiritual leader of Masjid at-Taqwa in Brooklyn, N.Y. Wahhaj has had a long history of virulent speech against America and Jews, and appeared on a list of unindicted co-conspirators during the trial for the 1993 bombing of the World Trade Center. Additionally, Wahhaj served as a defense character witness on behalf of the planner of the attack, Omar Abdel-Rahman (aka the "Blind Sheikh").

Reviewing these pages, the case against Martinez presents a perfect example of how terrorists—who have traditionally sought to exploit new and alternative media—are increasingly turning to social networking sites to spread propaganda, direct users to more radical websites and forums, exchange operational and tactical guidance, and for reconnaissance and targeting purposes.

Terrorist organizations and their supporters have consistently utilized developing technologies to spread their message, and social networking sites are only the newest method. Highlighting the use of Facebook to "share operational and tactical information," and "as a gateway to extremist sites and other radical content," the DHS report demonstrates how radicals have taken to the web to promote their message of hate.

In one example, DHS explained, "explosives related material, informational videos with titles such as 'tactical shooting,' 'getting to know your AK-47,' 'how to field strip an AK-47,'" were collected from a Facebook group with over 2,000 members. "Links to al-Qaida videos on YouTube, propaganda videos featuring wounded and dead Palestinians in Gaza, and videos promoting female suicide bombers were all openly accessible as well."

DHS also highlights how more than simply posting radical propaganda, Facebook is increasingly being used for its discussion forums to "spread ideological, tactical, and operational information." As an example, the report references a statement on a forum by a known radical:

"This [Facebook] is a great idea, and better than the forums. Instead of waiting for people to [come to you so you can] inform them, you go to them and teach them! God willing, the mujahideen, their supporters, and proud jihadi journalists will [use the site, too]. [First,] it has become clear that the market of social networking websites is developing in an astonishing manner and that it fulfills important needs for Internet users, particularly younger ones."

Finally, and a threat that the DHS report appears to recognize is still in its infancy, Facebook is increasingly being used for "remote reconnaissance for targeting purposes." The Shin Bet security agency has recognized terrorist use of social networking sites for remote reconnaissance, warning Israeli soldiers about posting sensitive information: "terror organizations are using these [social networking] sites to tempt Israelis to meet up in person in order to either abduct them, kill them or recruit them as spies."

While the DHS report provides anecdotal evidence of Facebook's use by radicals and terrorists, the case of Antonio Martinez and his Internet ilk demonstrate the severity of the threat.

TO ALL JIHADISTS OUT THERE

tO ALL JIHADISTS GET TOGETHER AS ONE AND BLOW YOURSELF UP.

tHERE ARE NO VIRGINS WAITING FOR YOU IN HEAVEN YOU BRAIN WASHED IDIOTS.

gOD WANTS EVERYONE TO LOVE ONE ANOTHER NOT KILL JUST BECAUSE YOU HAVE A DIFFERENT RELIGION GOD LOVES ALL PEOPLE . WHEN YOU CAN UNDERSTAND THIS IS TRUE THAN YOU CAN PEACE IN YOUR HEARST UNTILL THEN YOU WILL HAVE A HEAVY HEART .AND AS LONG AS YOU KILL INNOCENT PEOPLE WITH INTENT THEN YOU WILL NEVER GO TO HEAVEN .

THIS IS THE ABSOLUTE TRUTH TRY READING THE KORAN IN WHICH IT WAS WRITTEN NOT THE WAY YOU TWIST THE TRUTH !!!!

once the OIL MONEY IS STOPPED IT WILL COME TO AN END.