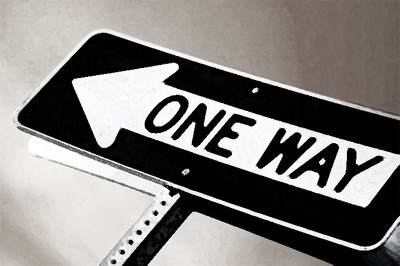 By denouncing an investigation aimed at uncovering a possible U.S. support network for terrorist organizations, the Muslim Public Affairs Council (MPAC) shows again it would prefer to impede law enforcement than help it.

Last Friday, FBI agents carried out raids in Chicago and Minneapolis to discover evidence of support for the Popular Front for the Liberation of Palestine (PFLP) and the Revolutionary Armed Forces of Colombia (FARC), both designated terrorist organizations. Speaking about the raids, Steve Warfield, an FBI spokesman in Minneapolis said:

"the warrants are seeking evidence in support of an ongoing Joint Terrorism Task Force investigation into activities concerning the material support of terrorism."

MPAC, however, joined other organizations in criticizing the searches as "fishing expeditions." In its press release, MPAC argued:

"squelching healthy and necessary discourse on public policy concerns sends one loud and clear message: The U.S. government has no regard for nonviolent work. Unless there is clear and convincing evidence that these activists were planning terrorist operations, then the justification of the raids is absurd."

Such arguments reveal that MPAC either doesn't understand what activity is proscribed under U.S. law, or simply doesn't care. The government doesn't need to show that these so-called "anti-war activists" were "planning terrorist operations," in order to prosecute them. It is a crime for any person to provide "material support or resources" to a designated FTO. Proscribed support includes:

"any property, tangible or intangible, or service, including currency or monetary instrument or financial securities, financial services, lodging, training, expert advice or assistance, safehouses, false documentation or identification, communications equipment, facilities, weapons, lethal substances, explosives, personnel (1 or more individuals who may be or include oneself), and transportation, except medicine or religious materials)."

The statute, which has become a cornerstone in U.S. counter-terrorism efforts since 2001, is intended to cover a wide array of support—both violent and non-violent, because: "foreign organizations that engage in terrorist activity are so tainted by their criminal conduct that any contributions to such an organization facilitates that conduct." In upholding this law, the Supreme Court recently explained:

"material support meant to 'promote peaceable, lawful conduct' can further terrorism by foreign groups in multiple ways. Material support is a valuable resource by definition. Such support frees up other resources within the organization that may be put to violent ends. It also importantly helps lend legitimacy to foreign terrorist groups—legitimacy that makes it easier for those groups to persist, to recruit members, and to raise funds—all of which facilitate more terrorist attacks."

With the Supreme Court so roundly rejecting the argument that nonviolent support for terrorist groups should not be illegal, critics like MPAC have tried to do in the court of public opinion what they failed to do in a court of law—destroy an effective tool for fighting terrorism.

And while MPAC criticized the Supreme Court's ruling as one that "effectively shuts off pathways toward peaceful alternatives to violence," and claims that the recent actions in Chicago and Minneapolis are nothing more than "squelching healthy and necessary discourse on public policy concerns;" this is part of a long-standing effort to decriminalize "material support" to terrorist groups.

Perhaps this is unsurprising for an organization that routinely defends terrorist organizations and those charged with providing support to them. Or an organization that issues a report, which focuses entirely on the "bomb thrower" at the expense of dismantling the American support structure for these groups. As we explained, reviewing that report, "if the Department of Justice can prevent these militants from getting their hands on money, weapons, communication equipment, etc., they can effectively cripple terrorist organizations. That is why it is so important to strike at the domestic and international support structure."

Details are slowly coming out from the raids in Chicago and Minneapolis, and while MPAC may be quick to criticize the law enforcement community, the FBI should be given some room to investigate claims of support for terrorism.

The PFLP and FARC – two organizations that ideologically couldn't be further apart – share a commonality. The United States has designated them as Foreign Terrorist Organizations because of their unwavering commitment to violence. In just the past month alone, both groups have demonstrated why they are properly on the list of groups for whom no support is appropriate.

The PFLP continues to denounce U.S. efforts to negotiate a peace agreement between Israelis and Palestinians, urging Palestinian President Mahmoud Abbas to pull out of talks. Meanwhile, the FARC continues to carry out attacks in Colombia, ambushing local law enforcement patrols and setting off explosives at the country's intelligence agency.

MPAC and its ilk can and will continue to criticize U.S. counter-terrorism efforts. But, law enforcement must continue to work towards a multi-pronged counter-terrorism approach—one that will destroy the American support structure that keeps funneling money, weapons, and supplies to international terrorist organizations.