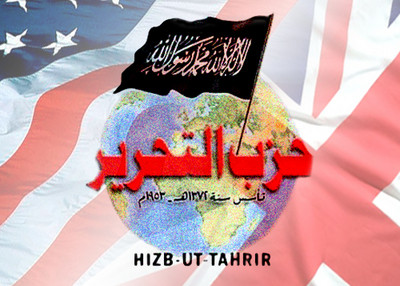 Hizb ut-Tahrir (HT), a transnational Islamist movement described as a "conveyor belt" for jihadist terror, is preparing to play a much more active role in recruiting American Muslims. Although the cancellation of HT's U.S. Khilafah Conference this month was a setback, the group is likely to persist in its American recruitment efforts because it is committed to its ultimate mission: establishing an international Islamic caliphate (Khilafah).

The organization's activities in Great Britain - perhaps its leading Western hub - may offer a clue as to the group's intentions in the United States.

In an interview, former Hizb ut-Tahrir in Britain member Ghaffar Hussain notes that HT doctrine specifies three stages of recruitment: Stage One, in which the group focuses on propaganda and recruiting new members; Stage Two, in which the party interacts with the larger Muslim community; and Stage Three, when it tries to take power.

Hussain believes Hizb ut-Tahrir in America is about to enter the second stage. That's where HT was in Great Britain back in 1993, when Hussain, then a teenager, was caught up in a wave of activism.

He remembers being shown "snuff videos" of Bosnian Muslim atrocity victims in the former Yugoslavia, among them pregnant women being murdered by Serbian forces. "You can't help having a reaction to that," he told the Investigative Project on Terrorism. "No one was offering a counter-version of history, so I bought into it."

Eventually, Hussain drifted away from Hizb ut-Tahrir, only to move back into its orbit while attending college in London around the time of 9/11. Shortly after those attacks, he gravitated toward a number of "far-left, socialist" parties, but retained his connection with Islamist radicals as well. Only after the July 7, 2005 subway bombings did Hussain make a clean break with radical Islam. Today, he is director of outreach and training for the Quilliam Foundation – a research organization that works to educate the public about the dangers of Islamism.

Although Hizb ut-Tahrir claims it does not support violence, its alumni include terrorists like Khalid Sheikh Mohammed and Abu Musab Zarqawi. The organization has endorsed plane hijackings and the mass killings of non-Muslims to advance its long-term goal.

For example, HT has suggested that Pakistan's nuclear arsenal could be used as a weapon against the United States, said Houriya Ahmed, a research fellow with the Centre for Social Cohesion, a British organization that monitors radical Islamist activity.

While HT's strategy and tactics are different from those of Al Qaeda, "the end goal and ideology are essentially the same," Ahmed told the Investigative Project on Terrorism. Both organizations seek to impose a caliphate and both justify terrorism and jihad to get there.

Malkawi said Hizb ut-Tahrir only wants to institute a caliphate in existing Muslim-majority nations and does not seek to impose it on Western nations like the United States and Japan. Ahmed, co-author of Hizb ut-Tahrir: Ideology and Strategy, (arguably the most definitive study of Hizb ut-Tahrir), countered that such reassuring comments are extremely misleading. She makes a powerful case that HT's ultimate goal of establishing a worldwide caliphate cannot possibly be achieved without massive violence.

Hizb ut-Tahrir is particularly interested in a caliphate in Pakistan "because it has nuclear weapons," Ahmed said.

HT tried to realize the goal by recruiting members of the Pakistani armed forces who received training at Sandhurst, an elite British military academy, and sending them back to Pakistan to carry out a military coup, said Quilliam co-founder Maajid Nawaz in a Pakistani television interview. He is a former member of Hizb ut-Tahrir's British affiliate (HTB) who was sent to Pakistan to set up the organization's chapter there.

The soldiers were arrested in Pakistan in 2003 on suspicion of being connected with radical groups, said Nawaz, whose campaign to combat jihadist recruiting was featured on "60 Minutes."

In her book, Ahmed cites numerous HT statements showing a willingness to support violence in order to achieve a caliphate. For example, in September 2008, HT Pakistan issued a leaflet exhorting Pakistan's army to use nuclear weapons "to injure and bruise an already battered America to an extent to which she cannot afford to stomach right now." The video was uploaded on HT-Britain's website.

HT-Pakistan issued another leaflet in July 2009 (also posted on HTB's website) calling on the Pakistani Army to help HT establish a caliphate.

Ahmed points to other statements that show HT legitimizes violence to achieve its political ends:

Despite HT's radical views, the organization has won praise in the past from Imam Siraj Wahhaj. He attended an August 1994 event at Wembley Arena in London, where speakers declared their support for jihad, declared Islam "the only alternative for mankind," and attacked democracy. Watch video and excerpts of some of the speeches here.

Comments like Wahhaj's should give people pause, Houriya Ahmed said. Wahhaj is an officer in the Islamic Society of North America. As such, she said his comments should serve as a reminder about the dangers of Western government policies that treat such organizations as "gatekeepers."

"Whether it's soft Islam as in ISNA or revolutionary Islam like Hizb ut-Tahrir, it's troubling," she said.

Ghaffar Hussain has good news and bad news to offer regarding Hizb ut-Tahrir's future in the United States. The good news is that in country after country HT membership seems to operate in "20-year cycles." After emerging on the public stage and attracting new recruits, the group starts losing members as people learn what it really stands for.

Approximately 1,500 people attended Hizb ut-Tahrir's most recent annual conference in Britain, he said, "but they had 5,000 a decade earlier."

The bad news is that, even with declining support, Hizb ut-Tahrir remains dangerous because its sympathizers operate as "salesmen for Al Qaeda's world view," Hussain said. Hizb ut-Tahrir works to increase the supply of potential jihadists by exposing as many young Muslims as possible to this violent revolutionary worldview. As in other countries, the danger for the United States is that Hizb ut-Tahrir disseminates this narrative and that individuals take action based on it.

Khilafah yes ,,For the The people , From Allah and for the People

Hizb Ut Tahrir is a political Party, who,s Islam is it,s Ideology and Politics it,s work . The Aim of Hizb Ut tahrir is have the Muslim Ummah (1.8 billion Of Humans ) (resume ) the Islamic way of Life , Primarily by re Re Erecting khilafah back on earth . Khilafah state was abolished in march 1924 in Istanbul ( was called at that time , the Ottoman state ).Hzib Ut Tahrir does Not resort to any military Action , because it is Adhering to the Method of the prophet Mohammad ( May the peace of Allah be upon Him ) in building the first Islamic state in Medina city In The arbic Penisula around 660 BC , it was build without one drop of Blood shed . but Muslims did loose lives however during the process , they never retaliated back . I recommend every one to visit the Hizb Ut tahrir web sites ,, go to www.hizb-america.org and read .. also www.khilafah.com can be of help ..

khilafah is Great for Muslims , for The Ecology system , the world and for America, as it will avert the need and the lure of Intervention into the affairs of Muslims by simply filling effectively the Vacum (Void ) of Power that Hover over the Muslim Land scape, Khilafah will open the eyes of All peopole of the world to an attractive and very convincing Alternative to the Capitalism who is the world with Smug and Unsatsiable drive for production and consumption . Khilafah Is good even to treat Obesity .. Think deep and you may agree .,.

Japan is not a "Western" country

Malkawi said Hizb ut-Tahrir only wants to institute a caliphate in existing Muslim-majority nations and does not seek to impose it on Western nations like the United States and Japan.

It is too bad that we have let the Muslim Jihadists get to where they are now. They should have been finished off in the crusades, centuries ago.

Our trouble is, other than the politicians in DC, is that there is no defined enemy in terms of uniform or land. They are like flies, they are everywhere. They need to be stopped. I think we need to set up concentration camps for all of them like we did in WWII for the Japanese citizens that were in the US during the war. Our country gives them too much freedom to operate in our borders. It is the enemy within that will bring us down and the b**tards in DC can't or won't open their eyes to it. It doesn't help that our president is a Muslim either.

I am sure there aren't any liberals or Muslims that will agree with me. But then again, we do have freedom of speech, don't we? Or do we? Ponder that one, will you?

I suspect these comments will not be posted, too much censorship and that is a part of the problem in this country, too politically correct (and it is killing us)!