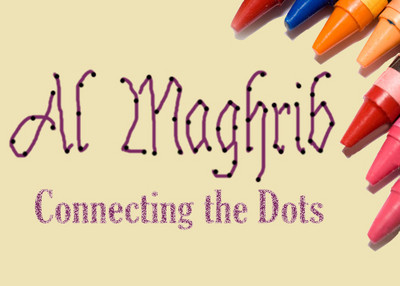 In August of 2008, an Islamist student made his way from London to Houston to attend a two-week program put on by the AlMaghrib Institute. This was his third course with the Institute, including two in London. On Christmas Day 2009, the very same student, Omar Farouk Abdulmutallab, tried to blow up a transatlantic flight with a suicide bomb he had sewn into his underpants.

AlMaghrib's Houston-based director of the 2008 program and national Dean of Academic Affairs, Yasir Qadhi, expressed immediate concern for the aspiring terrorist's feelings of alienation and hatred of the West.

The AlMaghrib program offered "mainstream Islamic stuff," Qadhi told CNN, which did not challenge the claim.

"At some level," he added, "we did not convince him of the validity of our views, and that is cause for regret."

An examination of the views expressed by Qadhi and others at AlMaghrib, however, shows that they are far from moderate and the institute exhorts followers to carry out jihad and not integrate with the West. Such views are exposed to a wide audience, as the CNN report noted that 30,000 students have attended AlMaghrib courses throughout the English-speaking world.

On one hand, Qadhi told CNN that he and AlMaghrib are "trying to carve out a Western Muslim identity among conservative Muslims – for Muslims to integrate into Western society but maintain their Islamic identity." Yet such statements don't match the rhetoric heard on audio and video tapes collected by the Investigative Project on Terrorism.

The tapes show Qadhi's hatred of non-Muslims, contempt for Western society, and glorification of jihad. Qadhi has also stated that he "owed a lot to" Ali Al-Timimi, who was sentenced to life in prison after being convicted of soliciting others to wage war against the United States. Even after Timimi's conviction, to Qadhi, he is someone "who I can say (with pride) that fifteen years ago, back in the early 90s, he played an instrumental role in shaping and directing me to take the path that has led me to where I am today."

Likewise, AlMaghrib's Founder and Director, Muhammad Alshareef, has encouraged audiences to take up arms to fight in Chechnya. Alshareef also encouraged Muslims to get informed about the Chechen jihad through an Al-Qaeda linked website, qoqaz.net (currently defunct). Alshareef stated:

While Qadhi professes to be part of the de-radicalization effort, CNN reports he enjoyed a starring role in the 2008 U.S.-funded Counter-Radicalization Strategy conference by the National Counterterrorism Center, his talks seethe with hatred for non-Muslims and the West. As part of a TV series named the "Fundamentals of Faith," which was broadcast on the popular British Muslim TV 'Islam Channel,' Qadhi showed his contempt for all other systems of thought besides Islam:

"Here in these verses, Surat Maida, verses 49-50, Allah (swt) categorizes all types of laws into two categories, the law of Allah and the laws from others. And he calls the laws of Allah a fair and just law, and he calls all others Jahiliya, ignorant laws. It is not my right to legislate or your right to legislate. No supreme court, no system of government, no democracy where they vote. Can you believe it, a group of people coming together and voting, and the majority vote will then be the law of the land. What gives you the right to prohibit something or allow something? Who gave you the right? Are you creators? Are you all-knowledgeable? Do you understand the repercussions, the implications of the laws that you are going to pass? [Arabic] Do they wish to follow the laws of ignorance? Verily Allah is our Judge, He knows what's best for us. [Emphasis added]"

"This type of thinking is clear kufr, clear disbelief, to believe that you know better, or any system of government knows better, any democracy, or any… whether it be communism or socialism, any type of philosophy is better than Islam, or it is allowed legitimately, it is allowed to follow this system, this is a profession of the fact that you believe that Allah is not All-Knowledgeable... Allah forbid [in Arabic]. And that He doesn't know what is best for us. Allah forbid [in Arabic]. Therefore this is a negation of your testimony of "La Illa Illah Allah" [There is no God but Allah]. To believe that it is permissible to follow a way of life, to follow a system of laws other than the Shariah, negates one's testimony of Islam. [Emphasis added]"

Not only does Qadhi see Western society as incompatible with Islam, he casts all non-Muslims as people who inherently hate Muslims. Discussing the legendary Battle of Uhud, which he stresses is "a battle in which the Muslims would learn many lessons, morals, for themselves and for the generations after them," Qadhi declared:

""And this is the Sunnah of Allah (swt) that the Kafir [disbeliever] will always hate the Muslim - the Jews and the Christians and the Hindus and every single non-Muslim. He might allow every other religious minority or any other religion inside of his society and culture, but when it comes to Islam, because it is the religion of truth, he will find it inside of him to hate it. You cannot just be neutral when it comes to Islam; you are either a Muslim or you are a Kaffir that hates Islam. [emphasis added]"

Additionally, Qadhi has not limited his pronouncements to his hatred of the West. In a speech about the holy days in the Islamic month of Dhul Hijjah, Qadhi opened by declaring prayer on 10 days of this month to be a Muslim's most sacred duty. He quickly clarified this position, however, by noting that death while carrying out jihad was the most cherished honor:

"Prophet Mohammad (saws) said that even jihad, except if a man leaves with all of his property, and all of his belonging, money and life and he dies as martyr in a battle, that is the only thing that is more beloved than a person who is practicing and praying and being a good Muslim for these ten days."

Qadhi has also reserves particular hatred for the Jews. In a 2001 speech Qadhi portrayed Jews as the enemies of Muslims:

"I am not advising any Muslim to waste his time studying Judaism. But I am saying, why are Jews studying Islam? There is a reason. Not that they want to help us, they want to destroy us."

In endorsing the book The Hoax of the Holocaust, Qadhi denied the Holocaust himself and attempted to spread these beliefs among young people. In the same speech explaining comments on a chapter of the Quran, Qadhi told his audience:

Although Qadhi later claimed that he had 'mistakenly' endorsed this book, it was not the only nasty thing he said about Jews in his speech. Qadhi repeated a classic anti-Semitic lie, degrading European Jews as "impure and filthy" in comparison to the Jews of the Middle East. Thus, while Qadhi expressed hate of all Jews, he distinguished between his hatred of European and Middle Eastern Jews when he said:

"The Sephardics don't consider the Ashkenazis as pure Jews. They aren't pure Jews; they are Khazars. It is only the Sephardis that consider themselves the pure race. And until recently, any Jew that wrote his name he would write at the end of it – Sephardic Jew (H), which is a word in Hebrew I forgot, but it means 'pure.' He would write H in brackets, that I am a pure Jew, whereas those guys are impure filthy Jews."

Qadhi's statements, as extreme as they are, pale in comparison to those of the director of the Institute, Muhammad Alshareef. Alshareef's speeches, including "Why the Jews were Cursed," are featured on jihadist websites such as islamicawakening.com. Alshareef described how the Jews are cursed because:

"They did not command the good or forbid the evil, they did not accept the ruling of what Allah revealed upon them, they disbelieved their book, they received food from the heavens but rejected it, they challenged their Prophet to show them Allah in this life, they took Angel Jibreel as their sworn enemy, they took the graves of their Prophets as symbols of worship ... and the list goes on and on in the Qur'an and Sunnah."

In another speech, "The World's Bravest People," Alshareef asked the audience to identify with their fellow Muslims and thus go fight for them:

In that same speech, he glamorized jihadists, asking "Have you ever smelled 15,000 mujahid in the fragrance of death hovering over the entire army?" Later, he told his audience to "never, never think of those who have been killed in the cause of Allah as dead. Never think that those people that were killed in the sake of Allah swt as people who have died. Allah swt is saying rather they are alive with their lord. They are with their lord receiving their provision."

Up until recently, AlMaghrib's web site sold video sermons of Anwar Al-Awlaki, the advisor of the Fort Hood attacker and Al-Qaeda's most articulate English-speaking scholar. Awlaki, who also is believed to have advised Christmas Day bomber Umar Farouk Abdulmutallab, has been considered an inspiration to terrorists for years, with a profound effect on young people who are susceptible to the phenomenon of "Jihadi cool."

It is not known what Abdulmutallab learned during his two weeks in Houston. Qadhi is right about one thing, however, it sure didn't steer him away from violent jihad.

"We have seen the enemy and he is us" and that appears to be the case in this instance. How long must the West tolerate institutions set up by usually Saudi cash to radicalize Muslims and turn them into terrorists? I am not one of those people who believe that a moderate strain of Islam exists. If they follow the Koran, then they are duty bound to support jihad. Hairsplitting by Western intellectuals does not diminish the threat to America's security.

Good job exposing their radical ideology. I recommend you investigate two other related groups which share their ideology.