This article originally was published by The Hudson Institute's Hudson New York web site. To see the original, click here. 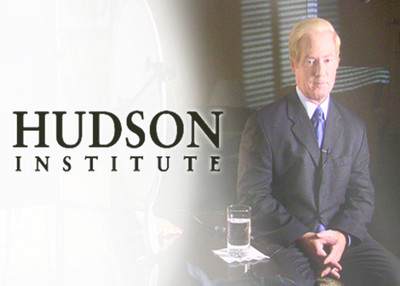 In 1993, a secret meeting of the Muslim Brotherhood Palestine Committee—mostly senior Hamas leaders--was held in a Philadelphia Marriott. The group discussed new ways to secretly funnel money to Hamas and of creating a new public relations organization to deceive the American about their true objectives of helping Hamas.

Less than a year later, the Council on American Islamic Relations (CAIR) was created to serve as a front group for Hamas. Since that time, it has morphed into a quasi legitimate "Islamic civil rights" group portrayed in some circles as the equivalent of the NAACP. For 14 years, CAIR got away with the lying to us about who they are, justifying Islamic terrorist attacks, legitimizing suicide bombings, presenting speakers who had been Holocaust deniers, making incendiary presentations about the United States and urging Muslims not to talk to the FBI. CAIR claims that that there is no such thing as radical Islam, but rather a secret cabal to attack all of Islam, while secretly receiving millions of dollars from Saudi financiers and attacking terrorist prosecutions as somehow an "attack on Islam."

CAIR now has dozens of chapters which host annual banquets featuring not only radical speakers, but outside guests including chiefs of police, congressmen, FBI and DHS officials—even getting Tampa and Houston to declare "CAIR Day' in their respective cities. (In fairness, Tampa Mayor Pam Iorio announced this year that she would no longer do so after studying CAIR's record.)

On the other side, the FBI—despite 14 years of a cozy relationship with CAIR—finally decided to sever relations with CAIR in late 2008 for its ties to Hamas. In the trial of the Holy Land Foundation for Relief and Development, an FBI agent testified that CAIR was a front for Hamas. In other words, CAIR was a front for a terrorist group. And it was named as an un-indicted co-conspirator as well in the case.

Bravo to the FBI for making the right and politically courageous decision.

Last week, a new book, Muslim Mafia, disclosed or elaborated on many of these developments within CAIR. Four Congressmen, led by Sue Myrick, (R-N.C), held a press conference to protest the fact that CAIR, a Hamas front group, had a plan to insert interns into key congressional committees. The book made plenty of other disclosures that were highlighted by the Congressman.

And what happened? Those other points were discarded by the media, which picked up CAIR's dissembling spin that the Congressmen advocated a witch hunt against all Muslim staffers on Capitol Hill. They said no such thing.

CNN never challenged any of the demonstrably false statements made by a CAIR official it interviewed. The news website Politico whitewashed CAIR. Cynthia Tucker of the Atlanta Journal Constitution called CAIR a "mainstream" group unfairly targeted by right wing wackos. Congressmen John Conyers and Loretta Sanchez, who had done CAIR's bidding for years, were among those who leapt to CAIR's defense. They all bought into CAIR's manifestly ludicrous claim that attacking CAIR was somehow tantamount to attacking all of Islam.

That has been CAIR's modus operandi since its inception.

CAIR often throws out unsubstantiated charges of bigotry to deflect attention away from its detailed and documented record of conning the American people. My organization challenged those specious claims in a thorough report that can be seen here.

Much of the damning information about CAIR came out well before the book, primarily through evidence in the HLF trial. And yet earlier this year, Secretary of State Hillary Clinton ordered that CAIR officials be included in conference calls about the Middle East; the State Department even dispatched key CAIR officials—some of whom have made blatantly racist statements claiming that the reports of the Darfur genocide was actually part of a "Zionist" conspiracy—on official US diplomatic missions. The Department of Homeland Security, despite being briefed that CAIR was a front group for a terrorist organization, had official meetings with CAIR. And it appointed recently as a senior advisor to DHS a member of an organization that believes that Hizballah is a good group that should not be classified as terrorist.

And in the last few years, National Public Radio (NPR), the New York Times, the Los Angeles Times and the Detroit News—to pick at random from the media--have become a cheerleading squads for CAIR, interviewing CAIR officials as if they were no different that Rotary Club officials while suppressing any negative information about CAIR. For the mainstream media, it seems, the government is more of an evil force than Hamas. The New York Times' public editor even made the startling admission last year that it did not call Hamas a terrorist group, "though it sponsors acts of terror against Israel."

The reason? The paper's Jerusalem bureau chief finds "the word terrorist is politically loaded and overused" and there are Hamas members not directly involved in killing people.

And not all Klansmen engaged in lynching. But no one would hesitate to call out the KKK for the racism and terror at the root of its ideology and tactics.

Contrast that with the free pass given to CAIR. Where is CAIR on stoning on women? Senior CAIR officials adamantly refuse to condemn the barbaric practice of stoning Muslim women. Where is CAIR on Israel and Jews? Some senior CAIR officials routinely refer to Jews as "Zionazis" and top CAIR guests at their dinners—most recently former Congressman Paul Findley—blamed Israel for the horrific attacks on 9-11. Right after 9-11, top CAIR officials denied that Saudis were behind those horrific attacks.

There is a much larger pattern here that just the apologia or selective amnesia for CAIR. The free pass given to radical Islam has become a pandemic. The Goldstone Report, which purported to document "Israeli war crimes" in the war with Hamas in January, was one of the most dangerously one-sided, dishonest reports ever produced by the United Nations. Naturally the New York Times played it as a lead item on the front page without any skepticism by their reporter, who is known to take CAIR hand outs.

The Goldstone report effectively took all of the propaganda put out by Hamas—much of it demonstrably false—and presented it as a fact. If applied to the United States, the report would have branded every soldier and every officer in the Iraq and Afghanistan war a "war criminal." The fact that the Goldstone report has gotten this far is attributable to one thing only: the existence of a powerful Islamic lobby at the United Nations.

In yet another example of the inverted focus when it comes to radical Islam, Random House, Yale University Press, and now a German publisher, won't publish books that are "critical" of, or potentially offensive to, Muslim extremists. Even the much celebrated journalist Fareed Zakaria of CNN and Newsweek showed his true profile in cowardice when he advised Yale University Press not to include images of the Prophet Muhammed in a book about the controversy stirred by the 2005 publication of the Danish cartoons.

There's been a lot of talk lately about balanced reporting. These examples show how easily terrorists and their sympathizers receive more than the benefit of the doubt in the public debate. They get outright support from supposedly neutral third party observers and license to continue their deceit and treachery.

Steven Emerson, executive director of the Investigative Project on Terrorism, is the author of 6 books on national security and Middle Eastern terrorism.

Why do u Americans always have to stand out? What do u mean by a big influence in the white house? IS OBAMA A MUSLIM? is that what u suggest? THERE IS OVER A BILLION MUSLIMS, are they all extremist?

The true face of CAIR

As it almost always seem to go this way: Radical Islam and groups like CAIR get another free pass, and the MSM picks up CAIR's taqiya and deceit. It is the fear of offending Islam, Muslims and the 'stain' that bring upon those who dare to stand up against Islam and the likes of CAIR, and other related Muslim groups. How quick the MSM is to defend Islam, Muslims from any and all attacks, even when such attacks are proven to be with merit, backed by facts, and the truth.

The word 'pandemic' is used in this article and it fits what is going on quite well. Call this soft or stealth Jihad in my book. Am I wrong? I do not think so. CAIR, the MSA. MB, MSNA most Islamic groups are SILENT on issues and crimes that are now staring to show up here in the USA. Welcome to the world of honor killings, the push for Shariah law, and striking out against any and all criticism of Islam's cult of subjugation, persecution and death. CAIR is silent against the standards that exist with Islam when it comes to women, people of the book(Jews and Christians), and the abuses heaped upon any other religion or culture that refuses to bow down to Islam and the march towards a global caliphate. Look at the stand CAIR took on Rifqa Bary! Now this courageous young woman's life is in very real danger now that she has been forced to return back to Ohio. Let us pray and hope that Rifqa does not become another statistic in the column of honor killings. Islamic groups such as CAIR are stealing our freedom and liberties one lawsuit at a time, brick by brick. Don't htink it can happen here what has been taking place in England and Europe? Think again, folks. Islam has a friend in the White House and many within the Obama administration. The money being funneled into programs promoting Islam as wonderful and peaceful have never had a friend like they do in the White House. Call me, this, alarmist, paranoid, Islamophobic, racist, bring it on. The stench of diversity, multiculturalism run amuck, compounded by far left agendas and policies now entrenched within our education and news media systems that started in the early 1960's has dulled our senses and intelligence. Those who try to balance the reporting of Islam and Islamic groups are usually the ones who are vllified and persecuted, NOT Islam. I see nothing but rough waters ahead. I and others will not remain silent or still. To do so against Islam will be like bleeding to death from a thousand small cuts. This is something we cannot afford to do.

In my reading of the Q'ran I have the impression that Cchrisstians and Jews have the unique position of having one god, and havve the position of being tolerated as second class citizens, when not confronted by 'convert or die'. It seems that the Christian body politic believes that the Jews are the only enemies of the Muslims. History says otherwise. The Muslim conquest of the mediterranean and thrust to Vienna points to the Muslim belief that the entire world should be Muslim AND BE GOVERNED BY SHARIA! If the 'Zionist entity', Israel were to disappear, would peace reign? Would the different sects of thee Muslim world stoop fighting each other? would the Christian and irreligous and Hindu and Buddhist be the next target. The Hindus are already a target in India.