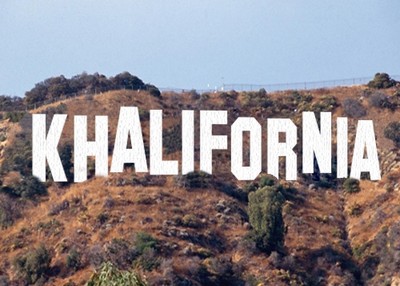 Hizb ut-Tahrir, (HT) the pro-jihadist organization meeting this weekend in suburban Chicago, has been waging a below-the-radar campaign to recruit Americans for decades. While HT (the "Party of Liberation") says it is committed to advancing radical Islam by nonviolent means, it advocates violence (see here, here and here) and its prominent alumni include terrorists like Khalid Sheikh Mohammad and Abu Musab Zarqawi along with suicide bombers.

The open nature of this weekend's Khalifa (Caliphate) Conference in Chicago under the Hizb ut-Tahrir banner indicates that the group has decided to enhance its recruiting efforts among U.S. Muslims. Until late last year (when it publicly called on American Muslims to boycott the November election) HT had operated in secret or through front organizations here.

Zeyno Baran, who has extensively researched HT, points out here (see especially pages 20 to 23) that HT doctrine "seeks to emulate the steps by which the Prophet Muhammad established the Caliphate" in three stages. In the first stage, HT seeks to build a party, cultivating a small number of supporters to engage in recruitment and propaganda. In the second (which HT would appear to be entering now in the United States), it begins to educate and visit Muslims in their homes in order to recruit a larger group of people to join HT and support its revolution. Finally, HT (having won the support of Muslims) moves to establish a sharia-ruled Islamic government.

Hizb ut-Tahrir activists in the United States have generally taken a low public profile following the 9/11 attacks, avoiding the vitriolic, hate-America rhetoric coming from HT activists abroad like this, this and this.

In California, a small group of Hizb ut-Tahrir cadres began recruiting in the early 1990s. They set up an organization in Walnut, (located in eastern Los Angeles County) called the Islamic Cultural Workshop (ICW). The organization published Khalif'ornia magazine, which later became Khalif'ornia Journal. Although ICW and the Khalif'ornia publications are no longer in existence, their writings offer the closest thing to a comprehensive body of ideological and religious literature produced by HT's American supporters.

The publications devote considerable attention to translations of HT literature on everything from "Separation of Church and State" to "A draft Constitution of the Islamic State."

The Khalif'ornia Journal states that its "direct objective" is to teach Muslims "that we must reestablish the Khalifah in the Muslim World, where Islam will be applied in every aspect of life and be carried to the world." The publications devote considerable attention to translations of HT literature on everything from "Separation of Church and State to "A draft Constitution of the Islamic State." Jews and Christians are depicted as inferior beings and the United States is portrayed as constantly conspiring against Muslims.

According to the July/August 1992 issue of Khalif'ornia, for example, "the Jews and Christians are kuffar [infidels] and their belief in Allah is totally distorted."

The January-June 1998 edition included an article titled "The American Revolution" which likened the Founding Fathers of the United States to "tyrant dictators" of the Muslim world "who have no regard for the welfare of the Ummah [Muslim nation.]" The same edition contained an article titled "Revisiting the Middle East" which tried to make the case that Saddam Hussein was really a U.S. "agent" brutalizing his people to serve Washington's interests.

Other articles published in Khalif'ornia emphasized anti-American and anti-Israel themes and attacked Arab leaders for negotiating peace agreements with Israel. The July/August 1993 edition included an article noting the assassination of Egyptian President Anwar Sadat and suggested that PLO Chairman Yassir Arafat might also be assassinated for negotiating the Oslo Accords with Israel: "We, the Muslim Ummah, pose a similar question to Yassir Arafat, 'How does it feel to be a traitor, O Arafat?' "

Another recurring theme was the importance of jihad. The December 1995 edition of Khalif'ornia declared that "Jihad is impossible … without an organized military machine," adding that: "The Islamic state must form an army capable of offensive attacks. The army is an integral part of delivering the message of Islam to the world."

Another issue of Khalif'ornia urged Muslims to "annex all the Islamic wilayah (provinces) stretching from Europe to China. Let us then see the U.S. try to meddle in our affairs." The same edition included a front-page editorial declaring that "Muslims need swords, not candles" in protecting Iraqis from U.S. military airstrikes and Palestinians from Israeli "oppression" and denounced Muslim leaders who invited Jewish and Christian clerics into mosques to express solidarity with besieged Bosnian Muslims.

When President George H.W. Bush provided humanitarian assistance to starving Somalis in the early 1990s, Khalif'ornia portrayed it as part of a Western conspiracy to enslave Muslims: "The Western capitalist nations never lost their imperialist behavior. What has changed is the form of their imperialism. The aid programs are designed to cripple the Ummah into a mode of dependency and thus we remain slaves to the imperialists."

The April-June 1996 edition of Khalif'ornia Journal includes a speech given at Virginia Tech University by Iyad Hilal, a Palestinian–Jordanian who immigrated to the United States in the late 1980s. A grocer living in Orange County, Caliifornia, Hilal spoke about the conflict in the Middle East. Asked about the possibility that Arafat might make peace with Israel, Hilal said it would be no more legitimate than an agreement between Hitler and Vichy France:

"Nobody nowadays can say that this agreement is legally binding upon the French people. This is so, because the agreement was signed by an occupied people or prisoners of war under the Nazi occupation. The same thing applies to the people of Palestine who signed the agreement with Israel. Legally speaking, their signature will not be binding on the others, since they are occupied. You can expect that they will sign such an agreement under pressure from their occupier (Israel.) We cannot give their signature to Israel."

HT supporters also formed a group called the Workshop for Awareness on Islam and Enlightenment (WAIE). It had a Washington, D.C. mailing address and telephone contact numbers in Northern Virginia. Its Internet domain was registered by a software developer named Adil Elkiyari whose Maryland-based company, transinfocom, is no longer in business.

WAIE had a booth at the August 31-September 2, 2002 conference staged by the Islamic Society of North America at the Convention Center in Washington, D.C.

WAIE also sponsored several lectures at the University of Maryland College Park together with the Muslim Students Association. A flyer advertising a February 6, 2002 address by Ossama Hazim, WAIE president, declared that "The Islamic State's foreign policy is the call to Islam. As such, it does not recognize so-called International Law, United Nations or other International Organizations that contradict Islam." A "State may not be partly Islamic. Gradual implementation of parts of Islamic Law is not acceptable."

A November 2002 leaflet accessed from the WAIE website declares that "Palestine, much like many other Muslim land [sic], has been occupied by the jews [sic]. Islam rules that Muslims next to that land must fight the jews until they are repelled away from the land of Muslims."

Muslim rulers, the leaflet added, "are the de-facto protectors of the Jewish State," the WAIE leaflet said. "It is therefore a prerequisite for Jihad that Muslims stand up to these rulers and knock their regimes down."

It is not the hizb ut tahrir that preaches hate but rather it is YOU! who causes hate on muslims

The 10 years of Silence after the September 11th MASSACRE, should be enough reason to suggest to PC liberal Americans what the real motives of this organization and others are. ( CAIR, muslim brotherhood, Muslim students assoc.) etc

They tell us over and over and over what their intentions are and how they will implement it. They will stop at nothing to circumbent our constitution and replace it with sharia law.

What more proof do Americans need to understand the full depth of this 1400 year threat. ???

Yes, the West has been in their cross-hairs for centuries!

Hizb Ut tahrir is Islamic Political Party , Islam is it,s Sole and creed , Politics is it,s Action . HUT (Hizb Ut Tahrir ) Is Proposing Islam to The Masses Of Muslims who are allready Muslims , 1.4 Billion Man Strong , HUT is destined clearly to capture the whole or at least The most of The Muslim Ummah endorsement soon . Actually , in the Ulema conference which was held In Rajab http://www.7cgen.com/lofiversion/index.php?t34773.html july 2009 http://www.youtube.com/watch?v=wVBqmV89I_0

Hizb Ut Tahrir weapon Is Ideas , Let Us Discuss These Ideas , : America has run out if Ideas .. even these Ideas , if they have any thinhg worth , they have no resonance on the ground , Freedome ? yes of the pwerfull and Balck water and Bill gates .. Hapiness ? where and who ?

well All are invited to rid off the fear and be ready for HIZB UT TARIR Gran Talk : Islam aas ideology that makes Reason and logic .. for sure Muslims will need to be a superpower so That no one will Block these Ideas from reaching every stone and corner of The globe / Let Us welcome Khilafah and Hizb Ut Tahrir

Nahh < no fear they are not scary except to Paranoid

Hizb Ut tahrir has been in existance since 1953 , never ever he has been involved in action of terror of violence , on the contary Hizb has remained firm on that desoite thousands of assault on his members by many gruops and governments , some died as a result of torture in jails and HUT never retaliated ,, does that say any thing ? HIZB is thogh very strong in what he believ in Islam and the Power of Khilafahg ( caliphate )

I can see the US turning into the Gaza strip with people blowing themselves up in public on daily basis. If we don't stop it, it will get out of control. Unfortunately, something tells me it won't happen - they will use our own Democracy to do what they want.