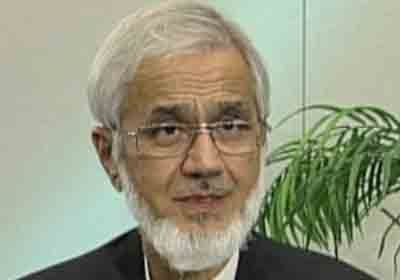 Muzammil Siddiqi was born in India in 1943 and studied at Aligarh Muslim University and Darul Uloom Nadwatul Ulama in Lucknow. After receiving a graduate degree in Arabic and Islamic Studies at the Islamic University of Medina in Saudi Arabia, he went on to earn an M.A. in Theology from Birmingham University in England and a Ph.D. in Comparative Religion from Harvard University.[1]

ISNA's founders had roots in the Muslim Brotherhood. In addition, Siddiqi's public statements range from endorsing laws in countries where homosexuality is punishable by death to wishing for Sharia law to govern America.

ISNA was named as an unindicted co-conspirator in the 2007 Hamas-support trial of the Holy Land Foundation for Relief and Development (HLF). The society was listed among entities that were part of the Muslim Brotherhood structure in America. In a statement issued during the trial, ISNA said it "is not now nor has it ever been subject to the control of any other domestic or international organizations including the Muslim Brotherhood."[5]

However, ISNA was mentioned repeatedly in internal Brotherhood documents from the late 1980s and early 1990s seized by federal law enforcement officials and introduced at the HLF trial.

In one introduced at trial, a strategy memo dated May 22, 1991, ISNA is the first listed among 29 groups labeled "our organizations and the organizations of our friends.[6]" The ISNA Fiqh Committee and the ISNA Political Awareness Committee also appear on the list.[7]

But it is the strategy laid out in the memo that has garnered the most attention and concern. Written by Mohamed Akram, AKA Adlouni, the strategy memo lays out the role of the Muslim Brothers in North America:

The process of settlement is a "Civilization-Jihadist Process" with all the word means. The Ikhwan must understand that their work in America is a kind of grand Jihad in eliminating and destroying the Western civilization from within and "sabotaging" its miserable house by their hands and the hands of the believers so that it is eliminated and God's religion is made victorious over all other religions. Without this level of understanding, we are not up to this challenge and have not prepared ourselves for Jihad yet. It is a Muslim's destiny to perform Jihad and work wherever he is and wherever he lands until the final hour comes, and there is no escape from that destiny except for those who chose to slack. But, would the slackers and the Mujahedeen be equal.[8]

The year after this memo was written, Siddiqi's mosque hosted a lecture by Sheikh Omar Abdel Rahman, according to The New Yorker. Sheikh Rahman, longtime spiritual leader of Egypt's largest Islamic militant group, al-Gama'a al-Islamiya (Islamic Group) was indicted in 1993 for conspiring with a group of followers to destroy New York bridges and tunnels. He was sentenced to life in prison. Siddiqi translated Rahman's lecture in real time. According to the New Yorker:

Abdel Rahman dismissed nonviolent definitions of jihad as weak. He stressed that a number of unspecified enemies had "united themselves against Muslims" and that fighting them was obligatory. "If you are not going to the jihad, then you are neglecting the rules of Allah," he said. The opportunities for jihad were virtually everywhere, ranging from apostate Middle Eastern regimes to "those who are taking the wealth of Muslims from petrol or from oil." As he spoke, a red toolbox, with a slit cut into its lid for donations, was passed around the room. Videotapes of the lecture were later offered for sale at the society's bookstore.[9]

Regarding the incident, Siddiqi said Rahman "was touring, and some people insisted that he should be there."[10]

In addition to his role at ISNA, Siddiqi served as Chairman of the Department of Religious Affairs at the Muslim World League (MWL) Office to the United Nations from 1976 to 1980.[11] The Muslim World League (MWL) was set up in 1962 by the royal Saud family, to "promote Islamic unity"[12] and to spread the Wahhabi brand of Islam.[13] Since its founding the MWL has frequent allegations levied against it for linkage to terrorist activity.[14]

The following examples show Siddiqi speaking in his own words:

The criminal law of the Sharia is not practiced here [in America] and it is not even required for Muslims to practice the criminal law in a non-Islamic state. Muslims have to continue living their own lives faithfully and presenting the message of Islam to others. Once more people accept Islam, insha'allah, this will lead to the implementation of Sharia in all areas.[16]

During the same dialogue, Siddiqi was asked about participating in American politics and whether Muslims should participate in it or focus on building Islamic schools instead:

As an American Muslim do (you) think that by voting we as Muslims can bring Sharia in this country or to even think that the Kufar (unbelievers) are going to help us establish ourselves in this country when they have been supporting countries such as Turkey, Russia, India and China and list goes on and on, where every practising Muslim is being oppressed? If they really care about our vote they would not have lobbies(legal bribery institutions working in this country? I think we should build Islamic schools rather then support AMC or any other political unless all of these organizations have an agenda to make Muslims "Modern."[17]

We should not lose hope, Islam is a religion of optimism. Prophet Muhammad (SAAWS) started his work as a single person in Mecca and by the grace and mercy of Allah, he was able to bring a large portion of humanity to the path of truth and righteousness. We should also work with sincerity, devotion and wisdom. We should work in all fields: social, economic, political, spiritual; the Islamic dawa includes everything.[18]

It is true that Islam stands for the sovereignty of Allah subhanahu wa ta'ala and Allah's rules are not limited to the acts of worship, they also include social, economic and political matters. By participating in a non-Islamic system, one cannot rule by that which Allah has commanded. But things do not change overnight. Changes come through patience, wisdom and hard work.

I believe that as Muslims we should participate in the system to safeguard our interest and try to bring gradual change for the right cause, the cause of truth and justice. We must not forget that Allah's rules have to be established in all lands, and all our efforts should lead to that direction.[19]

When people really carry on Jihad, they carry on the Islam in its peak in its totality. And that's why in the hadith the Prophet (SAS) said (Arabic), 'No people have ever neglected Jihad except they became humiliated.' And people leave, renounce Jihad, they became humiliated. That means in order to gain the honor, Jihad is the path, Jihad is the way to receive the honor.

It's clear in the Koran and in the sayings of the prophet Mohammed."

Siddiqi said he did not condone violence against gays, but supported laws in countries where homosexuality is punishable by death. As in the Bible, Siddiqi said, the Koran includes the story of Lot, in which men who have sex with men are punished.

"How can people accept something that is against the Koran, unless Muslims stop being Muslims?" Siddiqi said. [20]

"Religion and religious figures are dear to people's hearts. Their emotions are attached to them. Even if one does not believe in a religious figure, one should express one's criticism in a responsible and respectful manner."[23]

He added: "We do not force others to believe in Prophet Muhammad the way we believe in him; but they should not insult us and humiliate us by abusing his name, his personality and character in public."[24]

[9] "Azzam the American: The Making of an Al Qaeda Homegrown," The New Yorker, Raffi Khatchadourian, January 15, 2007