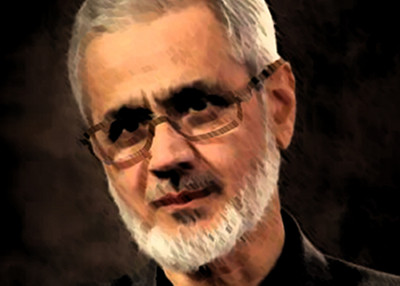 He has wished for "the implementation of Sharia [Islamic law] in all areas" of society, said Muslims can never accept homosexuality and predicted God's wrath on America for its support of Israel.

Now, Muzammil Siddiqi is about to be honored by Orange County, Cal.'s Human Relations Commission. Siddiqi "has steadfastly worked with other faith leaders to build understanding of the great commonality that exists between all religions, despite the political clashes that can drive wedges between them," an announcement from the board says. Siddiqi is among "amazing individuals and groups who have made extraordinary human relations contributions to Orange County!"

Siddiqi, director of the Islamic Society of Orange County, is active in interfaith programs and even traveled to Auschwitz and Dachau last summer. He signed on to a statement acknowledging "chilling places where men, women and children were systematically and brutally murdered by the millions because of their faith, race, disability and political affiliation."

As the Investigative Project on Terrorism's profile of Siddiqi shows, his views have not always been so tolerant of others.

Homosexuals need "to repent, turn to God and take Islam seriously," he told the San Francisco Chronicle in 2001. "Being gay and Muslim is a contradiction in terms. Islam is totally against homosexuality. It's clear in the Koran and in the sayings of the prophet Mohammed."

In an online question and answer session two years later, Siddiqi called homosexuality "evil" and warned that tolerating it begs God's wrath. "There are agencies and lobby groups that are working hard to propagate it and to make it as an acceptable and legitimate lifestyle," he wrote. "For this reason it is important that we should speak against it. We should warn our youth and children about the evil of this lifestyle. We should make it very clear that it is Haram and absolutely forbidden. It kindles the wrath and anger of Allah."

God's wrath was on Siddiqi's mind during an October 2000 rally in Washington. The rally came a month after the second Palestinian intifada had started. The violent uprising started after Israeli political leader Ariel Sharon visited the Temple Mount, a holy place for Jews, but also the site of the Al-Aqsa Mosque and the Dome of the Rock. Palestinian leader Yasser Arafat had been planning the violence, and used Sharon's visit as a pretext.

Israel was solely to blame for the conflict, Siddiqi said, although American support facilitated it. "We want to awaken the conscience of America. America has to learn that because if you remain on the side of injustice, the wrath of God will come," Siddiqi said. "Please! Please all Americans, do you remember that, that Allah is watching everyone. God is watching everyone. If you continue doing injustice, and tolerating injustice, the wrath of God will come."

By the time the rally occurred, the Jewish Holy Site of Joseph's Tomb was destroyed by Palestinian rioters and two soldiers were lynched in Ramallah.

Yet, "the Palestinian demonstrators are not violent people," Siddiqi said. "The violent people are those who are oppressing them day and night and for many years. We want to say to our government to respect the right of the Palestinian people. Do not be the blind supporters of oppressors. And al-Aqsa, my brothers and sisters, is our sacred mosque. It belongs to Islam. It belongs to all the Muslims of the world, 1.5 billion Muslims of the world, it belongs to them. We cannot accept any threat to the al-Aqsa mosque."

Siddiqi described the rally as "a gathering of all the Muslims of America, all the national organizations of Muslims of America together." And he was not alone in making statements condemning American policy. Muslim Public Affairs Council founder Maher Hathout blasted Israel as an "apartheid brutal state," saying of its leaders that "butchers do what butchers do."Abdulrahman Alamoudi, then the head of the American Muslim Council and one of the nation's most influential Muslim political activists, taunted the U.S. designations of Hamas and Hizballah as terrorist organizations. Alamoudi would plead guilty three years later to illegal dealings with Libya and to aiding a plot to assassinate a Saudi crown prince.

No speaker at the 2000 rally called on Hamas or other terrorist groups to cease attacks on civilians.

It is unknown whether Orange County officials were aware of Siddiqi's history when they selected him for recognition. It's also possible that Siddiqi's views have moderated in recent years, though there is no public record of him recanting.

In a letter to Orange County supervisors, retired law enforcement agent Gary Fouse suggested that Siddiqi "come forward before May 5 and publicly address these charges. If there is a credible explanation for these allegations, or if they are not true, let him make it clear. Then I would not oppose the award. If he cannot explain or refute these concerns, then I see no justification for this honor."

Orange County is repeating the infamous error of Los Angeles County which awarded a similar "distinction" to Maher Hatout who called Israelis butchers, among other things. Are you so anxious to demonstrate your tolerance that you must bestow an award on the intolerant? Would you ever recognize a Christian or Jew for distinction who called homosexuals evil?

YOU PEOPLE ARE A DISGRACE!!

YOU PEOPLE ARE SICK IN THE HEAD HOW DARE YOU INSULT THE GOOD PEOPLE OF ORANGE COUNTY AND GIVE THIS TERRORIST AN AWARD!!! ALL YOU PEOPLE ARE ANTI CHRISTIAN OBVIOUSLY AND I WILL MAKE SURE EVERY SINGLE ONE OF YOUR SPONSORS ARE BOYCOTTED AND YOUR SERVICES ARE BOYCOTTTED AS WELL YOU ARE THE PROBLEM IN THIS WORLD !!! I SUGGEST YOU GET RIGHT WITH GOD AND READ THE BIBLE AND READ THE QURAN AND SEE HOW THEY REALLY FEEL ABOUT YOU THEY ARE USING YOU PEOPLE DECIEVE THE PEOPLE AROUND YOU THAT IS WHAT THEIR QURAN SAYS YOU PEOPLE ARE FOOLISH!!! I'M SO DISGUSTED BY THIS ARTICLE!

This guy knows nothing about Israel--he only knows what his koran tells him--'from the river to the sea, Palestine will be free' a chant that has an underlying meaning in which the Jews are to be driven out. there was no Palestinian nation before Israel; it didn't exist--it's a myth. Islam preaches hatred and anti-Semitic jihad, not the other way around.