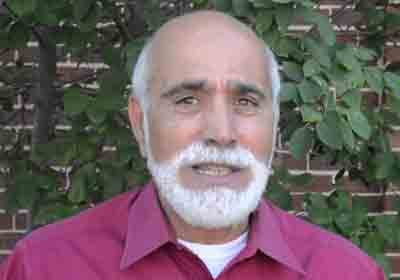 Rafeeq Jaber is a founding board member at the Council on American-Islamic Relations (CAIR). He led the Islamic Association for Palestine's Chicago chapter in 1991 and served as IAP president from 1996-1998 and again from 1999 until the organization shut down in 2005.[1]

The IAP is alleged by the U.S. government to have served as a Hamas front in America and once had Hamas political leader Mousa Abu Marzook on its governing board.

Jaber has supported Hizballah and said Israel's 2000 withdrawal from Lebanon proved armed resistance was the winning strategy for Palestinians. "I thank ALLAH for this victory which was due to the tremendous efforts of the Islamic resistance movement, Hizballah…Maybe the PA [Palestinian Authority] will take a hard look at the slippery road it is now traveling and join the resistance to Zionist occupation in order to liberate the land of Palestine. I firmly believe that Palestine will never be liberated by any other means."[2]

Perhaps the best insights into Jaber's attitudes come from his 2003 depositions and a federal judge's order in civil litigation brought by the parents of David Boim, an Illinois teen shot and killed by a Hamas member in the West Bank.

Jaber testified that, as IAP president, the organization promoted the Texas-based Holy Land Foundation "in every way we can,"[3] and sent all the money raised at the IAP's 1996 convention to the HLF. Similarly, money raised at annual Intifada celebrations was sent to HLF.[4]

In 2001, the U.S. Treasury Department froze HLF assets after concluding its money went to support Hamas. Magistrate Judge Arlander Keys agreed that IAP supported Hamas in the Boim case: "[Given] HLF's established link to Hamas, this is strong evidence that IAP was supporting Hamas, consistent with the FBI's surveillance reports."[5]

In his deposition in the Boim case, Jaber also acknowledged IAP garnered support for HAMAS political chief Mousa Abu Marzook after U.S. officials arrested him on an Israeli murder warrant in 1995. [6] Jaber said he knew then that Marzook led the Hamas political bureau. Jaber also acknowledged that the IAP, under his leadership, published articles and editorials characterizing suicide bombers and those who carried out bombing operations against Israeli targets as "martyrs" and as "freedom fighters," though he claimed that IAP took no official position on the validity of those characterizations.[7]

Judge Keys granted the Boim family summary judgment and awarded $156 million in damages.[8] The U.S. Appeals Court in the Seventh Circuit overturned the award in December 2007 after determining the Boims had not done enough to establish that the groups' support for Hamas contributed, even indirectly, to their son's murder. The case was sent the case back to the district court to allow for additional proceedings. [9]

[2] "IAP President Statement Regarding Israeli Withdrawal from Southern Lebanon," distributed on the IAP-Net e-mail listserv, May 24, 2000.