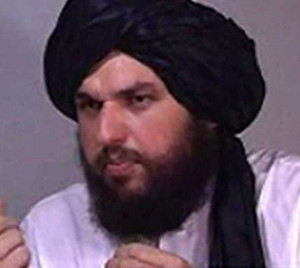 Adam Gadahn, a convert to Islam, grew up on a farm in California. Gadahn is now a member of al Qaeda, having served as a translator and propagandist. In October of 2006, Gadahn was indicted for giving aid and comfort to al Qaeda with intent to betray the United States and for providing material support and resources to al Qaeda.

He was born Adam Pearlman to a Catholic mother and a Jewish father who later converted to Christianity, taking the name Gadahn. As a young man, he was interested in death-metal music and hosted a show on the environment on a student television station. In 1997, at the age of 17, he converted to Islam under the tutelage of a purportedly moderate religious leader named Haitham "Danny" Bundakji and was hired as a security guard at the Islamic Society of Orange County. Bundakji claimed that Gadahn was then befriended by a group of Pakistani nationals he described as "fundamentalist" who were outspoken in their criticism of moderation and Bundakji's interfaith activities, calling him "Danny the Jew." One of the group was Hisham Diab, a well-connected al Qaeda operative who once hosted the blind sheik Omar Abdel Rahman at his home. After Bundakji banned these men from the mosque, Gadahn stormed angrily into Bundakji's office, slapped him in the face, and accused him of not being a true Muslim. Shortly after this incident, Gadahn left for Pakistan and kept in touch with his family only occasionally.

Gadahn later traveled to Afghanistan where he attended al Qaeda training camps and served as an al Qaeda translator. During his ongoing career as a terrorist, he has spent time with the captured al Qaeda leader Abu Zubaydah and John Walker Lindh. Another associate of Gadahn's, Khalid Sheikh Mohammed, the mastermind of the 9/11 attacks, allegedly wanted to use Gadahn in a plot to bomb Baltimore gas stations. In May 2004, the FBI issued a BOLO (be on the lookout) for Gadahn and he was later added to the FBI's most wanted list. In December 2004, Gadahn resurfaced as Azzam al-Amriki, or Azzam the American, on an al Qaeda videotape threatening attacks against the United States that would far surpass those of 9/11. In the tape, he stated:

"People of America, I remind you of the weighty words of our leaders, Osama Bin Ladin and Dr. Ayman Al Zawahri, that what took place on September 11 was but the opening salvo of the global war on America, and that Allah willing, the magnitude and ferocity of what is coming your way will make you forget about September 11."

Gadahn made another appearance on September 11, 2005 in a video in which he called on the West to remove its, "current leaders and governments and their anti-Islam, anti-Muslim policies." He threatened, "Yesterday, London and Madrid. Tomorrow, Los Angeles and Melbourne, God willing." He also made an appearance in an al Qaeda video released on the first anniversary of the London transit bombings, in which he condemned American leadership and the American people who elected them. In the message, Gadahn decried the "crimes" of American and British forces in Afghanistan and Iraq. He blamed America for carrying out the majority of what he sees as atrocities against Muslims and blames the British for "coaching from the sidelines and lending a helping hand whenever possible" and being "the one who taught America how to kill and oppress Muslims in the first place." Gadahn takes care to emphasize the legitimacy of attacking civilians as opposed to solely military targets. Over the summer of 2006, an essay was removed from the website of the Muslim Student Association (MSA) of the University of Southern California. The author of that essay was "Adam Pearlman." In the essay, a young Gadahn transitioning into Islam wrote, "As I began reading English translations of the Qur'an, I became more and more convinced of the truth and authenticity of Allah's teachings. … Having been around Muslims in my formative years, I knew well that they were not the bloodthirsty, barbaric terrorists that the news media and the televangelists paint them to be." While it is true that there is only an unfortunate segment of extremist Muslims who meet the description of "bloodthirsty, barbaric terrorists," Adam Gadahn unfortunately chose to join their ranks, stating in the As-Sahab release on the anniversary of the 7/7 attacks, "When we bomb their cities and civilians …no sane Muslim should shed tears for them."