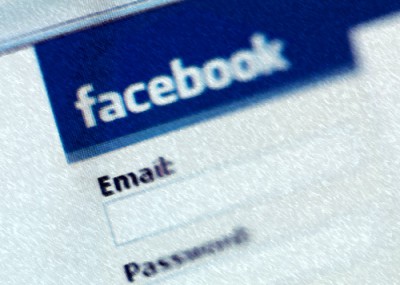 Jihadi media organizations are forming Facebook pages to bypass restrictions on terrorist organizations, and to pass on videos, pictures, and documents to followers. While Facebook bans inciting violence or hateful content, jihadi media groups slide underneath the restrictions because they are poorly known.

"Watch here live the battle yesterday at Mogadisho as the tanks of the kufaar [disbelievers] burn," says a post on the new Facebook page of Al-Kataib Media Foundation, a division of the Somali terrorist group al-Shabaab. The post also features a video of an al-Shabaab spokesman who "talks to the reporters at the front line of the jihad," provides a link to download the clip, and encourages them to "share it with your brothers and sisters."

Other posts on the Al-Kataib page glorify al-Shabaab's campaign of suicide bombing, while 'notes' provide detailed accounts of daily battles.

Facebook won accolades for its role in fueling peaceful, popular uprisings in the Middle East and North Africa known as the Arab Spring.

However, in the same way that social media has mobilized positive change in Arab nations, it has also given a boost to terrorist organizations. Hamas recently launched a new social media campaign, using Facebook, Twitter, and Youtube to lift its public profile.

The exploitation of Facebook by terrorists remains a serious concern of American intelligence. "Social media tools such as Twitter and Facebook can be used by terrorist groups to expand networks and exchange real-time information, enabling operatives to organize and act quickly," says a March 2011 Congressional Research Service report on terrorist use of the internet. "These tools can not only spread propaganda, but can also host embedded malicious software in links and applications that can corrupt an unsuspecting user's electronic device."

"YouTube channels and Facebook pages of Taliban and Al Qaeda supporters may radicalize Western-based sympathizers, and also provide a means for communication between these 'lone wolf' actors and larger organized networks of terrorists. The decentralized nature of the Internet as a medium and the associated difficulty in responding to emerging threats can match the franchised nature of terrorist organizations and operations."

A Facebook page for As-Sahab media, al-Qaida's propaganda arm that produces "documentary-quality films, iPod files and cellphone videos," underscores the threat. "Every three or four days, on average, a new video or audio from one of al-Qaeda's commanders is released online by as-Sahab, the terrorist network's in-house propaganda studio," the Washington Post reports. The Facebook page captures many of these videos by terrorist leaders Osama bin Laden, Ayman al-Zawahiri, and American Adam Gadahn, and presents them with subtitles in foreign languages like Turkish.

Another page is dedicated to Masood Azhar, the leader of Pakistani terrorist organization Jaish-e-Muhammad. It features videos from Azhar's organization and from another banned Pakistani group, Lashkar-e-Tayyiba.

Social networking sites have a profound influence on their users, as in all social contact. Theories such as the "Three Degrees of Influence Rule," state that everything we do or say ripples through our social network, having an impact on our friends, their friends, and their friends' friends. Studies illustrate that people are likely to experience the emotions and embrace the ideas of those who surround them, including on social networking websites like Facebook.

Thus social networks have a profound effect on radicalization. "If these [emotions and social trends] can spread through social networks, why not the volatile mix that leads to terrorism — anger, fear, hatred, religious fervor," asks counterterrorism expert Maria Ressa, in the Jakarta Post. "Mapping the social networks of Al Qaeda and JI show it does."

Al-Qaida has "evolved into a social movement that continues to attract new groups and new recruits," Ressa says. "Studies of the social networks of Al Qaeda and its Southeast Asian arm, Jemaah Islamiyah, show they continue to spread violent jihadi ideology like a virus." The participation of jihadi media provides wannabe jihadis with support from actual terrorists, making them part of the jihadi social network.

This is particular true in the past few months, where high-level assassinations have decapitated some leaders of al-Qaida. Their leaders remain the idols of the movement, with their videos and publications forming the basis of Facebook pages. But activists on web forums and Facebook remain the lifeblood of the movements, as producers and consumers of the vast media network that fuels jihadist thought.

FB and Twitter accounts now join and possibly surpass archive sites, Nero, bliptv and jihad satellite networks to move their message forward. Facebook is being used by an established political flank to launch a campaign for a million women in Egypt to take the veil by the time Ramadan rolls around. It will also be used to encourage Egyptian men to grow beards, in accordance with Sunnah. Facebook is also being used as a fenced asset for target-specific events with short lead times for participation.