Tunisia's Political Crisis Widens as the War on Terrorism Intensifies 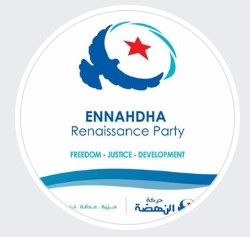 Tunisian President Kais Saied's March 30 order dissolving the parliament was a culmination of years of political conflict between Saied and the Muslim Brotherhood-affiliated Ennahda Movement. While the players fight it out, the political crisis only adds a new burden to the country's an ongoing war on terrorism.

Tunisia was the first country to experience the Arab Spring wave of revolutions, which toppled former President Zine El Abidine Ben Ali in January 2011. Ennahda quickly dominated the scene, winning 89 seats in parliament and helping form the new government. But it was voted out of power in 2014 over economic and national security issues.

It remained a political force, however, winning 53 parliament seats in 2019 and party founder Rachid Ghannouchi serving as parliament speaker. The two sides repeatedly clashed over the power of parliament versus the nationally elected president.

He is trying to change December's regularly scheduled election so that people vote for individual candidates rather than party slates.

But critics are calling his moves a power grab, and a number of Tunisian MPs, led by Ghannouchi, attempted to bypass Saied's decree by holding an online session. Saied called the move a "failed attempt for a coup d'état."

The decision to dissolve Parliament represents a threat to Tunisia and its security, and he pledged that the Ennahda movement – which he heads – will resist it, Ghannouchi told Al Jazeera.

But the dissolution was requested by many Tunisian political parties. Free Destourian (Constitutional) Party leader Abir Moussi, an Ennahda foe, said it was dangerous for the parliament to meet in defiance of the president's decree.

"The Brotherhood's parliament in Tunisia has been dissolved," Moussi said. "We have the right to rejoice in the dissolution of parliament and the humiliating exit of the Brotherhood."

But Ghannouchi found support from Turkey's Islamist President Recep Tayyip Erdogan, who described the dissolution of the parliament as the "smearing of democracy" and a blow to the will of Tunisian people. Tunisia's Foreign Ministry summoned the Turkish ambassador to protest Erdogan's "interference" in Tunisian affairs.

"Tunisia expresses its astonishment at the Turkish President's statement ... these comments are unacceptable," the ministry said in a statement.

"Although the constitution does not provide literally anything authorizing him to do so, it states that the head of state is the one who preserves the unity of the state, its continuity and stability," Tunisian constitutional law expert Rabeh Kraifi told France 24. The parliament session held in defiance of Saied's dissolution order posed "a threat to the unity and stability of the state."

If Saied did not act, "we may face having two governments," Kraifi added.

Saied vowed to prosecute those who orchestrated the parliament meeting. Ghannouchi was summoned by Tunisian authorities for questioning April 1. He was charged last Tuesday with conspiring against state security by a Tunisian preliminary court.

Ghannouchi and his son-in-law already are on trial on charges of receiving illegal foreign funding for Ennahda.

The parliament dissolution, along with the ongoing trial, could lead to the very dissolution of Ennahda, Mondher Guefrach, head of the nationalist Tunisian Salvation Front, told the Investigative Project on Terrorism.

"The Tunisian political parties law stipulates that in the event that a political party receives foreign funding, the party is dissolved directly by the judiciary," Guefrach said.

Saied was elected easily in 2019. Tensions between him and Ennahda escalated in January 2020, when Ghannouchi visited Erdogan in Turkey without the president's consent. The meeting came after hours from a no-confidence vote for the government selected by the Ennahda dominated Parliament.

Ghannouchi continued to forge his own international relations, prompting Saied to say that "Tunisia has one president domestically and abroad."

Saied has escalated his accusations against Muslim Brotherhood "demons" and described its role as "filthy," serving agendas of foreign hostile countries, which he didn't name.

"They fall into the arms of a number of foreign powers and then claim that they are working to achieve national sovereignty," Saied said during a cabinet meeting last month. "Their pictures in foreign capitals indicate their betrayals and complicity, and that they want us to be cornered or that we play the filthy role they play."

Tunisia's war on terrorism has been intensifying in the past year. Officials recently announced that they thwarted a January assassination attempt on the Minister of Interior.

They also claim to have dismantled 148 ISIS cells within the past six months.

"The rise in the pace of the war on terrorism in Tunisia is attributed to the Tunisian Ministry of Interior efforts to recover from the Brotherhood's control," Guefrach said. "Interior Minister Tawfiq Sharaf El-Din suspended all Brotherhood elements from the security apparatus. This move has reinvigorated the security apparatus and it is achieving great results now."

Ennahda has been accused of facilitating Tunisian fighters' travel to Syria to fight alongside ISIS. Around 1,000 Tunisian returnees face trial for joining terrorist groups abroad.

Ennahda elements were accused of forming their own security apparatus and assassinating political opposition figures.

The political instability and the Coronavirus outbreak have left the Tunisian economy battered, especially because of dwindling tourism. Tunisia is negotiating with the IMF and EU help. The EU has agreed to lend Tunisia €450 million to support its budget and plans to invest €4 billion in the country in the coming years.

Ennahda was viewed as one of the last Islamist strongholds in the region after its fall in Egypt and elsewhere. Moroccan Islamists lost elections last year, and things look grim for Ennahda at the moment.

There could be a mass exodus of Muslim Brotherhood members from Tunisia following the political conflict with President Saied and the corruption trials, Sky News Arabia reported in December.

According to the report, Ghannouchi and other Muslim Brotherhood global leaders, including London-based de-facto Supreme Guide Ibrahim Munir, have discussed arranging leaving Tunisia, especially for people involved in corruption lawsuits or facing trials.

The parliament's dissolution is the latest chapter in the country once considered a model for the Arab Spring revolutions. Islamists are fighting an existential battle. Public rejection and the president's adamant campaign to contain their threat is making their battle much harder than they anticipated.