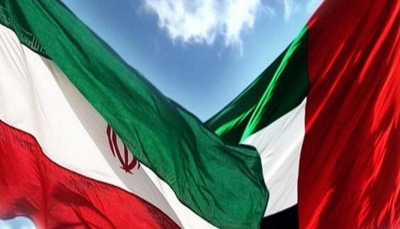 United Arab Emirates' air-defense forces intercepted a ballistic missile Feb. 7 that was fired at its capital Abu Dhabi by Iranian-backed Houthi rebels. It was the second such attack in a week, and the third this year. And the group is threatening much more.

"An important statement by the Yemeni armed forces is coming during the next hours to announce the details of a wide military operation in the depth of the UAE," wrote Brigadier General Yehia Saree just before last Monday's launch.

The U.S. State Department has condemned the attacks.

The Biden administration, which removed the Houthis from its list of foreign terrorist groups a year ago, indicated it may re-designate the group because of the attacks.

But New York based human rights lawyer and national security analyst Irina Tsukerman believes that the Biden administration has no intentions of listing Al-Houthis at the moment.

"I think the Houthi re-designation under the foreign terrorist organization is very unlikely under Biden and at least in the coming few months while the Vienna talks [on Iran's nuclear program] continue to drag on," Tsukerman told the Investigative Project on Terrorism.

The United States announced on Wednesday that it will send a warship and fighters to the region to help the UAE and other Arab allies defend against Houthi attacks.

The UAE pulled its troops from the Arab alliance fighting in Yemen in 2019, but that hasn't stopped Houthi attacks using Iranian arms. And the attacks continue despite the UAE's efforts to improve relations with Iran. That rapprochement included a December visit to Tehran by Emirati National Security Adviser Sheikh Tahnoon Bin Zayed.

According to Iranian news agency IRNA, Raisi claimed that Zionists were pursuing sinister goals and regional countries should be careful.

The UAE was one of the first countries to sign on to the Abraham Accords in 2020, normalizing relations with Israel. Still, Bin Zayed handed Raisi an official invitation to visit the UAE.

Iran and the UAE had a long feud that that started immediately after the UAE became a country in 1971. Iran annexed three Emirati islands –Abu Musa, and Greater and Lesser Tunb – which remains a source of contention.

It is not yet clear whether the recent Houthi attacks will prompt the UAE to alter, or give up, its diplomatic push with Iran.

In recent years, the UAE has pursued an independent political path that differs from other Gulf States and the Arab League. It resumed diplomatic relations with Syria in November after most of the Arab League members severed ties with Bashar Al Assad's regime in 2011 after it brutally repressed protests.

"While there is nothing wrong with attempting diplomatic and political solutions to military conflicts and regional tensions," Tsukerman said, "none of it will work if the counterparts are either acting in bad faith or otherwise not open to diplomatic resolution of the issues."

That said, the UAE remains firm in listing groups such as Hamas, Hizballah, Muslim Brotherhood and even Islamist associations such as the Council on American-Islamic Relations (CAIR) and Islamic Relief as terrorist entities.

But concerns in Israel are growing.

The UAE sits directly south of Iran across the Persian Gulf. While it might seem wise to maintain relations, few analysts are confident Iran can be trusted.

"If anyone thinks that by giving in to Iran, it will make them suddenly behave better, they're sorely mistaken," Jerusalem Center for Public Affairs President Dore Gold told the Jerusalem Post. "That will only invite greater Iranian intervention in the Middle East."

The Emirati overtures toward Iran have not stopped it from signing of large number deals with Israel. For example, the UAE invested $100 million in Israel's tech sector and $10 billion more Emirati investments are expected within the next decade.

On the other hand, the UAE still has its own security concerns.

The Emiratis believe their overtures to Iran could de-escalate the tensions resulting from Israeli concerns over Iran's nuclear program and support for terrorist groups like Hizballah, that could lead to military action against Iran.

"We need to avoid a major conflict that will embroil the United States or indeed the countries in the region," presidential adviser Anwar Gargash told the Arab Gulf States Institute in Washington in December. "Our interest is to try and avoid it at all costs."

Yemen overlooks the Strait of Bab El-Mandeb, an area of strategic importance as the main route for oil tankers.

The UAE is the world's seventh biggest oil producer. Brent crude oil prices rose to a seven-year high of $87.25 per barrel after the latest attacks.

There is little indication that the Emirati rapprochement would deter Iran from its expansionist plans, much less turn the hostile regime into a friend. The ongoing Houthi attacks are sending a clear and disturbing message.