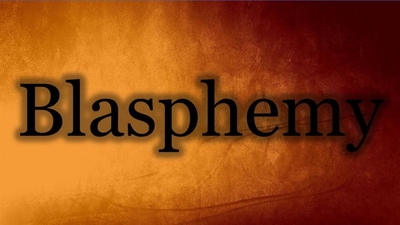 Egyptian President Abdel Fattah al-Sisi promises to launch "a new republic" this year, led by a development boom and a new commitment to democracy and religious tolerance.

But a November prison sentence handed down to an Islamic reformer shows that the country has a long way to go before reaching Sisi's goals.

Al-Azhar University, considered the world's oldest and most prominent Sunni institution, is the source of many of those interpretations. Maher exposed the books being taught to Al-Azhar students that incite hatred against Christians, Jews and non-believers.

"Al-Azhar teaches curricula that produced the jurisprudence of all terrorist and violent groups around the world," Maher wrote in his book.

In a 2018 interview, he called for Al-Azhar to be shut down.

"Al-Azhar should be closed for 10 years, and groups of dedicated jurists should be assigned to develop new approaches to a new reading of Islam," Maher said.

Al-Sisi has repeatedly called upon Al-Azhar clerics to spearhead religious reforms and be more inclusive of Christians in Egypt.

He demonstrated his commitment to inclusiveness by leading an annual delegation of prominent officials attending the great celebrations of Orthodox Christmas, most recently on Jan. 6.

"In Egypt we have taken a path together, a path that we pledged in front of God and to you that we shall finish that path. This path is the path towards the new republic which is inclusive to everyone, it includes us all without any discrimination," al-Sisi said.

Coptic Orthodox Pope Tawadros II praised Al-Sisi's attendance and called the visit as "one of the features of the new republic." Al-Sisi has tried to be more inclusive of Egypt's Christian community, including increasing the appointment of Christian governors and ministers.

Despite these gains, Egypt's blasphemy law still hinders religious reforms. It was introduced by President Anwar Sadat in 1981 to protect Egyptian Christians from radical Islamists. But according to civil rights lawyer Hamdy Al-Assyouti, 90 percent of blasphemy chargers are filed against Christians.

But recent cases against prominent critics of Islamic doctrine like Maher show that the law is used to stifle thinking that strays beyond rigid Sunni doctrine.

Efforts to abolish the law began in 2016, but the Egyptian parliament has been unable to pass a bill. The blasphemy law still enjoys strong support from some MPs and Egypt's Ministry of Justice.

"In the absence of this article (law), anyone can offend others and will not take into account the feelings of others and the freedom of their beliefs," Egyptian Justice Minister Omar Marwan told Egyptian TV in September.

In Maher's case, he confirmed his adherence to Islam in a November video, but reiterated criticism of the jurisprudence based on early imams' opinions, many of which are based on unverified sources. "If your shirt is stained by some juice you remove it," he said. "Imagine it is about the religion."

"And my sadness intensified because of the Al-Azharites' dedication for hundreds of years to protect that heritage, despite the intellectual shallowness emanating from it," Maher wrote in his book.

Maher received support from a number of Egyptian intellectuals and celebrities. Author and journalist Fatima Naoot, who was previously imprisoned for blasphemy, issued a plea for al-Sisi to eliminate Maher's prison sentence.

"My heart is sad and losing hope in what I thought was a light shining on the new republic," Naoot wrote.

Naoot was sentenced to three years in prison in 2016 after calling the Islamic feast Eid Al Adha the "greatest massacre committed by human beings" because part of the tradition is slaughtering sheep and cattle and donating them for charity. The sentence was later reduced to a suspended six months in prison.

A year earlier, Islamic thinker and TV host Islam Beheiry was sentenced to one year in prison. Beheiry presented Quranic verses that contradict claims by Al-Azhar and other Islamic scholars that non-Muslims can't go to heaven. Al-Azhar called Beheiry's show a "fierce campaign" against the tenets of Islam and demanded it be canceled.

His sentence was reduced by a presidential pardon.

"Our problem today is that we live in a time in which the sacred is not God, Islam or the Quran, but religious scholars and their interpretations, mosque preachers and stars of religious programs. You don't have to attack them as people, just discussing their ideas can land you in jail," wrote Moroccan writer Sana al-Agy.

Maher's case was triggered by a lawsuit filed by attorney Samir Sabry, who has brought a number of public lawsuits against Egyptian celebrities. Egyptian law enables any citizen to sue to defend community interests. Broad interpretation of the law has led to dozens of blasphemy cases against writers, artists and celebrities. Convictions often lead to prison time.

Maher "is fighting Islam and making Muslims question their religion," Sabri wrote in the 2020 lawsuit. "Maher held a conference to change the tenets of religion and demanded that Al-Azhar apologize for the Islamic conquests. Rather, he committed many offenses against the true Islamic religion."

Article 65 of Egypt's constitution guarantees freedom of thought and expression. Similarly, article 64 guarantees the absolute freedom to worship for all monotheistic religions. But in practice, the blasphemy law overrules those protection, especially when Al-Azhar is involved.

A number of Islamists and other radicals gloated over Maher's sentence.

"I am not a saint, but there is a difference between a sinner who hopes for repentance like me and other Muslims, and those who want to uproot the rules of religion," wrote Abdullah Rushdy, who is known for his sectarian and misogynistic statements. "Perhaps the sentence of imprisonment of Ahmed Maher will be a warning for some of them."

"The problem in my view is that we should have anti-hate and anti-discrimination laws, but not a blasphemy law. These two are completely different. Mixing them is the problem that Maher is sadly paying the price for it," Egyptian writer Nervana Mahmoud told the Investigative Project on Terrorism.

"Religion is not a vulnerable being that can be insulted. But minorities are," added Mahmoud.

In 2016, Al-Sisi called upon Al-Azhar clerics to initiate "relentless efforts" for religious reforms and renewal of religious interpretations. But these efforts are hindered by stacks of old laws that hinder any serious religious reform. The blasphemy law remains a loophole which enables radicals and fame seekers to take reformers to court and try to jail them.

Egypt's new republic will be challenged by very old practices.