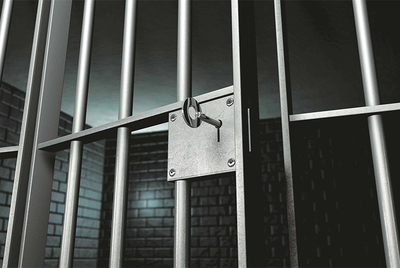 He is out of jail again, the Dutch-Moroccan terror suspect Samir Azzouz, who has been repeatedly arrested, acquitted, rearrested, convicted, imprisoned, and released since he was first caught on a train to Chechnya in 2003. Then 17, he was planning to join the jihad against Russian forces. In the time since, he has been charged with plotting a terrorist attack on the Dutch Parliament and Schiphol airport; amassing materials to make a bomb; possession of illegal weapons; and membership in a terror cell, for which he was sentenced to eight years in 2006 and an additional nine years in 2008 – only to be released in 2013, not having fully served even the initial sentence.

Azzouz was arrested again in June, this time on charges of raising funds to free former ISIS members – now being held in Kurdish-run prison camps in Syria. A month later, a court set him free to await his December trial.

Azzouz does not deny the charges. He claims his was a humanitarian mission, aimed at helping Dutch women and their children escape from the camps with the help of human smugglers. Prosecutors, however, see it differently: they contend he is helping to rebuild the Islamic State by bringing its children to the West.

This kind of revolving door of terrorists in and out of public life is now taking place across Europe, raising counterterrorist officials' concerns of a growing jihadist threat. On Monday, for instance, officials reminded a London court that Sudesh Amman, who knifed two people in South London in February 2020, had also previously been imprisoned on terror offenses. Even while in prison, however, Amman reportedly expressed a desire to stage an attack once his term had ended, leading police to argue against his release. Nonetheless, Amman left prison a free man on Jan. 23, 2020. Eleven days later, he stole an eight-inch knife from a shop on Streatham Road and arbitrarily stabbed two passers-by. Police shot and killed Amman as he tried to escape.

Spain released 39 jihadist suspects from prison in 2020, only some of whom had served their entire sentences, while others were still awaiting trial, according to Europol's "2021 EU Terrorism Situation and Trend Report." The same was true in Belgium, where 30 suspects were let go. Meantime, France and the UK have also expressed concern about the impending release of jihadists whose sentences end before 2022 – nearly 200 in France alone.

While the UK is exploring avenues to address the problem, France has particular cause to be on edge. Cherif Kouachi, one of the terrorists involved in the January, 2015 Charlie Hebdo attack, was arrested on suspicion of terrorist activity in 2005. Though sentenced to three years at his 2008 trial, Kouachi was immediately released on the basis of time served. And in 2019, according to a Combating Terrorism Center report, French police arrested Mohamed Chakrar for his role in planning an attack against the Elysée Palace, the official residence of France's president. Two years earlier, Chakrar had been arrested as he was heading to join the Islamic State; he served just one year of a three-year sentence.

Other countries have also seen their share of former terrorists re-engaging in jihad. "In 2020, at least five jihadist attacks in Europe (Austria, Germany and the UK) involved perpetrators who were either released convicts or prisoners at the time they committed the attack," according to the Europol report. Indeed, the report adds, "the Netherlands, for example, highlighted the danger of returning jihadists with significant experience, knowledge, capabilities and potential motivation to commit violent acts ... Denmark remarked that the threat not only concerns attacks or attack planning, but also radicalization or propaganda activities, logistical support, terror financing, or other terror-related activities."

That threat is real. While experts agree that the Covid pandemic has inhibited terrorist activity – in part due to fear of infection, and in part because of fewer crowded, highly-populated events at which to stage them – they also point to a rise in online activity and propaganda. Coupled with global lockdowns that have kept young people at home, often bored and seeking stimulation or friendship online, these efforts could prove especially potent. This was especially the case during the protests following the murder of George Floyd, when al-Qaida "invited [protesters] to convert to Islam, portraying Al Qaeda as a group fighting against injustice and tyranny globally," the Europol report said.

Moreover, incarcerated terrorists are also effectively radicalizing their fellow inmates, Europol notes, citing counterterrorism findings in Italy, the Netherlands, and Spain. And "radical prisoners that return to their communities after release might have a significant impact on their peers," the report adds. "Belgium ... reported that, like returnees from conflict zones, individuals leaving prison might enjoy heightened notoriety among their peers, which could influence and favor radicalization in certain neighborhoods."

Most disturbing in this is the fact that many of the jihadists were under surveillance at the time of their post-prison attacks, raising questions about the ability to track the number of potential threats and about the need for re-integration programs within the prisons and for an overall reassessment of the penal code for terrorism crimes.

Worth noting in this debate is a recent study by Thomas Renard of the International Centre for Counter-Terrorism in The Hague, which found low recidivism rates among European terrorists, despite the reports by intelligence officials that "the threat of recidivism is 'surging.'" Yet others have challenged Renard's findings, suggesting the study was too limited in scope. Further, Renard neglects the recruiting efforts by jihadists within prison communities, which can pose at least as great a threat.

Yet it doesn't always go this way. Jason Walters, once a cohort of Samir Azzouz, experienced an epiphany while serving his nine-year sentence in the Dutch high-security prison reserved for terrorists. Now a counterterrorism analyst, he also works to intervene in the radicalization of Dutch Muslim youth. And Maajid Nawaz, once a member of extremist group Hizb-ut-Tahrir, had a similar awakening while imprisoned in Egypt. He went on to found and lead the counter-extremism organization Quilliam in London.

What happened to these two men – and others like them – to inspire this change of heart and mind? What made it so much more powerful than prison, or the uncertain business of surveillance? Understanding this, and applying what we discover, may be what makes all the difference.