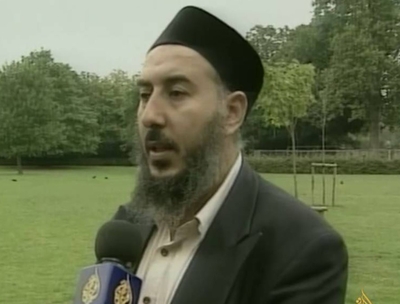 Despite what seemed to be a tougher stance and a viable strategy against radicalism and Islamism in the United Kingdom, a British appeals court granted political asylum to Egyptian-born terrorist Yasser Al-Sirri.

Sirri won a 27-year legal battle for asylum in Britain when a three-judge panel rejected the Ministry of Home Security's objections.

Al-Sirri was convicted in absentia by a military court in 1994 and sentenced to death for conspiring to kill Egypt's prime minister, "a conviction which was probably secured by the use of torture," the British appellate court ruling issued last month said.

Refugee status applies to anyone who fears being persecuted if repatriated, the court said. But it does not apply to people "guilty of acts contrary to the purposes and principles of the United Nations." And that's the reasoning that prevented Al-Sirri from obtaining asylum until now.

In addition to the plot against his prime minister, Al-Sirri is suspected of helping facilitate the assassination of Afghani Taliban foe Ahmad Shah Masoud that took place two days before the 9/11 attacks. British investigators searched his home and office, finding "2,000 copies of a book which espoused the killing of Jews, containing a foreword written by [Al-Sirri] ..." It was published by the Islamic Observation Centre, which Al-Sirri founded, and was written by the head of the banned Egyptian terrorist group Al-Gama'a al-Islamiyya.

Even as his asylum battle dragged on, Al-Sirri posted a statement in 2015 advocating "the use of violent jihad as an obligation for Muslims," the court ruling noted.

He openly supported Egyptian-born terrorist Sheikh Omar Abdel Rahman, considered the 1993 World Trade Center bombing mastermind, and who received a life sentence in the United States for plotting a "war of urban terrorism."

Al-Sirri was indicted in the United States in 2003 for conspiring to provide material support to Al-Gama'a al-Islamiyya, by distributing messages about the group to and from Abdel Rahman.

Abdel Rahman "was a victim of a conspiracy in the United States and has been wrongly imprisoned in the U.S." Al-Sirri told PBS's "Frontline" in October 2001. "It is an insult to Muslims that he's imprisoned. If he dies in prison, there will be a lot of problems for the United States in the Muslim world."

"Despite the danger that [Al-Sirri] represents, this man will be allowed to stay in the United Kingdom as a refugee," British Reform Party leader Nigel Farage said in a video commenting on the court ruling.

The United Kingdom banned the death penalty for murder decades ago. It refused to extradite two British ISIS suspects suspected of killing Western hostages to the United States in 2018 without a promise that the men would not face the death penalty or be sent to the Guantanamo Bay military prison. That stipulation was issued last summer.

Al-Sirri is not the only Egyptian radical to gain asylum in Britain. Hany Al-Sibai was a commander in the Al-Gama'a al-Islamiyya, or the Egyptian Islamic group, and had ties to al-Qaida leader Ayman Al Zawahiri. Like Al-Sirri, Al-Sibai was sentenced to in absentia to death by Egypt in 1998 before fleeing to Britain where he received asylum. Former British Prime Minister Tony Blair named Al-Sibai as a "key influence" on jihadists. He is considered a mentor to British ISIS terrorist Mohamed Emwazi, known as "Jihadi John."

A British court ruled in favor of granting him asylum, rejecting government efforts to deport him. In addition to granting him refuge, UK taxpayers help provide him with £50,000 in public assistance.

The United Kingdom has a long history of providing refuge to Islamist radicals. For instance, London is currently the home of the acting Muslim Brotherhood General Guide Ibrahim Munir. Other key Brotherhood figures granted asylum in Britain include Tunisian Islamist and Ennahada Party founder Rachid Ghannouchi. He is now serving speaker of Tunisia's Parliament. Britain hosts up to 35,000 Islamists according to 2017 estimations, many of whom are wanted in their home countries.

"The Muslim Brotherhood's foundational texts call for the progressive moral purification of individuals and Muslim societies and their eventual political unification in a Caliphate under Sharia law. Parts of the Muslim Brotherhood have a highly ambiguous relationship with violent extremism" then-Prime Minister David Cameron wrote in 2015.

Moreover, radical pan-Islamist groups such as Hizb ut-Tahrir (Party of Liberation) are flourishing in Britain. The group calls for a caliphate to rule all Muslims and propagates topics such as the "The Return of the Islamic World Order." The group has a branch in Chicago, whose founder Mohamed Malwaki said in a conference in Jordan in 2013, "Let Britain, America, And the entire West go to hell, Because The Caliphate Is Coming, Allah Willing." The group is banned in a number of countries, including Egypt.

The British court's decision to grant Al-Sirri refugee status is just the latest example showing that the United Kingdom for decades has been too tolerant of Islamist radicals.

"While we have made significant progress in recent years there is, to be frank, far too much tolerance of extremism in our country," then-Prime Minister Theresa May said after a 2017 terrorist attack at the London Bridge that killed seven people.

The flexible laws allowed convicted terrorists from around the world to roam freely in UK and receive government benefits. That kind of lenient policy led one French Intelligence officer to label London as "Londonistan" during the 1990s.

"UK governments – Conservative and Labour – have been colluding for decades with two sets of Islamist actors which have strong connections with each other," said Mark Curtis, author of Secret Affairs: British Collusion with Radical Islam, during a 2018 interview with Open Democracy.

"Britain's policy has been to collaborate with Islamist extremists as a matter of ad hoc opportunism," said Curtis. "Whitehall (the British government) does not work with these forces because it agrees with them, but because they are useful at specific moments: in this sense, the collaboration highlights British weakness to find other on-the-ground foot soldiers to impose its policies."

"UK support for Syrian rebel groups long focused on the Free Syrian Army (FSA), described by British officials as 'moderates'. Yet for the first three years of the war, the FSA was in effect an ally of, and collaborator with, Islamic State and al-Qaida's affiliate in Syria, al-Nusra," Curtis said as an example of recent connections of British government to radical and terrorist groups.

Al-Sirri's ability to live out the rest of his life in England is just another example of the bad outcome made possible from such flawed policies.