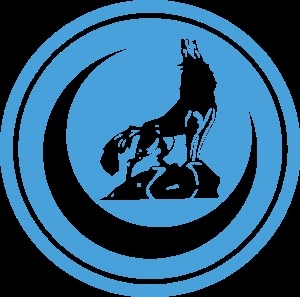 Attacks on French-Armenian citizens by a far-right Turkish group in Lyon in late October was the last straw for French authorities in face of a growing menace of the Turkish ultranationalist organization, the Gray Wolves.

France banned the group Nov. 4 after a series of violent attacks against Armenian minorities which also targeted Armenian heritage buildings such as the Armenian Genocide Memorial in Lyon. "Loup Gris" (Gray Wolves) was spray painted on the National Center of Armenian Memory.

"We are going to kill them," group followers shouted during "hunt for Armenians" marches that came as France and Turkey supported opposing sides in fighting between Armenia and Azerbaijan over the disputed Nagorno-Karabakh territory. Turkish mercenaries reportedly fought with the Azerbaijani army.

The Gray Wolves "incites discrimination and hatred and is involved in violent actions," French Interior Minister Gerald Darmanin said in announcing the ban.

A French government spokesman accused the Gray Wolves of "extremely violent actions," and fostering "incitement to hatred against authorities and Armenians."

Lawmakers in several other European countries hope to follow France's action with their own bans.

Tensions continue to rise between European Union states and Turkey over immigration, Turkey's support for Islamism, and its illegal gas and oil exploration in the Mediterranean Sea. Those tensions spiked when far-right Turkish networks such as the Gray Wolves waged violence in France, Austria and Germany in support of President Recep Tayyip Erdogan's pan-Turkish and Neo-Ottoman agenda.

Founded circa 1968 by Turkish politician Alparslan Türkeş, the Gray Wolves organization is considered to be the militant wing of the Turkish far-right Nationalist Movement Party (MHP). It has developed close ties to Erdogan and his Justice and Development Party (AKP).

The Gray Wolves offers a peculiar mix of Turkish imperial ambitions with Islamic traditions. Its motto: "Our bodies are Turkish, our souls are Islamic."

It targets minorities it deems as hostile to Turkey, including Greeks, Kurds and Jews. It was involved in the horrific 1978 Maras Massacre that left more than 100 Alevi Muslims dead.

But the Gray Wolves is not a traditional jihadist terrorist group. It is more of an ultra-nationalist gang which adopts some Islamist ideologies, helping it mesh with Erdogan's Islamism. It has been called "Erdogan's extended arm" in Europe.

When China blocked Uyghur Muslims from fasting during Ramadan in 2015, the Wolves attacked Chinese restaurants and people they thought were Chinese. In addition, there was an attempted to break in to the Chinese embassy in Ankara.

Some Dutch lawmakers called for a similar ban of the Gray Wolves.

"It is scandalous that the 'Gray Wolves' salute, which is the symbol of a legal political party in Turkey, is on the same list as the symbol of the PKK, a bloody terrorist organization," a Turkish Foreign Ministry statement said.

The group remains one of the best organized militant groups in the Europe. It has as many as 20,000 followers, prompting German media to call it the country's biggest far-right group.

"We are sitting on a powderkeg in Germany," Turkish expert Burak Copur told Germany's ZDF television at the time. "The emotions here cannot be viewed in isolation from the political developments in Turkey, which are mirrored in Germany."

Germany is home to at least 3 million Turkish nationals or people with Turkish roots. A third of them are of Kurdish descent.

A motion calling on the government to ban the Gray Wolves filed by leftist parties was approved last month by the Bundestag to "closely monitor the activities of the movement in Germany and resolutely counteract them with the means of our constitutional state."

"Hundreds of murders in Turkey are attributed to the Wolves," said the Green coalition's Cem Özdemir. "But the Wolves do not limit their activities to Turkey. In Germany, too, they threaten opposition members of Turkish origin and members of minorities."

Turkish state-funded media claim that a German ban would be an act of anti-Muslim bigotry.

Meanwhile, the hunt for Armenians that prompted France to act extended into Austria. More than 150 Turkish vandals attacked police in Vienna in late October when they tried to prevent the group from hunting down and attacking Armenians. In June, a group of Kurdish women were attacked by a mob of hundreds of Gray Wolves during a rally they organized to protest violence against women in Turkey. The group used anti-Kurdish slogans and chanted its support of Erdogan.

Gray Wolves also are accused of assassinating Kutlu Adali, a Turkish-Cypriot journalist who criticized the ruling regime of Turkish-occupied northern Cyprus in 1996. Adali was critical of implanting Turkish settlers in the occupied region of Cyrus.

Curbing the group's expansion is part of a new French strategy to combat Turkish nationalism.

It is unclear why Europe waited so long to confront the Turkish Gray Wolves, given the group's bloody history. But just as the Erdogan regime is now perceived as a menace to European security and could face sanctions, EU countries appear ready to act.