Palestinian Leaders Want Israel Destroyed – Until They Need a Doctor 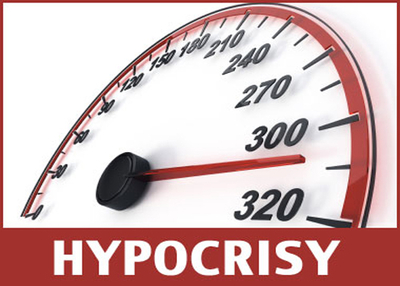 The coronavirus-related death of senior Palestinian figure Saeb Erekat in Jerusalem's Hadassah Hospital Nov. 10 rekindled a debate in Israeli society about medicine and morality, and the Palestinians' cynicism and ingratitude in their relations with Israel.

Erekat, whom I knew personally, is a perfect example: he worked tirelessly not only to delegitimize, but to try to destroy Israel by means of economic strangulation through his unending promotion worldwide of the BDS campaign. He accused Israel of being an "apartheid" country, actively supported the "resistance" (a euphemism for Palestinian terrorism, which aims to kill Israelis), called for a tsunami of millions of "returning Palestinian refugees" to overwhelm Israel and demographically destroy it as the homeland of the Jewish people, and fiercely advocated ending all security and civilian coordination between Israel and the Palestinian Authority (PA). Still, despite his statements supporting terrorism and the elimination of the State of Israel, he was never rebuked by any Western government or human rights organization. In fact, Erekat was treated no differently than other members of the P.A. and Hamas who openly support and coordinate terrorism and indoctrinate their students with poisonous anti-Semitic curricula – often subsidized by European governments and large left leaning U.S. foundations.

Erekat was born in Jordan but pretended he was Palestinian. The Erekats are Bedouins, related to a large clan based in south Jordan. It was therefore ironic, not to say weird, when the diplomatic terrorist, who refused to recognize Israel as a Jewish state and did his best to destroy it in order to establish "Palestine" on its ruins, would look to Hadassah Ein Kerem Hospital in Israel's capital city for help in his coronavirus plight despite the boycott he worked so hard to impose on Israeli institutions.

The Jerusalem-based Sheikh Ikrima Sabri, whom I also have known personally, behaved the same way. For years, he spewed vicious propaganda and anti-Israeli and anti-American incitement from his pulpit in al-Aqsa mosque. When he was in charge as the "Mufti" (an Islamic legal authority), he led millions of Muslims in prayers –beamed all over the Muslim world by radio and the internet – with his religious rants against the United States ("Allah will turn the White House black...") and religious curses calling for the "annihilation of the Zionists" and "the destruction of Israel." But when he urgently needed heart surgery, his first choice was...the Zionist-run Hadassah Hospital in Jerusalem. The Jewish doctors saved Sabri's life and he returned to defaming Israel and inciting violence and terrorism against Jews, just more fervently than in the past.

There are many other examples of the moral double standard that serves as the operative code used by the Palestinians, who ignore the old Arabic proverb, "Don't throw stones into the well you drink from." Hamas and Palestinian Jihad Islamist terrorists glorify what they proudly refer to as early Islam's "Islamic morality," the legacy of their seventh century beginnings in which they believed it was their intrinsic right, ordained by Allah, to impose their way on the rest of the world. Thirteen centuries later, they now love the land "occupied" by Israel so much that every summer they burn its forests, launch incendiary balloons to destroy its crops and year-round fire rockets into it, and indiscriminately shoot, run over and stab Israeli men, women and children. At the same time, every month the Hamas and PIJ leadership send hundreds of sick Palestinians to Israeli hospitals for complicated medical procedures.

It is interesting that there are so many terrorists among the Arab medical establishment that has made such a prominent contribution to terrorism and murder. Ayman Zawahiri, a medical doctor, was one of the original founders of al-Qaida; Abdel Aziz al-Rantisi was a senior Hamas figure and a physician, as is Mahmoud al-Zahar (a surgeon) and Ibrahim al-Yazouri, (a pharmacist); all of them terrorist operatives to the core. But instead of fostering a modern Palestinian public health system, in building new hospitals and improving the quality of medicine in the Gaza Strip, Hamas and the Palestinian Islamic Jihad leaders invest the international community's '"humanitarian assistance" money in positioning missile arrays inside United Nations schools and infirmaries, building a network of underground command and attack tunnels throughout the Gaza Strip, and fortifying the bunkers they constructed under Shifaa Hospital in Gaza City.

It is no wonder, then, that the Palestinian public health system cannot deal with complicated medical problems and sends its difficult cases to Israeli hospitals. In 2014, the wife of PA Chairman Mahmoud Abbas was treated in Israel. In 2018, an Israeli specialist was sent to Ramallah to treat Chairman Abbas himself, resulting in a dramatic improvement in his health. Over the years Israel has provided medical care for the relatives of the Hamas and PA leaders, whose main pastime is to spend their days thinking about and planning how to destroy the State of Israel.

An unhappy aspect of this saga of hypocrisy and cant is that, while thousands of Palestinian patients are treated in Israeli hospitals and charged the same fees as Israelis, Abbas stopped paying for their care last year. PA figures are in an entirely different category. Israel facilitates the delivery of drugs and money to the Palestinian Authority, including those originating from hostile terrorist supporting countries such as the Islamist nation of Qatar. In April, doctors from Israel's Sheba and Barzilai hospitals trained Gazan medical teams in treating Covid-19 patients from Hamas-controlled Gaza.

One of the scandalous absurdities arising from Israel's unparalleled humanitarian policies toward the very terrorist groups trying to destroy the Jewish state – never reported in the Western media – is that the very same terrorist organizations have tried to turn some of its patients into suicide bombers. They hope to detonate their bombs at the precise moment they were being treated by the most number of Israeli doctors and nurses. For example, in 2005 Hamas sent a Gaza woman named Wafa Samir Ibrahim Bas to Soroka Hospital in Beersheba for life-saving treatments. But Hamas secretly padded her under-clothing with 20 pounds of high-powered explosives so she could blow up the doctors treating her in the Israeli hospital.

Beyond the medical treatments given to the very terrorists sworn to destroy the Jewish state, Israel opened up a field hospital on its Syrian border in the Golan Heights to treat any wounded Syrian soldier or citizen seeking help. The IDF doctors and nurses asked no questions of any of the hundreds of wounded. The patients included soldiers from the hostile Syrian Army – still technically at war with Israel – and even fanatic Islamist terrorists including ISIS operatives who have vowed to slay every Jew in the world.

It was thus ironic that in the past two weeks, at the same exact Golan Heights site where Israel operated the field hospital treating wounded Syrians, Israeli soldiers found a system of IEDs set to kill an IDF patrol. An IDF investigation concluded that the IEDs could only have been placed in the very carefully calibrated position inside the Golan Heights by those very same patients who had come to the Israeli field hospital from Syria for medical care.

The story of ongoing Israeli medical treatments of senior Hamas leaders – even after that same leadership has ordered tens of thousands of missiles be fired into Israel in an attempt to kill as many civilians as possible – gets almost no attention in the western media. It prefers to promote a demonstrably false narrative that Israel is an "apartheid" country and that Palestinians are not afforded Israeli medical care.

In Israel, we know the truth. For example, in October 2014, just two months after Hamas started a war with Israel in which it launched more than 10,000 missiles into civilian targets, Sarah Haniyeh, the daughter of Hamas leader Ismail Haniyeh, was treated at Tel Aviv's Ichilov Hospital following complications she suffered in a Gaza hospital. Around the same time, but unreported, Hamas leader Haniyeh's mother-in-law and granddaughter also left Gaza for treatment in Israeli hospitals.

The parade of Hamas murderers, kidnappers and genocidal Jew-hating terrorists who find no moral contradiction in seeking medical help from the very people they are sworn to wipe out boggles the mind. But then again mass murderers usually don't have guilty consciences. They range from the sister of Hamas leader Mousa Abu Marzouk to the children of Hamas military commanders who orchestrate maneuvers to carry out murderous terrorist raids on Israeli schools, towns and kibbutzes near the Gaza border.

Another absurdity that separates Israeli medicine from Palestinian cynicism and hypocrisy is the example of terrorist Yahya al-Sinwar, head of the Hamas political bureau in the Gaza Strip, who, while imprisoned in Israel in 2007, was operated on to have a brain tumor removed. Now, having been released in 2011 in the Gilad Shalit prisoner exchange deal, he continues to furiously beat the Hamas drum for more and more missiles, more and more killings.

Behind Palestinian hypocrisy – like the front page New York Times story Nov. 19 that the PA was preparing to stop its "pay for slay" program yet in Arabic, as reported by the much more reliable Palestinian Media Watch, the PA had denied any intention to do so in Arabic-- is their twin knowledge that they can get away with anything, any lie and any terrorist attack with western audiences. Palestinian terrorist organizations – from the PLO, Hamas or Islamic Jihad – can kill as many Israelis as possible without any fear of an Israeli attack on Palestinian civilians in return, because Israel has a different moral code.

At present, Hamas holds Israeli civilians and IDF soldiers hostage in unthinkable conditions. No one knows where they are, their conditions or whether they are even alive. Hamas refuses to let the Red Cross visit them. At the same time, convicted Palestinian terrorist murderers go on hunger strikes in Israeli jails, secure in the knowledge that they can rely on the oath sworn by their Jewish doctors, their humanity and Israel's moral code, which the terrorists cynically leverage for their own ends, to get effective "get out of jail free cards."

Yet Israel is cast as the real impediment to peace.

It is the propaganda of pro-BDS anti-Semites being echoed by hordes of the Left's new anti-Semitic followers trying to pretend their accusations are just mere criticisms of Israel. If Israel really was bent on a secret program to wipe out massive numbers of Palestinians, why do so many Palestinian terrorists seek Israeli medical help? And why would Israel grant so many Palestinian civilians, as well as known terrorists, medical assistance? Why would Israeli doctors volunteer to go the West Bank to treat patients and also volunteer – at the risk of never being heard from again – of treating patients in Gaza?

The difference between the Hippocratic Oath and hypocritical oath sworn by the Palestinians when they join the terrorist organizations is not the spelling. They invest in weapons and tunnels instead of hospitals, explosives instead of medicines, lies with twisted political and religious interpretations instead of medical dedication, religion as an opiate for suicide and the murder of the Other – Jews, in this case – instead of antibiotic infusions.

The Palestinian murder doctrine is not meant to bring healing or peace, but to sow death. Hamas' missiles in UNRWA infirmaries, the Red Crescent ambulances used to transport terrorists and the Hamas bunkers under Shifa Hospital all give witness to that awful truth. It's time to put a stop to this lunacy. 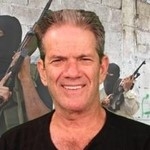 IPT Senior Fellow Reuven Berko holds a Ph.D. in Middle East studies, specializing in Arab and Islamic Affairs. He served as the Adviser on Arab Affairs to the Jerusalem district police. Berko is a frequent commentator on major Arabic satellite programs and an analyst for the Arabic Affairs program on Israeli TV. He writes for a broad range of Israeli and Arab newspapers and is considered one of Israel's top experts on Arab affairs.