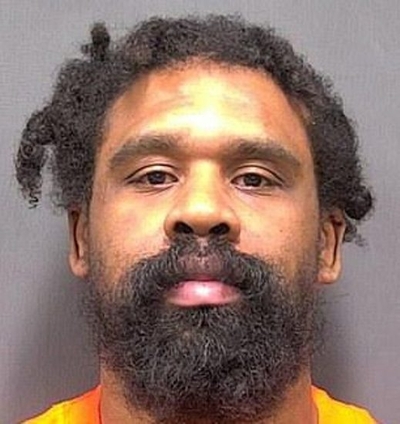 Grafton Thomas, the alleged terrorist who attacked a Hanukkah celebration Saturday night in Monsey, N.Y., has been charged with five counts of obstruction of the free exercise of religious beliefs involving an attempt to kill with a dangerous weapon.

If convicted, Thomas faces up to 100 years in federal prison.

He is accused of using a machete to stab and slash five people in Rabbi Chaim Rottenberg's home. One victim lost a finger, while another is in critical condition with a skull fracture.

"Dozens of congregants from the Synagogue were inside the Rabbi's Home at the time, celebrating the end of Shabbat and the seventh night of Hanukkah by, among other things, lighting candles and reciting prayers," FBI agent Julie Brown wrote in a criminal complaint.

Investigators found a bloodied machete and knife in Thomas' car after he was stopped in Harlem by New York Police Department officers two hours after the attacks. Monsey is a small town about 30 miles northwest of Manhattan.

In them, Grafton expressed anti-Semitic sentiments and sympathetic feelings for the Black Hebrew Israelite movement. The Black Hebrew Israelites were identified in a 1999 FBI report as an extremist, fringe group with a potential for terrorism. Many BHI members believe that mainstream Jews are imposters and that they are the true chosen people.

Thomas' journal included an entry saying the 'Hebrew Israelites' took from the powerful ppl (ebinoid Israelites)," Brown wrote. He also questioned "why ppl mourned for anti-Semitism when there is Semitic genocide."

This vicious terrorist attack inside the home of a rabbi during a Hanukkah celebration was the 13th anti-Semitic attack in the New York area in the past three weeks. It came less than three weeks after an attack on a kosher supermarket in Jersey City that killed three people and wounded three others, including two police officers.

David K. Anderson and Francine Graham, the couple who carried out the Jersey City terror attack were followers of the Black Hebrew Israelite movement.

Detective Joseph Seals was shot and killed by the couple in Bayonne, N.J. just before the Jewish grocery store attack.

These incidents come amid a spike in anti-Semitic attacks in the New York City area throughout the year.

To add insult to injury, New York's revised criminal justice initiative which includes bail reform for those arrested, seems to make light of the threat.

For example, Tiffany Harris was arrested for assaulting three Jewish women in Brooklyn's Crown Heights neighborhood. The neighborhood is well known for its large Jewish population.

Harris admitted to the crimes, telling police officers, "Yes, I slapped them. I cursed them out. I said 'F-U, Jews."

She was released without bail by a Brooklyn Criminal Court judge even though she faced 21 separate charges related to the assaults and had another pending case of assault and a failure to appear incident.

Just one day after she was released, Harris struck again. This time, she is accused of assaulting another woman causing an eye injury. NYPD officers again arrested Harris for another assault, but she was again released.

With a revolving door now installed in New York City's courthouse, criminals are in and out before the ink dries on the officer's report.

New York Mayor Bill de Blasio seems delusional. On the one hand, he says that there is no room for hate in New York, but his support for the bail reform allows violent criminals to walk free, this time setting free someone who attacked people solely because they are Jews.

The Jewish community has a right to be concerned about this type of doublespeak.

Failing to address the holes in the bail reform program in the wake of these attacks minimizes the seriousness of anti-Semitic attacks will only embolden others inspired by fringe groups like the Black Hebrew Israelites to act out their prejudices.