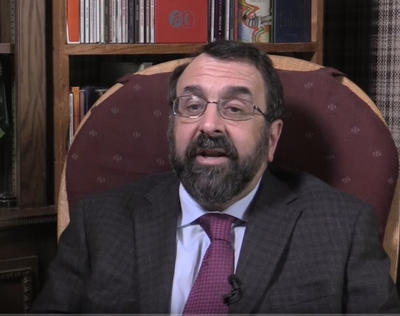 When a number of American tourists reported falling sick after having drinks at a Mexican resort's bar, news media recognized an important story. One young woman died after being found face down in the pool. Others who had tainted drinks fell unconscious and may have been robbed and assaulted.

The U.S. State Department began investigating. The Milwaukee Journal Sentinel also investigated and maintains an archive of its stories regarding the poisonings.

Contrast that with the complete lack of attention given to writer Robert Spencer, who believes two people in Iceland spiked his drink in 2017 because they don't like his ideology. Spencer is a conservative and a fierce critic of Islamic doctrine.

Investigators believed they had a solid case against two men who targeted Spencer, the publisher and chief writer at JihadWatch.

The two were caught on video, but never prosecuted. And to make matters worse, at least one local media outlet mocked Spencer for complaining about being poisoned. The story has been ignored by the legacy media in the United States.

Spencer was in Iceland in May 2017 promoting his writing. He went to a bar in Reykjavik where two young men offended by his writings allegedly spiked his drink. Video images inside the bar show the men handling Spencer's drink while holding a siphon. That's among the things that led an assistant prosecutor to say he was confident he had enough evidence to convict the men.

In a video Spencer taped days later, he said his visit was greeted with a slew of critical stories in the Icelandic press, many of which showed his picture. "They were the only thing that Icelanders learned about me in the run-up to the event," he said.

Two men approached him in the bar, Spencer said. One was polite and claimed to be a fan, while the other cursed at him.

Spencer obtained records from the investigation. In one document, the prosecutor summarizes part of the video, which shows a man who "takes the drink into his hands, and puts it under the bar table and seems to be doing something with it."

The report states, "Afterward, he stirs continuously in the drink like he is mixing something into it. The accused are at this point very secretive and there is no doubt that there is something more going on than just a simple ordering of a drink."

Spencer fell ill shortly after returning to his hotel room. He began vomiting and his heart raced. He went to Landspitali Hospital's emergency room in Reykjavik where tests indicated that he had ingested a combination of Ecstasy, amphetamines and Ritalin.

Spencer called the police, who obtained the video footage of the two young men putting something in his drink. The suspects were questioned by police who concluded that they could obtain a conviction, but the prosecution was quashed. In the months since, Spencer has written a number of articles about the incident at his website and at FrontPage magazine.

After the story broke, the Reykjavik Grapevine mocked Spencer for alleging he had been poisoned while at the same time implicitly acknowledging that it happened.

"We at the Grapevine don't condone poisoning anyone, we were, for instance, highly critical of Vladimir Putin for spiking Alexander Litvinenko's food with polonium-210," wrote Elias Thorsson. "That being said, we can only assume that the alleged left winger was just following the mantra of FrontPage Magazine: 'Identify the enemy. Devise ways to defeat him.'"

Neither Iceland's Embassy in Washington, D.C., nor its Ministry of Foreign Affairs in Reykjavik responded to requests for comment. Ladspitali hospital did not respond to inquiries either.

There is a record showing Spencer was targeted for harm. Investigators believed they had a strong case. Yet no mainstream American news outlets have covered the attempted poisoning.

He believes the attack, the resulting failure to prosecute, and even the lack of attention his case received in the United States all stem from people who believe in the attempts to vilify him. The question is whether similar apathy would greet the exact same circumstances if the victim held liberal views.

"The question of who quashed the prosecution may never be answered," Spencer said. "The case will always remain a blot on Iceland's reputation; all tourists there should beware."

Dexter Van Zile is Christian Media Analyst for the Committee for Accuracy in Middle East Reporting and Analysis (CAMERA). His opinions are his own.