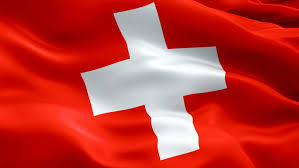 "Respect your wives," admonished the imam of the Dar Assalam mosque. "You have rights over them and they over you." But, he quickly added, women also must be disciplined. So you must advise them. Talk with them. But if your wife still refuses to obey, if all other efforts fail, then you should beat her "with light blows." The words come from Surah 4:34 of the Quran, which fundamentalist Muslims frequently cite to legitimize wife beating and other forms of domestic violence:

Men are the protectors and maintainers of women, because Allah has made one of them to excel the other, and because they spend (to support them) from their means. Therefore the righteous women are devoutly obedient (to Allah and to their husbands), and guard in the husband's absence what Allah orders them to guard (e.g. their chastity, their husband's property, etc.). As to those women on whose part you see ill­-conduct, admonish them (first), (next), refuse to share their beds, (and last) beat them (lightly, if it is useful), but if they return to obedience, seek not against them means (of annoyance). Surely, Allah is Ever Most High, Most Great.

This speech took place not in Riyadh or Raqqa or Karachi, but just this past August before a congregation of about 60 in Kriens, near Lucerne, Switzerland. Two months later, following an inquiry from the Lucerne justice department, the imam, an Iraqi immigrant, was relieved of his post. There were no legal charges against him.

He wasn't the only one. Last week, another imam, this time in the canton of St. Gallen, was stripped of his residency permit after being found guilty of sexually and physically abusing his wife, and forcing her to remain at home. Originally from Kosovo, the 36-year-old had been living in Switzerland for 10 years – nearly a third of his life – and certainly long enough to be familiar with Swiss values and laws.

Switzerland has suffered no significant terror attacks; but it has not been spared the damages of radical Islam. As the media have focused on the countries where terrorism has taken lives and shattered communities, the world has largely overlooked the other, more insidious dangers of radical Islamist and Salafist ideology in countries like Switzerland, whose military and political neutrality puts the lie to theories that radicalization is a response to Western military attacks on the Middle East.

There was the imam of the An'Nur mosque in Winterthur, a Somali immigrant, who in 2016 urged his congregants to punish Muslims who fail to pray by "burning them in their homes," according to a prosecutor's statement at the unnamed imam's 2017 trial.

An'Nur, which was also suspected of helping to radicalize Muslim youth, has since been closed down, but not before the imam's more extremist followers attacked moderate congregants following a police raid on the mosque in November 2016 that resulted in multiple arrests for incitement of violence. The attackers blamed the raid on comments others gave to journalists about the radical tone of the sermons there. Other members of the mosque are believed to be among the 92 Swiss Muslims who traveled to Syria and joined the Islamic State.

Switzerland is not generally seen as a center for radical Islamism, and compared to countries like Belgium and France, the radicalized population is small. Nonetheless, there are worrisome portents for the country's future. A Federal Office of Police (FEDPOL) report released earlier this year on the Swiss jihadist and would-be jihadist population from 2012 to 2018 showed that the majority were radicalized in Switzerland, although 60 percent of them were born abroad. In fact, Jean-Paul Rouiller, director of the Geneva Centre for Training and Analysis of Terrorism, noted in an interview with Tribune de Geneve in 2017 that "we're no longer seeing imported jihadism. A hotbed of Swiss jihadists is being created [...] made up of people who grew up in Switzerland."

Most of that activity takes place in the Lake Geneva area where, according to a Le News story citing a recent study from the Zurich University of Applied Sciences, "the region's overall rate of 2.7 radicalized inhabitants per 100,000 residents is 69 percent higher than the Swiss average of 1.6." This study also showed that the majority of jihadists in Geneva were raised in Switzerland – 35 percent Swiss-born, 21 percent having arrived before the age of 12, and 10 percent between the ages of 12 and 18.

Further, reports Le News, "French-speaking Switzerland is home to only 24 percent of the nation's total population, but 42 percent of Switzerland's known jihadists."

Yet somehow Swiss authorities seem to be taking a casual approach to it all. A full 40 percent of suspected jihadists receive welfare benefits, for instance. And sentences for those convicted of extremist activity, even those with connections to terrorist groups, tend to be extremely light. The imam in Kriens, for example, was already known to Swiss law enforcement, having been indicted with three other Iraqis in 2015. All were said to be members of a cell which prosecutors claimed had connections to the Islamic State. The courts convicted the other three men; but a lack of evidence allowed the Kriens imam to walk free.

And the An'Nur imam received only a suspended sentence of 18 months, though he was deported from Switzerland and has been barred from re-entering the country for 10 years.

Similar light punishments were issued to eight men who beat the fellow congregants at An'Nur. Two were deported, but the others received 18-month, suspended sentences. Another assailant, a minor at the time, received a suspended six-month sentence and ordered to attend counseling. However, the courts did issue a warning, reports The Local: all "will have to pay a financial penalty if they re-offend while on probation."

Even more disturbing was the trial of two teens who joined ISIS in 2014 and returned a year later. Convicted earlier this year of terrorist recruiting, the brother and sister pair received 10-month and 11-month sentences, both suspended. The two former ISIS members could easily take that as a sign they are free to continue their recruiting, armed further by the jihadist training they likely received in Syria.

Switzerland's soft touch to Islamist ideology is not new. It was to Switzerland, for instance, that the parents of controversial imam Hani Ramadan and his brother Tariq, an equally controversial Muslim activist now facing sexual assault charges in France and Switzerland, escaped after their maternal grandfather, Hassan a-Banna, was assassinated in Egypt in 1949. Al-Banna is credited with founding the Muslim Brotherhood in 1928, calling for an end to the "westernization" of Egypt and the Muslim world. When the Brotherhood was banned in Egypt in 1954, Hani and Tariq's father, Said Ramadan, by then a leading figure in the movement, was forced to flee.

Yet despite being born and raised in Switzerland, Al-Banna's grandsons clearly have not cut themselves off from his ideas, thanks in part to their father, who positioned himself from Geneva as the leader of the Muslim Brotherhood for Europe. Hani, for instance, has defended the stoning of adulterers, among other elements of Sharia. Yet when some of his more radical remarks led to his being fired from his teaching position in 2002, the Swiss courts took his side, awarding him 345,000 Swiss francs, or about $350,000.

Tariq, too, has refused to condemn the stoning of adulterers, and has defended the killing of Israeli children by Palestinian terrorists. But while other countries, including the United States, have on occasion refused him entry due to his ideology, Switzerland has yet to express any similar concern.

Still, as disconcerting the country's long-held tendency to shrug off the actions of its Islamic extremists is, the consequences have remained contained within its borders. Until now.

Switzerland announced plans earlier this month to repatriate the children of Swiss-national ISIS fighters along with their mothers, many of whom are currently incarcerated in the Kurdish-run camps such as the ones at Al-Hol. More than 800 are believed to have escaped the camp at Ain Issa following the recent Turkish bombing of Kurds. Among those mothers is Yusra El Maliji, a Belgian who married a Swiss fighter with whom she had two children. El Maliji's Swiss husband is believed to have had previous knowledge of the Nov. 13, 2015 Paris attacks. She is considered one of Belgium's most dangerous jihadists. Belgium now fears that she and her children will receive light sentences in Switzerland, if any, and then be able to return to Belgium – possibly entering under the radar.

And with thousands of European women now held in these camps, it is hardly likely that she is the only European woman whose children also have Swiss fathers. Should they, too, be brought to Switzerland, the country will be forced to face a reality it never confronted: Switzerland may be self-contained and neutral, but Islamist jihad is not.