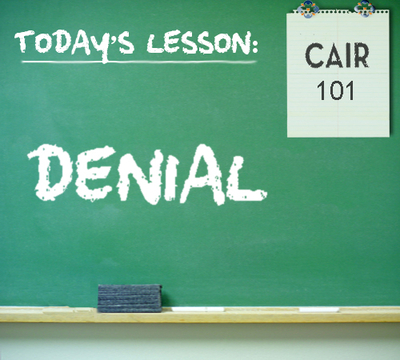 A pending New Jersey bill banning anti-Israel rhetoric and Boycott, Divestment, Sanctions (BDS) activities on college campuses and in public schools in the state unfairly links such activities with anti-Semitism, officials with the Council on American-Islamic Relations (CAIR) say.

CAIR's partners protesting the legislation include American Muslims for Palestine of New Jersey (AMP), Jewish Voice for Peace of Northern NJ; and the Al-Awda NY: The Palestine Right to Return Coalition, among others.

"The falsely-titled Prohibits anti-Semitism in public schools and institutions of higher education [legislation] would only create confusion between what are real and punishable anti-Semitic hate crimes and the protected free speech rights of American students and faculty members," CAIR-NJ Executive Director Jim Sues said last week in a statement.

But evidence from college campuses across the country shows that anti-Zionist activities against Israel lead to anti-Semitic actions against pro-Israel Jews. According to the bill's text, anti-Semitism includes:

· Making mendacious, dehumanizing, demonizing, or stereotypical allegations about Jewish people or the power of Jewish people as a collective;

· Accusing Jewish people as a whole or the State of Israel of inventing or exaggerating the Holocaust;

· Accusing Jewish people of being more loyal to Israel, or to the alleged priorities of Jewish people worldwide, than to the interest of their own nations;

It would bar demonizing Israel by using the symbols and images associated with classic anti-Semitism to characterize Israel or Israeli people, drawing comparisons of contemporary Israeli policy to that of the Nazis, or blaming Israel for all inter-religious or political tensions.

Much of the language is taken verbatim from the International Holocaust Remembrance Alliance (IHRA)'s definition of anti-Semitism. It has been adopted by nearly 20 countries, including the United Kingdom, France, Belgium, Germany, the Netherlands, and, most recently, Canada.

Like the IHRA, The New Jersey bill explicitly states, "Criticism of Israel that is similar to criticism toward any other country may not be regarded as anti-Semitic."

So if CAIR's actual objection is to Israeli policies, then why protest this legislation? CAIR and many of its partner groups have long histories of anti-Semitism, particularly American Muslims for Palestine (AMP) and Al-Awda.

CAIR New Jersey Communications Director Abdul-Alim Mubarak Rowe's own rhetoric would be considered anti-Semitic based on the bill's definition. Jewish guerillas who fought for Israel's creation with the Haganah were akin to ISIS members, Rowe charged last year in Facebook post. He claimed that ISIS members were imitating "the kuffar" infidels.

Rowe quoted Chris Hedges on his Facebook page saying, "'ISIS- The new Israel and its tactics. Are much like those of Jewish guerrillas who used violence, terrorism, foreign fighters, clandestine arms shipments and foreign money, along with horrific ethnic cleansing of hundreds of Arab civilian, to create Israel."

Last week, AMP Associate Director of Outreach & Grassroots Organizing Taher Herzallah liked a Facebook post by CAIR SFBA Executive Director Zahra Billoo's brother, Ahmed, quoting a Muslim hadith about killing Jews. It said, "O Allah! Count their number; slay them one by one and spare not one of them."

Herzallah wrote on Facebook last November that he supports the destruction of Israel, rationalizing the "from the river to the sea" slogan many Palestinian advocates invoke. A Palestinian state from the Jordan River to the Mediterranean Sea leaves no room for Israel. The slogan "isnt (sic) a radical proposition," Herzallah wrote. "It's a statement that calls for the freedom of Palestinians that live in all of historic Palestine. Documentation submitted in a recent lawsuit suggests that AMP likely is the continuation of the U.S.-based Hamas propaganda wing, the Islamic Association for Palestine (IAP).

Al-Awda New York similarly has a history of supporting Palestinian terrorist groups. Its statement of principles places quotation marks around the word Israel, referring to it instead as "1948-occupied Palestine." Al-Awda leader Lamis Deek argues that "Israel does not have a right to exist" and that the "Zionist structures" on the land of Palestine are illegal.

CAIR officials, including San Francisco chapter director Zahra Billoo, have made similar statements equating Israel's military with ISIS and saying they don't think Israel has a right to exist.

Many statements and activities from people who oppose the New Jersey bill fit its definition of anti-Semitism. But nothing in the bill would stop people in public schools and college campuses from criticizing Israeli politicians or government policies no matter how much they protest.

The idea, it would seem, is to protect the ability to hold Israel to a different standard than any other country, or in the bill's language, otherwise demonize and spread "stereotypical allegations about Jewish people or the power of Jewish people as a collective."