French Judge Rules Murdering Terrorist Has a Right to Privacy 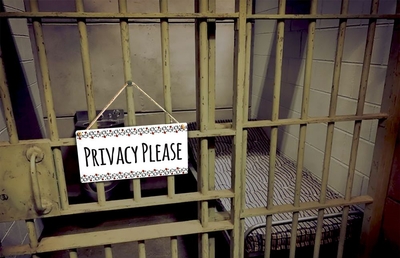 In the court of the absurd, any fool can be a judge. That appears to be the case in France, where the Versailles Administrative Court has ruled that Islamic terrorist Salah Abdeslam has the right to a private life in prison. Abdeslam, you may recall, was captured during a March 2016 shootout with Belgium counter terrorism police. He was sentenced to 20 years in prison for the Brussels gunfight.

Police were searching for him after he was identified by a video taken during a wave of terror attacks that had occurred in Paris six months earlier.

After his arrest and prosecution for the Brussels incident, he was transferred to a French prison where he is awaiting a separate prosecution for his role in the November 2015 Paris attacks that killed 130 people and injured 350 more. Salah's brother, Brahim, blew himself up as police approached him during an attack in front of the Comptoir Voltaire café.

Abdeslam's attorney, Frank Berton, filed suit against prison authorities, alleging invasion of privacy because of surveillance cameras that monitored Salah's every movement in the Fleury-Merogis prison. It is France's largest maximum security prison and the facility where several Islamic terrorists have emerged after being radicalized there.

But France reportedly has strict privacy laws, and in 2017 a court ruled the monitoring went too far, even for a convicted and unrepentant terrorist.

Adding insult to injury, the court in Abdeslam's litigation issued an award of €500 Euros – approximately $560 to Abdeslam for his pain and suffering while being monitored.

We have previously written about France's failed de-radicalization program for incarcerated people most vulnerable to Islamic radicalization. Now, in light of this ridiculous ruling, it appears that France no longer has any effective prison security measures in place to oversee the jailed terrorists.

Security cameras in prison are vital tool used by prison administrators to prevent inmate assaults and thwart escapes. It keeps them one step ahead of the convicts.

Notorious drug lord Joaquin "El Chapo" Guzman's escape from a Mexican prison is a glaring example of what can happen when an inmate is afforded privacy. Because he was a high security risk, El Chapo was subjected to video monitoring while in his cell in the Altiplano prison.

The only time the cameras could not see him was when he entered in to the bathroom area of his cell. Using the privacy afforded him, he was able to escape through a tunnel dug beneath his bathtub.

Inmates are ingenious when it comes to exploiting any crack in security procedures, and incarcerated terrorists are no different.

The alarming fact that more and more convicted Islamic terrorists, such as John Walker Lindh, and Anjem Choudary, and are being released from prison has caused both elected officials and law enforcement experts to call for more stringent monitoring conditions to be placed on released terrorists. In light of that, are we now going to cede a "right to privacy" to those already in prison because of their twisted ideology and violent actions?

The answer should be an emphatic no. It is time for French lawmakers to examine their privacy laws and amend them to allow judges to use common sense when it comes to killers like this and keep this court of the absurd permanently adjourned.