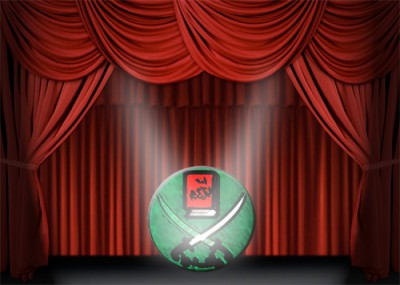 Amid reports that the Trump administration again is considering designating Egypt's Muslim Brotherhood as a terrorist group, several longtime Brotherhood watchdogs and critics are urging caution.

The Brotherhood, created in 1928 by schoolteacher Hassan al-Banna, wants to restore the global Islamic Caliphate – the Islamic theocratic state abolished in 1924 – through the gradual Islamization of society.

But the organization has splintered, especially after the Egyptian military ousted the Muslim Brotherhood-led government in 2013, following that up with a violent crackdown on Brotherhood supporters and arrests of its leaders.

By law, in order to qualify for designation as a terrorist organization by the U.S. State Department, a group must:

"A political designation [of the overall movement] really doesn't fit at the State Department; it's going to be challenged in court. We're gonna lose," Tadros said. "That's going to give them the biggest victory they're ever had. [They would say,] 'American courts have proven we aren't terrorists.'"

That doesn't mean the Brotherhood and its leaders are peaceful.

Muslim Brotherhood branches, including some in Egypt since the fall of President Mohamed Morsi, have established armed wings that have close relations with hardcore jihadists. This is particularly true in Syria, Libya and Yemen where Brotherhood militias fight side-by-side with Al-Qaida forces.

The Muslim Brotherhood resorts to violence when its path to domination is obstructed, Sir John Jenkins found in the British government's 2015 review of Brotherhood activities.

"Some leading Muslim Brotherhood members and supporters have endorsed attacks on western forces," it said.

That was true after the 2003 U.S. invasion of Iraq. Late Muslim Brotherhood Supreme Guide Mehdi Akef encouraged Muslims to wage jihad against the United States. He sided with al-Qaida's forces, led by Abu Musab al-Zarqawi, in the April 2004 Battle of Fallujah.

"Participating in jihad is a duty on the neighboring countries" if Iraq wasn't capable of doing it alone, Akef said. "Jihad is the height of Islam, and it is an obligation to go to the Day of Judgment ... The barbaric aggression and the brutal U.S. aggression on Iraq have united the Iraqi people under one umbrella ... and indeed awakened all the [Islamic nation]."

The International Union of Muslim Scholars (IUMS), then led by Brotherhood ideologue Yusuf Qaradawi, issued a fatwa encouraging Muslims to fight Americans in Iraq in November 2004 during the Second Battle of Fallujah.

The Brotherhood denounced the 2011 U.S. "assassination" of Osama bin Laden, calling his activities "legitimate resistance" against the West.

And after Morsi was forced from Egypt's presidency, a schism emerged within the Brotherhood's leadership, documents obtained by Egypt's Mada Masr news site show. Older leaders favored peaceful resistance to military rule, while others endorsed violence short of taking lives.

One violent faction sent a member to train in Gaza with Hamas' Qassam Brigades with the intent of passing on terrorist skills to other Brotherhood members in Egypt. The Brotherhood "visibly split" in 2014, Mada Masr found, with the violent faction led nationwide by Guidance Bureau member Mohamed Kamal. He died in a 2016 shootout with Egyptian authorities.

The Muslim Brotherhood's Shariah Committee published The Jurisprudence of the Popular Resistance to the Coup in Arabic that same month.

"Peacefulness is not a fundamental of Islam or the group [Muslim Brotherhood], and special operations work does not mean total confrontation," the eBook said. "... [T]he Jihadi tendency settled as a doctrine in the foundation of Imam al-Banna's methodology and the acculturation of the Muslim Brotherhood."

A website linked to the Kamal faction claimed responsibility for killing Egyptian Prosecutor General Hesham Barakat in June 2015. Egyptian authorities reportedly found evidence linking the Hamas Qassam Brigades to the assassination. Earlier that month, the RPM killed a man because he had helped police round up 40 leaders of pro-Brotherhood protests in Helwan.

PRM and the ISIS Sinai Province claimed responsibility for killing eight Egyptian police officers in Helwan province near Cairo in May 2016.

The best thing the U.S. can do now is to have the Treasury Department sanction Brotherhood entities which finance Hassm and Liwa al-Thawra, Tadros said.

"It will bring the whole thing down, but without the overly political victory for them," Tadros said. "It's a very slow process, but it brings an end to any monies ... for the organization."

Opponents to U.S. action against the Brotherhood argue that designating the movement could open the door to terrorist designations being made for political reasons.

"In this very vein, adding the Brotherhood to the watch list subjects the designation process to our value judgments and political whims, undermining the legitimacy of existing designations," Vish Sakthivel, a fellow at the Foreign Policy Research Institute, wrote last month in the National Interest.

Sakthivel and other opponents argue that designating the Muslim Brotherhood as a terrorist organization would compromise American bargaining power and diplomatic flexibility. They also contend that it would validate arguments made by ISIS and al-Qaida that violence is the only valid means to bring about change even though Brotherhood factions work with these terrorist groups.

The Brotherhood's Shura Council acts as the international movement's legislature. Its bylaws state that its decisions are binding on all Brotherhood chapters.

Top Hamas leader Ismail Haniyeh in 2009 described Hamas as an inseparable branch of the Muslim Brotherhood, and a year later pledged his religious fealty and obedience to Supreme Guide Mohamed Badie.

Brotherhood members swear absolute obedience to the supreme guide as part of their membership.

This pledge of allegiance is not isolated: a 2012 video shows Hamas members in Gaza pledging allegiance to the Muslim Brotherhood. The original 1988 Hamas charter described the movement as "one of the wings of Moslem Brotherhood in Palestine."

Designating the Muslim Brotherhood as a terrorist organization is "aimed at American Muslims and controlling them while at the same time continuing to demonize Islam," former Council on American-Islamic Relations legal director Arsalan Iftikhar argued in a Washington Post op-ed.

"Nearly 7 million American Muslims would become the primary domestic target of such a designation."

The most recent estimates say American Muslim population is 3.5 million people – half of what Iftikhar claimed.

Whether the United States designates the Brotherhood as a whole, or limits actions to target its violent branches, criminal law and the threshold for prosecution won't change. Random American Muslims – and even Muslims who support the Brotherhood's ideals – cannot be targeted with criminal violations. The line is material support – aid in the form of money, supplies or services – provided to the designated entity.

The Brotherhood's objectives constitute a threat to the United States and its allies.