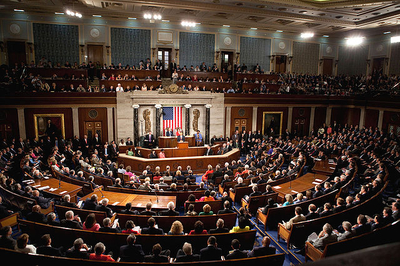 Its close links to Turkish President Recep Tayyip Erdogan led FBI agents to question MUSIAD USA's leaders in 2016 on suspicion they were engaged in political espionage on behalf of the Turkish government. This group also has close links with U.S. Islamists in the U.S. Council of Muslim Organizations (USCMO).

Despite its connection with Turkey's ruling party, MUSIAD USA remains unregistered under the Foreign Agents Registration Act (FARA). All who lobby on behalf of foreign governments are required to register under this law.

MUSIAD USA President Mustafa Tuncer, one of those questioned by the FBI, posted photos of the letters opposing the sanctions on Facebook.

Tuncer also sits on the board of the Turkish-government controlled Diyanet Center in Lanham, Md. Diyanet-controlled mosques in Europe have been accused of spying on behalf of Turkey, and critics worry the Diyanet Center is involved with similar activities.

"Senior MUSIAD figures work closely with Erdogan, coordinate their actions with his office and operates as his long arm under the disguise of business interest lobby group," Abdullah Bozkurt, former editor at Turkey's Today's Zaman told the Investigative Project on Terrorism.

Albayrak learned that the FBI questioned MUSIAD officials in a September 2016 email from former Executive Director Ibrahim Uyar. Uyar noted that he organized a rally against the July 2016 coup attempt outside the White House. Council on American Islamic Relations (CAIR) Executive Director Nihad Awad and USCMO Secretary General Oussama Jammal spoke at the rally. Tuncer and Uyar gave Awad a "plaque of appreciation" to Awad in 2014 on behalf of MUSIAD USA.

"The business group MUSIAD functions [as] yet another tool at the hands of current regime in Turkey to promote and export Erdogan brand poisonous Islamist ideology overseas," Bozkurt said.

Uyar has been promoted, Bozkurt said, now overseeing MUSIAD's global branches. Uyar is listed on the board of MUSIAD's main branch in Istanbul. It also describes him as the as "[c]hairman of Foreign Organization and Development Commission."

These connections highlight Erdogan's backdoor effort to influence U.S. policy toward Turkey under the cover of business concerns.