Ellison's tenure has been marked by concerns he is hostile to Israel, something compounded by the Investigative Project on Terrorism obtaining a 2010 recording in which Ellison complains that Israel enjoys disproportionate influence over U.S. foreign policy.

But given what she says on social media, including comments before she ran for office, Omar appears explicitly and openly hostile toward Israel.

In the wake of last month's violence at the Israel-Gaza border, Omar blasted what she called "Israeli crimes" and called Israel's response a massacre. Palestinians and their advocates tried to cast the violence as unprovoked, and coming amid peaceful protests. In fact, a senior Hamas official admits the Palestinian border protests were "not peaceful resistance" and another Hamas leader bragged that the overwhelming majority of casualties were part of the terrorist group.

Omar has not commented on those facts or lamented the damage Hamas does to everyday life in Gaza in order to invest in future terrorist operations. Instead, she lets stand claims that Israel alone is to blame. 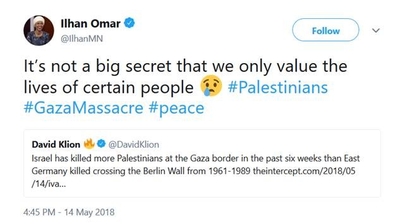 She also has worked with people and groups which share her enmity toward Israel. Omar served on the advisory board for the Council on American-Islamic Relations (CAIR) Minnesota chapter and has spoken at numerous CAIR events with Zahra Billoo and Linda Sarsour. 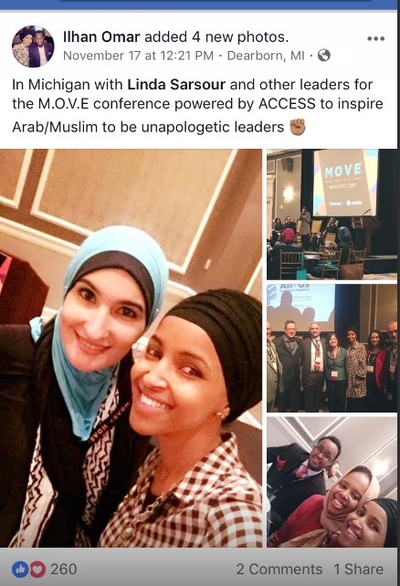 Internal records seized by the FBI show that CAIR was formed by Muslim Brotherhood officials in the United States to serve a broader Hamas-support network called the Palestine Committee. Billoo has repeatedly argued that there is no moral distinction between ISIS and the Israeli army. Sarsour is a rabid anti-Zionist who literally embraced convicted Palestinian terrorist bomber Rasmieh Odeh and hails ultra-conservative clerics.

Omar also appears in a new video by the pop music act Maroon 5. That prompted a Twitter exchange in which a writer called her a "Jew hater."

"Drawing attention to the apartheid Israeli regime is far from hating Jews," Omar shot back. 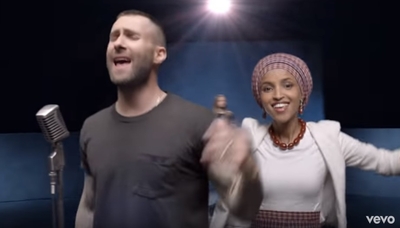 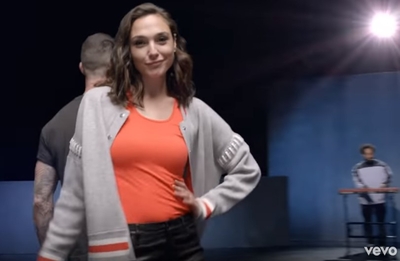 During the last round of Gaza violence in 2014, Gadot shared a picture of her with her daughter lighting Shabbat candles. "I am sending my love and prayers to my fellow Israeli citizens," she wrote. "Especially to all the boys and girls who are risking their lives protecting my country against the horrific acts conducted by Hamas, who are hiding like cowards behind women and children...We shall overcome!!! Shabbat Shalom!"

It's not clear whether Omar knew she would share the screen with Gadot, or whether that might have caused her to reconsider participating. As this new campaign begins, we might soon find out.