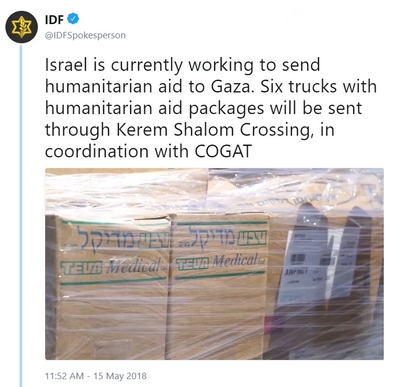 Gaza's dire economic situation is one reason observers cite for the ongoing violent Palestinian protests at the border with Israel. But, Israeli officials say, the blame for the stark economic reality lies with those who control Gaza.

Israel is working hard to prevent the economy of Gaza from collapsing, but Hamas is doing just the opposite, recklessly harming the economic situation of the very people it rules over.

Nowhere is this more apparent than in Friday's Hamas-orchestrated attack on a gas and fuel terminal – the only one that supplies the Gaza Strip – at the Kerem Shalom border crossing.

According to senior Israeli defense officials, Hamas operatives divided rioters into groups and gave them specific instructions on which part of the crossing to attack on the Gazan side – the same side that serves the basic needs of Gaza's estimated 1.8 million inhabitants.

In what can only be described as utter self-destruction, the rioters, acting on Hamas orders, set fire to a pipeline delivering gas and fuel to Gazans. They also destroyed conveyer belts that send construction material and animal feed into Gaza. The crossing was attacked twice more since then, including during Monday's mass border infiltration attempt, also organized by Hamas, which resulted in many Palestinian casualties a significant portion of whom were operatives in Hamas or the Palestinian Islamic Jihad.

It will take months for authorities to repair the burned out fuel pipelines. The pipes blazed so hot that they left the concrete roads beneath them in pieces. The Palestinian Authority (PA) had previously constructed the Gazan side of the fuel terminal at a cost of ten mission shekels. Now, the PA will have to decide if it will pay for a new one.

All of this means that the people of Gaza are facing a new, Hamas-engineered, imminent fuel and energy crisis.

The incident is just one of many ways that Hamas cynically and actively harms Gaza's civilian interests for its own benefit.

Hamas has a financial interest in shutting down Kerem Shalom, since all goods that pass through it are taxed by the PA – Hamas's bitter rival. Hamas would prefer that goods pass through the Rafah border crossing between Gaza and Egypt, where taxes go directly to the Hamas regime, and the funds are diverted to the military wing.

But Egypt keeps Rafah closed most days as part of its own blockade of Gaza. Egypt is guided by a deep suspicion of Hamas's intentions, due to the affiliation between Hamas and the Egyptian Muslim Brotherhood.

Ultimately, Hamas is keen to increase pressure on ordinary Gazans, so that they vent their frustration on Israel and the Palestinian Authority.

In recent days, Hamas has banned Gazan fishermen from heading out to sea, despite Israel widening the Mediterranean Sea fishing zone for Palestinians.

According to Israeli defense officials, Hamas has also systematically prevented Palestinian businesspeople and merchants from crossing into Israel via the Erez pedestrian border crossing.

Israel has provided an increasing number of entry permits to Gazan businesspeople in a bid to encourage Palestinian economic growth. Yet Hamas has thwarted this effort via a checkpoint it has set up before the Erez Crossing.

"As long as people suffer, they can continue with their well-funded propaganda, and shout to the world, 'come and save us,' and 'pour some money into Gaza,'" said a senior IDF official.

The reason Hamas pursues this agenda is simple enough. Whenever it receives money, it must always face the basic question of where to invest it. If it invests in civilian needs, it cannot use that same money for the military wing: to dig tunnels, manufacture rockets, and build weapons, and prepare for war with Israel. So Hamas tries blackmailing the international community into funding Hamas's humanitarian and economic needs, which would free Hamas to invest purely in its military force build-up.

This situation has not, however, stopped Israel from taking determined steps to improve the Gazan economy. Israel increased the number of pedestrian crossings at Erez by 30 percent in the first quarter of 2018, and most of those crossing – 80 percent of the roughly 10,000 crossings – are made up of Gazan merchants and businesspeople.

The Palestinian Authority is also undermining Gaza's economy as part of a bid to bring Hamas to its knees and force it into a reconciliation agreement that would see the armed wing disbanded. As part of that pressure, the PA has ceased transferring medicine into Gaza, and has been holding up permits for a number of sick Gazans to travel to West Bank hospitals for treatment.

In response, Israel increased the number of medical-humanitarian journeys from Gaza into Israel, coordinating the movement of 450 ambulances to Israeli hospitals during the past three months alone. 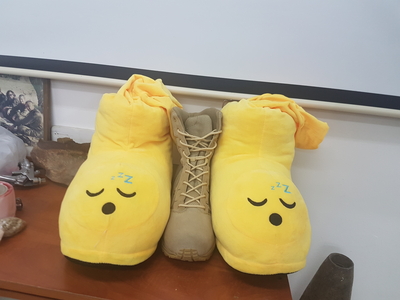 Meanwhile, Hamas continues attempting to use the mail to import items such as drones, uniforms, and dual use items like drills and building materials for its military wing. The Israeli Defense Ministry has intercepted magazine clips, binoculars, and even military boots sewn into large slippers heading into Gaza.

"One of our main challenges is that we have hard, solid intelligence that Hamas is trying to use any humanitarian route to build up its military power, and promote terrorism," the senior defense source added.

One prominent example of this occurred in April, the official said, when a 65-year-old Gazan woman was given a permit to receive medical treatment at an Israeli hospital. The woman, a cancer patient, arrived at Erez Crossing, where Israeli security found enough explosives in her belongings to blow up four buses.

Israel remains determined to keep Gaza's economy going and prevent a collapse. It has recently allowed more dual use materials – items intended for civilian use, but which Hamas could use for military means as well to enter the Strip, to assist the civilian population. It also approved 350 new economic projects in Gaza that provide jobs for Palestinians.

Still, the challenge remains. Pipes imported for water treatment plants end up being turned into rockets. Generators designed to help civilian buildings deal with power shortages end up in terror tunnels that are dug in the direction of Israeli communities.

Perhaps the most cynical example of all can be found in the form of medical oxygen tanks that Israel sends to Gaza. "Unfortunately," the defense source said, "Hamas seized some of these shipments and took them underground, so that [combat] tunnel diggers can breathe freely as they work in tunnels 30 meters underground."