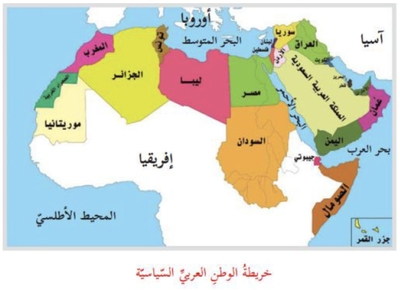 Authors Arnon Groiss and Ronni Shaked examined more than 200 PA schoolbooks covering all grade levels over the past four years.

De-legitimizing Jews as a people with no rights to any part of Israel was a major theme.

"Britain was helped by the Jews to realize its imperialistic greedy ambitions and, therefore, Jews started immigrating to Palestine," an 11th grade textbook says.

The study found no discussions of Jews or Israelis as regular human beings in Palestinian textbooks – just blanket generalizations of Jews as "wolves and snakes" who migrated to Palestine to eliminate the Palestinian people.

Jewish people are consistently portrayed as Islam's enemies. The study's authors argue that this campaign of demonization is necessary to legitimize the importance of armed struggle against Israelis.

The texts often promote violence and terrorism across Israel. Cities in pre-1967 Israel, like Jaffa and Haifa, are listed as areas that must be liberated through armed conflict. Violent Islamic concepts, including jihad and martyrdom, are incorporated into Palestinian children's education as religious justifications for terrorism.

According to a grade 6 textbook: "When the Muslim believes that God is the one who gives life and death, is the source of profit and loss, and victory and power are in His hand, then he frees himself of the others' control, and bravery and the desire to die as a martyr in God's cause revive in his soul."

The concept of "shahid" (martyr) has been used to encourage Palestinian children to embrace suicide terrorist operations. PA textbooks try to mask explicit promotion of violence but endorse terrorism by praising Palestinians who have engaged in terror operations against Israelis, the study found.

"The teacher asked the students: 'How can we celebrate Independence Day this year?' Safa: 'Let us invite the families of the martyrs and the prisoners-of-war to honor them.' Imad: 'Let us commemorate [our] town's martyrs and prisoners-of-war by planting a tree in memory of every martyr'," reads a passage from the third grade civics schoolbook.

Virtually all references to Israelis or Jews are vehemently negative and consistently portray Israelis and Jews as an existential threat to Palestinians who need to be destroyed. Though the Palestinian leadership boasts of education reform, there is no reference to peace or coexistence with Israel in PA schoolbooks.

"It is apparent from these data that the PA schoolbooks prepare the students mentally and ideologically to a violent struggle for a future liquidation of State of Israel and its Jewish population," the authors conclude.

These findings corroborate previous research on Palestinian curriculum and schoolbooks that systematically glorify terrorism, deny Israel's right to exist, and encourage future generations to wage armed struggle. These themes have been propagated to Palestinian school children for decades and form the basis of Palestinian identity and societal attitudes, which remain deeply anti-Semitic and devoted to the destruction of Israel.

And the problem may be getting worse.

An April study by Hebrew University's Institute for Monitoring Peace and Cultural Tolerance in School Education finds that the new curriculum for grades 1 to 4 "is significantly more radical than previous curricula."

Palestinian education is radicalizing entire generations and has a real impact on terrorism.

A Palestinian terrorist stabbed an Israeli security guard in the chest Dec. 10 in Jerusalem. Before attacking, the terrorist wrote a will featuring a martyr's quote found in PA textbooks, according to Israel's Shin Bet domestic security service.

It's hard to imagine a stable and lasting solution to the conflict without a complete revolution of the Palestinian education system.