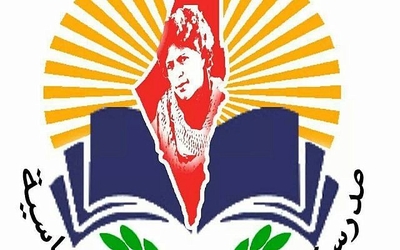 For Palestinians, Dalal Mughrabi is a legend, a heroine, celebrated for having killed 38 Israelis – including 13 children – in a 1978 massacre along Israel's Coastal Highway. But when Belgium funded a school for Palestinian children in 2013, it didn't expect it to be named in Mughrabi's honor. Hence when officials learned last month that the former 'Beit Awwa Basic Girls School' in Hebron had been renamed to celebrate the Lebanese terrorist, they immediately froze all funding to the Palestinian Authority's educational projects. In response, the school, whose logo depicts a map eliminating Israel, wrote on its Facebook page: "The name of Dalal is engraved in our hearts and will remain engraved in our minds."

Belgium planned to fund 10 more schools in the coming three years, the Algemeiner reports. Those projects would have come in addition to the 20 schools the country has already built in the Palestinian territories through a €71.6 million, four-year support package set up in 2011.

Belgium's national contribution to the Palestinian Authority (PA) comes on top of the EU's general support, which in 2016 came to €291.1 million. Most of those funds are distributed through PEGASE, an EU initiative established in 2008 to provide direct funding to the Authority, enabling it to pay out pensions, civil servant salaries, and basic public services.

Belgium is not alone: in 2017, the UK pledged £25 million (about €28 million) to cover the salaries of PA employees in the West Bank. And according to a Mail on Sunday report, several schools funded by the UK are also named for terrorists. Other European contributions have come from France (€8 million in 2016), and Germany (a whopping €160 million annually), among others. Almost all of these payments are funneled through PEGASE, though Germany insists that none of its funds are used for pensions, salaries, or for the ongoing payments the PA makes to Palestinian terrorists jailed in Israel and their families – payments that reportedly total an estimated $140 million a year .

Yet some dispute those claims. "Following repeated queries by an opposition lawmaker, the Foreign Ministry in Berlin last month also acknowledged that funds for so-called 'martyrs' and Palestinian prisoners sitting in Israeli jails for security-related offenses come not only from the Palestine Liberation Organization but partially from the PA's own budget," a 2016 Times of Israel report said. And the Mail on Sunday report further "found that Britain funded the PLO until last year and that the PA openly boasts of still funding salaries of convicted terrorists, even in its own official statements."

EU funds, in other words, are not just helping to celebrate terrorists, but to support and train them in schools named after "heroes" like Mughrabi.

In this, America stands apart. But it is not entirely innocent. The U.S. sent more than $700 million to the Palestinians in 2016. Still, while then-President Obama provided the PA about $221 million just before leaving office in January – despite efforts by Congress to suspend the payment – America's contributions to the Palestinians have decreased in recent years and are subject to extensive vetting, according to a Congressional Research Service (CRS) report.

Moreover, where EU payments are distributed through PEGASE, the U.S. works through USAID, which since 2014 has primarily used the funds to pay off Palestinian Authority creditors, rather than send it directly into PA accounts.

Even stricter restrictions are likely to be put into force in the coming year. The Taylor Force Act, proposed in late 2016 and which the Senate Foreign Relations Committee passed in August, will "make future U.S. assistance that directly benefits the PA contingent on it ending its current policies concerning payments to convicted terrorists and families of terrorists," according to Haaretz. The Act requires that the Secretary of State regularly enforce PA compliance by certifying it has "terminated payments for acts of terrorism against American and Israeli citizens after being fairly tried and who have been imprisoned for such acts of terrorism, including the family members of the convicted individuals." In addition, "The PA will also have to take 'credible steps' against incitement to violence against Israelis and Americans," the Jerusalem Post reported. The Act, Haaretz predicts, could go into effect as early as 2018.

Even with the Taylor Force Act, however, the U.S. is expected to continue much of its financial assistance, including several million dollars dedicated to humanitarian relief, infrastructure, and development of private sector initiatives. And as with Belgium and the UK, America continues to finance education and the building of schools, according to the Times of Israel, primarily for Palestinian refugees in Jordan and elsewhere, established through the UN Relief And Works Agency (UNRWA)

This, too, may be about to change. Until recently, the curriculum in these schools was largely regulated by the Palestinian Authority, in keeping with UNRWA standards of teaching "the curriculum of the host country." Included in that curriculum: lessons demonizing Jews, encouraging "martyrdom" through terrorism and the celebration of terrorists like Dalal Mughrabi.

But revisions to the UNWRA programs introduced in April now require that schools eliminate those incitements to violence and include recognition of Israel. Congress has reportedly threatened to suspend school funding if the changes, which affect the education of more than 300,000 Palestinian children, are not implemented.

Now, with Belgium's retreat from educational support, other countries are likely to reexamine their funding of Palestinian schools. The UK halted $30 million in aid last month.

At first glance, this seems appropriate. But it also opens up new dilemmas and questions about the future prospects for Middle East peace. Educating Palestinian youth is increasingly important in the Internet age – and in the ongoing battle for hearts and minds. Abandoning education initiatives risks allowing Fatah, Hamas, and other terrorist or Islamist groups to oversee the schooling of these children, and leaving them vulnerable to the constant propaganda machines of other terror groups. The West's best hope, then, would seem to mean continuing to provide our own alternatives, with a curriculum of our own making. The question is how to best proceed – and how effective we ultimately can be.