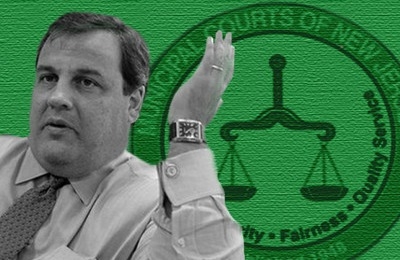 Jada was looking forward to high school in her New Jersey hometown when her father, a recent convert to Islam, decided they should move to Saudi Arabia. Jada's mother had passed away suddenly a few years earlier. It was just the two of them now, and so Jada went with him alone. Soon after, on a walk to the local grocer, her father instructed Jada to move to his right side and stay there. This, he explained, was how men would know she was for sale.

You may have heard Jada's story before. It has received widespread attention, largely through the efforts of the Maryland-based Tahirih Justice Center, which works to end child- and forced marriages and other forms of violence against women and girls. You may have heard about Jada's half-sister, who worked to rescue her although the U.S. State Department could offer no help in the face of Saudi laws. Thanks to her, and to the efforts of Tahirih and others, Jada made it home to America before her father could sell her into marriage.

But other girls in New Jersey may not be so lucky. And they don't need to be brought to Saudi Arabia to be married off. At 12, Jada was not old enough to get a driver's license in her home state; but she was old enough for a marriage license so long as she had her parent's permission. Indeed, according to Fraidy Reiss, executive director and founder of Unchained At Last, "more than 2,000 children as young as 13 were married legally in New Jersey between 2000 and 2014." For these girls, such marriages involve being forced to have sex with men they barely know. There is a word for that: rape.

In recent years, the Tahirih Center, along with Girls Not Brides, Unchained At Last, and others, have helped support bills that would end or curtail laws allowing child marriage. Texas and Virginia passed measures requiring a court to declare minors "legal adults" before they can marry, regardless of parental consent. And earlier this month, New Jersey legislators also passed a bill that would prohibit anyone below the age of 18 from marrying. No exceptions. Child marriage opponents celebrated; it was the first time a law had been passed in the United States banning child marriage outright.

Except New Jersey governor Chris Christie has refused to sign it. His reason: the bill "does not comport with the sensibilities and, in some cases, the religious customs of the people of this state."

But what is most striking is the call to consider "religious custom." Child marriage, after all, is almost always religion-based.

It takes place not only in Muslim communities but in Christian and Jewish families as well. Reasons for forcing children into marriage include "controlling the children's sexuality and behavior, and protecting 'family honor,'" Reiss wrote.

There is reason, however, to think that it was Muslims like Jada's father whom Christie was trying to protect in his veto. Yet protecting "honor" in the name of religion is precisely why so many Muslim girls and women are murdered by their families – their fathers, brothers, husbands, even mothers – in so-called "honor killings."

Christie has a long history of placating Muslim fundamentalists. In 2011, he appointed a radical Islamist pawn, Sohail Mohammed, as a state judge despite Mohammed's ties to the New Jersey-based American Muslim Union, which claims that "a Zionist commando orchestrated the 9/11 Terrorist attacks." According to past Investigative Project on Terrorism reports, Mohammed also served as counsel to Palestinian Islamic Jihad operative Sami Al-Arian, and "objected to the use of the phrase 'Islamic militants' in the government's case" against the "Fort Dix Six," a group of Muslim extremists convicted in 2007 of plotting an attack on Fort Dix.

As U.S. Attorney, Christie defended Islamic Center of Passaic County imam Mohammed Qatanani, who has been accused of having ties to Hamas and who has called Israel's founding "the greatest disaster which occurred on the face of the earth." The Department of Homeland Security is fighting to deport him.

These and other gestures suggest that Christie supports just the kind of Muslim conservatives who reject Western (and American) views of women and of marriage and who are likely to sell their young daughters into marriage. At the very least, he seems to recognize that it would be politically inexpedient to reject them: New Jersey boasts the second-largest Muslim population in America, next to Michigan and, according to Pew Research, "two or three times as many Muslim adults per capita as the national average." Moreover, immigrants from Southeast- and South-Central Asia represent the second-largest group of newcomers to the state after Latin America. These are also regions with notably high rates of child marriage (particularly India, Pakistan and Bangladesh, all three among the largest of New Jersey's Asian immigrant groups).

But because it is not only Muslim girls who are forced into marriage and subsequent marital rape, it all the more notable that Christie's veto came just weeks after the European parliament determined to tackle child marriage worldwide. Unlike the Europeans, Christie has now agreed to place the religious views of extremists before the basic rights of women and girls. But for the state to sacrifice human rights to religion is not who we are as Americans. And it is not what we can allow ourselves ever to become.