Note: This is a modified version of an article written for Frontline Security magazine. See the original here. 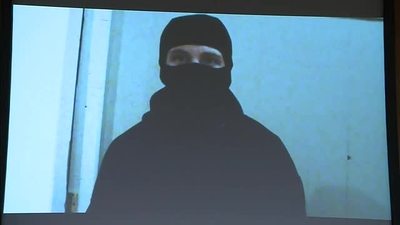 Last week's successful prevention of a terrorist attack merits Canadians' appreciation for the effective work of the Royal Canadian Mounted Police (RCMP), Ontario Provincial Police and local police. Thanks are also due to the FBI, which alerted the RCMP Wednesday morning after learning of an online jihadi video pledging allegiance to ISIS and announcing his murderous intent.

The RCMP was then able to identify self-professed Muslim convert and would-be jihadi Aaron Driver from Strathroy, Ontario, in part, reportedly, through face recognition biometric technology. Driver was already subject to a court ordered terrorism "peace bond" which was imposed followed his June 2015 arrest in Winnipeg for suspected terrorist connections. It was clear from his own social media postings and connections that he supported Islamist terrorism, including the Parliament Hill attack in October 2014.

The effectiveness of the peace bond, as well as other systemic issues, are now being questioned even as Canadians recognize the excellent work done by the RCMP and other police agencies that thwarted this intended mass murder. Also worth noting was the candid and substantive media briefing the day after the takedown of Driver provided by RCMP Deputy Commissioner Mike Cabana and Assistant Commissioner Jennifer Strachan. It is clear that under Deputy Commissioner Cabana's leadership, effective Canada-U.S. relationships exist and that immediate operational response is in a deployment ready status. The importance of this cannot be overstated because, unlike the traditional criminal justice world, success in counter terrorism is measured in prevention and not just prosecution.

Post-incident review and operational investigations are underway, but the event clearly raises a number of systemic issues that also merit analysis. To be clear: this should not be a finger pointing exercise, but rather one that explores what happened, or what didn't, and why, to determine if improvements can be made. One thing is certain, the domestic Islamist terrorist threat in Canada remains real and thus must be pragmatically addressed.

Listed below are issues that merit consideration:

Ironically, all of these issues would be appropriate for in-camera hearings conducted by the proposed Parliamentary National Security Committee, as proposed in legislation which is currently before Parliament. Whatever the forum, these questions need to be asked...and answered.

Scott Newark is a former Alberta Crown Prosecutor who has also served as Executive Officer of the Canadian Police Association, Vice Chair of the Ontario Office for Victims of Crime, Director of Operations to the Washington D.C.-based Investigative Project on Terrorism and as a Security Policy Advisor to the Governments of Ontario and Canada

Answer to all these questions

RCMP has been brainwashed through Islamic outreach programs.

If you report something highly unusual and questionable, you will receive two different answers, of which:

2. Is a crime ongoing at this moment?

One RCMP secretary to a Lieutenant actually tried to convert me to Islam during a minimum 10-minute speech.

Only when Ottawa Parliament was attacked, did they take interest in my disclosures. They called me and I gave them the names of witnesses.

I find it astounding that RCMP are so dumbed down that their individual officials do not check out what is happening elsewhere nor if what they are being taught is the truth.

The same applies for most municipal police forces.