The Case for Kurdish Statehood 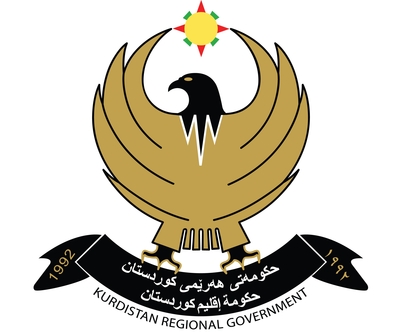 Why has the West been so supportive of Palestinian nationalism, yet so reluctant to support the Kurds, the largest nation in the world without a state?

The Kurds have been instrumental in fighting the Islamic State (ISIS); have generously accepted millions of refugees fleeing ISIS to the Kurdistan Regional Government (KRG); and embrace Western values such as gender equality, religious freedom, and human rights. They are also an ancient people with an ethnic and linguistic identity stretching back millennia and have faced decades of brutal oppression as a minority. Yet they cannot seem to get sufficient support from the West for their political aspirations.

The Palestinians, by contrast, claimed a distinct national identity relatively recently, are less than one-third fewer in number (in 2013, the global Palestinian population was estimated by the Palestinian Authority to reach 11.6 million), control land that is less than 1/15th the size of the KRG territory, and have not developed their civil society or economy with nearly as much success as the Kurds. Yet the United Nations, the European Union, the Arab League, and other international bodies have all but ignored Kurdish statehood dreams while regularly prioritizing Palestinian ambitions over countless other global crises.

Indeed, in 2014 the UK and Sweden joined much of the rest of the world in recognizing a Palestinian state. There has been no similar global support for a Kurdish homeland. Moreover, Kurdish statehood has been hobbled by U.S. reluctance to see the Iraqi state dismantled and by regional powers like Turkey, which worries that a Kurdish state will stir up separatist feelings among Turkish Kurds.

With an estimated worldwide population of about 35 million (including about 28 million in the KRG or adjacent areas), the Kurds are the fourth-largest ethnic group in the Middle East (after the Arabs, Persians, and Turks), and have faced decades of persecution as a minority in Turkey, Iran, and Iraq.

The 1988 "Anfal" attacks, which included the use of chemical weapons, destroyed about 2,000 villages and killed at least 50,000 Kurds, according to human rights groups (Kurds put the number at nearly 200,000). Several international bodies have recognized those atrocities as a genocide.

The Kurds in Turkey have also suffered oppression dating back to Ottoman times, when the Turkish army killed tens of thousands of Kurds in the Dersim and Zilan massacres. By the mid-1990s, more than 3,000 villages had been destroyed and 378,335 Kurdish villagers had been displaced and left homeless, according to Human Rights Watch.

The drive for Kurdish rights and separatism in Iran extends back to 1918, and – during its most violent chapter – cost the lives of over 30,000 Kurds, starting with the 1979 rebellion and the consequent KDPI insurgency.

A 2007 study notes that 300,000 Kurdish lives were lost just in the 1980s and 1990s. The same study states that 51,000 Jews and Arabs were killed in the Arab-Israeli conflict from 1950 until 2007 (and, because that total includes wars with Israel's Arab neighbors, Palestinians are a small fraction of the Arab death toll).

Perhaps because of the Kurds' own painful history, the KRG is exceptionally tolerant towards religious minorities and refugees. The KRG has embraced its tiny community of Jews, and in 2014, the Kurds rescued about 5,000 Yazidis trapped on Mount Sinjar after fleeing attempted genocide by ISIS. Last November, the Kurds recaptured the Sinjar area from ISIS, liberating hundreds more Yazidis from vicious oppression.

The KRG absorbed 1.8 million refugees as of December, representing a population increase of about 30 percent. The KRG reportedly needs $1.4 to 2.4 billion to stabilize the internally displaced people in its territory.

"Most of the refugees [in the KRG] are Arab Sunnis and Shia, Iranians, Christians, and others," Nahro Zagros, Soran University vice president and adviser to the KRG's Ministry of Higher Education, told the  IPT. "Yet there is no public backlash from the Kurds. And of course, we have been helping the Yazidi, who are fellow Kurds."

The Kurdish commitment to gender equality is yet another reason that Kurdish statehood merits Western support. There is no gender discrimination in the Kurdish army: their women fight (and get beheaded) alongside the men. Last December, Kurdistan hosted the International Conference on Women and Human Rights.

The Kurds are also the only credible ground force fighting ISIS, as has been clear since the ISIS threat first emerged in 2014. ISIS "would have totally controlled the Baji oil field and all of Kirkuk had the [Kurdish] Peshmerga not defended it," said Jay Garner, a retired Army three-star general and former Army assistant vice chief of staff who served during "Operation Provide Comfort" in northern Iraq. "Losing Kirkuk would have changed the entire war [against ISIS], because there are billions of dollars [per] week in oil flowing through there. The Iraqi army abandoned their equipment [while the Kurds defended Kirkuk, which has historically been theirs]."

Masrour Barzani, who heads the KRG's intelligence services, says that Kurdish independence would empower the Kurds to purchase the type of weapons they need without the delays that currently hobble their military effort against ISIS. Under the present arrangement, Kurdish weapons procurement must go through Iraq's Shia-led central government, which is also under heavy Iranian influence.

Besides bolstering the fight against ISIS, there are other geopolitical reasons for the West to support Kurdish statehood: promoting a stable partition of Syria, containing Iran, balancing extremist forces in the Middle East, and giving the West another reliable ally in a volatile region.

Now that Syria is no longer a viable state, it could partition into more sustainable governing blocs along traditional ethnic/sectarian lines with Sunni Arabs in the heartland, Alawites in the northwest, Druze in the south, and Kurds in the northeast. KRG leader Masrour Barzani recently argued that political divisions within Iraq have become so deep that the country must transform into "either confederation or full separation."

Southeast Turkey and northwest Iran also have sizeable Kurdish areas that are contiguous with the KRG, but those states are far from disintegrating, and would aggressively resist any attempts to connect their Kurdish areas to the future Kurdish state. However, the Kurdish areas of former Syria should be joined to Iraqi Kurdistan as a way to strengthen the fledgling Kurdish state and thereby weaken ISIS.

In a recent article, Ernie Audino, the only U.S. Army general to have previously served a year as a combat adviser embedded inside a Kurdish Peshmerga brigade in Iraq, notes that Iran currently controls the Iraqi government and Iran-backed fighters will eventually try to control Kurdistan. He also makes the point that Western support for the Kurdish opposition groups active in Iran would force the Iranian regime to concentrate more on domestic concerns, effectively weakening Iran's ability to pursue terrorism, expansionism, and other destabilizing activities abroad.

Because the Kurds are religiously diverse moderates who prioritize their ethno-linguistic identity over religion, a Kurdish state would help to balance out the radical Mideast forces in both the Shiite and Sunni camps. The Kurds are already very pro-American, thanks to their Western-leaning values, the U.S.-backed-no-fly zone, and the 2003 toppling of Saddam Husssein that made the KRG possible.

A Kurdish state would also have excellent relations with Israel, another moderate, non-Arab, pro-Western democracy in the region. Israeli Prime Minister Benjamin Netanyahu endorsed Kurdish independence in 2014, and Syrian Kurds – after recently declaring their autonomy – expressed an interest in developing relations with Israel.

By contrast, the Palestinian Authority slanders Israel at every opportunity: Abbas recently claimed in front of the EU parliament that Israel's rabbis are trying to poison Palestinian drinking water. The Authority raises Palestinian children to hate and kill Jews with endless anti-Israel incitement coming from schools, media, and mosques. Palestinians have also shown little economic progress in the territories that they do control, particularly in Gaza, where Palestinians destroyed the greenhouses that donors bought for them in 2006 and instead, have focused their resources on attacking Israel with tunnels and rockets.

By almost any measure, a Kurdish state deserves far more support from the West. After absorbing millions of Syrian refugees while fighting ISIS on shrinking oil revenue, the KRG is battling a deepening financial crisis. Aggravating the situation, Iraq's central government has refused – since April 2015 – to send the KRG its share of Iraqi oil revenue. The economic crisis has cost the KRG an estimated $10 billion since 2014.

Helping the Kurds should be an even bigger priority for the European Union, which absorbs countless new refugees every day that ISIS is not defeated. If the EU were to fund the KRG's refugee relief efforts and support their military operations against ISIS, far fewer refugees would end up on their shores.

Thank you for this article

I returned in April from my second trip to the Kurdish Region of Iraq. Thank you to the Kurds for protecting all those who fled from ISIS and and Civil war in Syria.