This article first appeared at Foxnews.com 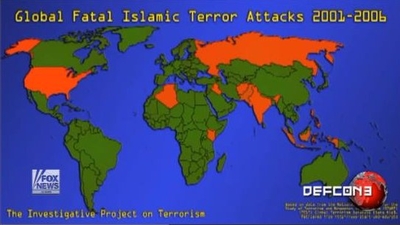 Imagine more of the African continent engulfed in the Islamist savagery of Libya and Nigeria. Imagine Jordan and Saudi Arabia undergoing the same turmoil as Iraq and Syria. Imagine a Europe that begins to resemble Lebanon more than its American cousin.

These are frightening scenarios that could unfold over the next few years should trends identified in a new analysis by the Investigative Project on Terrorism (IPT) continue unchecked. Western leaders will need to recognize that the Islamist threat is growing in lethality and geography because current strategies to combat it do not work.

Islamist violence has escalated to an unprecedented degree. Ground taken and controlled by ISIS provides bases for planning and preparing attacks throughout the Middle East, Africa and Europe, most recently in Brussels and France. Genocide against religious minorities in the Middle East is inflicting untold suffering. It is also causing millions of refugees to overwhelm the region and Europe.

Most problematic is that NATO and the U.S. signal no real reassessments in their failing approach to the rapidly spiraling viciousness as they help history to repeat itself. 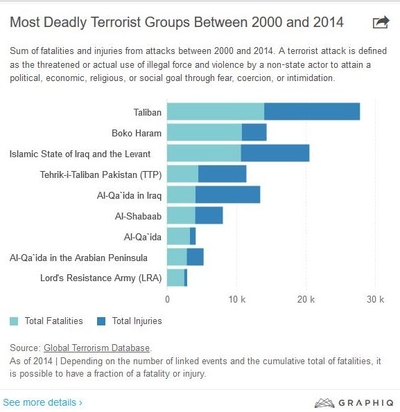 Engaging jihadists in Libya resulted in the U.S. returning to conduct strikes with fighter jets and drones five years after leaving.

The Obama administration is abandoning a program of training Syrian rebels after spending hundreds of millions of dollars on the futile effort.

Appeasing the Muslim Brotherhood in Egypt allowed for its disastrous rise to power, yet the White House still welcomes them into the conversation.

The IPT – through analyzing current and future radical Islamist threats based upon its extensive contacts, sources and internal databases -- predicts that the situation will continue to deteriorate over the next 18 to 24 months without a course correction. Here are four reasons why.

1. Islamist brutality in Africa will increase in fatalities and territory. Terrorism in Africa was largely confined to Algeria from 2001 to 2006 when it experienced 275 deaths on average annually. It rose to nine countries with 11,085 fatalities on average annually during 2014 to 2015. Boko Haram, al-Shabaab and Al-Qaida in the Lands of the Islamic Maghreb (AQIM) will lead its further expansion on the continent.

2. Relatively stable regimes in the Middle East will face increasing pressure from jihadists who will threaten the ability of central governments to provide security. With no change in strategy to confront ISIS, the governments of Jordan, Saudi Arabia, Turkey and the UAE could break down.

Jordan recently killed seven Islamists linked to ISIS in an eight-hour raid that disrupted attacks against civilian and military targets within the country.

Turkish security forces have prevented 18 suicide attacks since the start of 2016. A car filled with explosives killed 29 people in Ankara in February. Yemeni rebels have murdered or captured hundreds of Saudi soldiers in cross-border clashes.

3. With the established ISIS caliphate in Iraq and Syria, and its new caliphate in Libya along the Mediterranean coast, the humanitarian crisis of refugees will overwhelm Europe's internal security forces and social services. Islamist violence will increase significantly within its borders.

4. ISIS and like-minded groups will build upon their success to launch new attacks on perceived soft targets in the Philippines, Bangladesh and Thailand.

The West needs to recognize the current scope of failure and the momentum of the evolving jihadist threat.

Islamists will quickly capitalize on the current friendly environment. The damage to authority and stability in the Middle East, Africa and Europe could require decades to reestablish once lost.

Also, in a neighborhood like this, what happens to our strongest and most reliable ally in the Middle East, Israel? Weapons are trained on the Jewish state on all sides from the likes of Hizballah, Hamas and Islamic jihad.

Western leaders must take measure of the defeat confronting them and understand that radical Islam directly jeopardizes Judeo-Christian civilization. A very disturbing future may already be written with no change in direction.