Security Priorities of the New Canadian Government Are Emerging 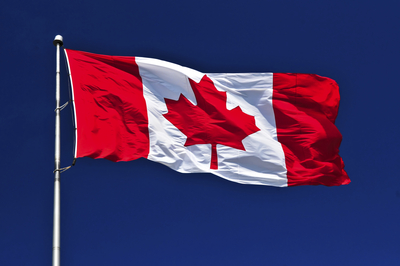 In the interview, Bibeau described in lofty terms how Canada would provide the funds to groups on the ground who would then be responsible for determining who received the aid. When pressed by the reporter if that hands-off approach might mean the jihadi terrorists could also receive Canadian financed aid, the minister answered, "Yes."

She went on to explain that "It is very important that we let these organizations work in a complete independent manner and not link it to our military action, for example."

This, at best, myopic attitude implies an arrogance wherein such "details" do not merit the minister's attention. In dealing with a complex, treachery-ridden situation like Syria, and indeed the entire Islamist threatened Muddle East, that kind of indifference is alarming. It's why Western countries have learned that we need to be very careful about to whom we supply arms, and the same is true about for whom we supply funding and services.

This situation was made worse the next day when the minister's Parliamentary Secretary, Karina Gould, tried to explain the minister's comments. This approach was simply part of a long standing tradition of working with international groups and that Canada was considering restoring funding to the United Nations Relief and Works Agency (UNRWA), she said.

UNRWA is the world's oldest public welfare agency. Established in 1949 to assist Palestinians after the creation of Israel, it has devolved into a politically motivated organization that champions the Palestinian cause. This situation became severely exacerbated in 2007 when the terrorist designated group Hamas seized control of the Gaza Strip and became its de facto government. From that point, UNRWA has provided both property and services and funding to the government of Gaza...which is the terrorist group Hamas.

This is not idle speculation as has been revealed by multiple detailed reporting including from the UN Watch, the IPT, and the renowned UN reporter Claudia Rosett.

The global response to this awkward situation essentially was to look the other way, although the former Canadian government started to reduce funding to UNRWA in 2009 and cut it off entirely in 2013 because of these Hamas-related concerns. It is that decision that Canadians have just learned that their new government is "reconsidering."

It is important to appreciate, however, that this will not simply be a policy decision for the new government. In light of the existing and unequivocal evidence about UNRWA's links to Hamas, existing laws must be considered.

Specifically, section 83.03 of the Canadian Criminal Code makes it a criminal offense for anyone to knowingly provide funding or property, whether directly or indirectly, to a listed terrorist entity such as Hamas.

83.03 Every one who, directly or indirectly, collects property, provides or invites a person to provide, or makes available property or financial or other related services

(b) knowing that, in whole or part, they will be used by or will benefit a terrorist group,

The new government is free to try to repeal the law by getting rid of the s. 83.03 offense, or to amend the law by removing Hamas from the designated terrorist entity list. What it is not free to do, however, is to ignore the law. Thus, there may be a showdown on the horizon.

This appears to be yet another situation of a new government not thinking through the details of its new policy goals. But it is also a disturbing signal that the security issues involved are of low priority and the culture of moral equivalency and "look the other way" are returning to Canada.

It would also be worth knowing whether the other parliamentary secretary in the foreign affairs portfolio, Liberal MP Omar Alghabra, had any role deciding to renew UNRWA funding. Alghabra is the former president of the Canadian Arab Federation (CAF), which previously expressed opposition to terrorist entity designations against Islamist groups and which, after Alghabra's departure from the CAF, had its government resettlement funding cut due, in part, to its apparent support of Hamas, which was upheld by the federal court.

The new government has also made clear that it intends to lift its sanctions against Iran and to begin the process to restore diplomatic relations. Interestingly, there also may be a legal barrier here as the Justice for Victims of Terrorism Act, enacted by the former government, designated Iran as a state sponsor of terrorism. This designation enables specific victims of terrorism to seek civil redress against Iranian assets in Canada. 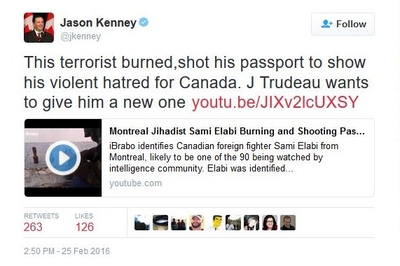 The latest development in Canada's new approach to security issues came last week when Immigration Minister John McCallum introduced a bill to repeal previous legislation giving the minister discretion to revoke the citizenship of a dual citizen that has been convicted of a terrorism offense. The new bill actually is focused more on easing restrictions for persons to gain citizenship but, understandably, public focus has been on the removal of the terrorist based section.

And we're not done yet. The new government promises to review and overhaul controversial existing legislation to enhance national security operational capabilities. Also on the agenda is a promised counter radicalization strategy which needs informed and targeted substance, not politically correct risk avoidance.

Without doubt, Canadians voted for change in the last election but it's becoming increasingly clear that, when it comes to public safety and national security, change also brings consequences.

Scott Newark is a former Alberta Crown Prosecutor who has also served as Executive Officer of the Canadian Police Association, Director of Operations to Investigative Project on Terrorism and as a Security Policy Advisor to the Governments of Ontario and Canada.

Thank you for this work Scott. We need people investigating this sickening behavior of our government.

It is easier to savage a civilization than to civilize a savage.

Europe is finding this out now and unfortunately it's much too late for them. Canada is next because our PM Useful Idiot, le petit dauphin (with that hair OMG he's sooooo cute!) has determined that he's going to open OUR doors much, MUCH wider because :

"... there is no question that this happened because there is someone who feels completely excluded."

That's right. Savages murder, bomb, rape, torture, slaughter and attack because they've been EXCLUDED and their feelings have been hurted.

G*d help Canada because we're going to get hit and hit hard.

No surprise here, even for Canadians