Guest Column: Calling It What It Is – Islamic Terrorism 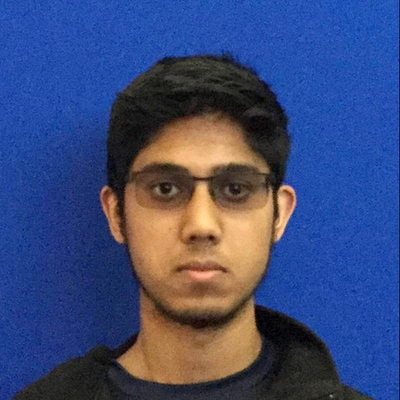 The classification of the recent knife attack on several students at the University of California at Merced by 18-year-old Faisal Mohammad is in danger of falling through the cracks of political correctness.

Mohammad entered the classroom armed with a hunting knife. He also had a backpack containing zip tie handcuffs, two plastic bags of a petroleum substance, a night vision scope, duct tape, and other tools. He stabbed and slashed several students before construction worker Byron Price rushed into the classroom after hearing the screams of the victims and confronted Mohammad.

Price was stabbed while attempting to subdue him. Mohammad then fled the classroom and attacked another student before being shot and killed by a responding university police officer.

A subsequent search of Mohammad's property uncovered a folded copy of the ISIS flag, a handwritten manifesto with detailed instructions to behead students and multiple reminders to "praise Allah."

This horrendous act was then glorified on a Twitter posting from an account associated with ISIS stating "May Allah accept him."

Is there any question as to how this incident should be classified? Apparently in the minds of some there is.

At a press briefing, Merced County Sheriff Vern Warnke said "there is nothing to indicate this was anything other than a teenage boy who got upset with a few fellow classmates."

Still, local law enforcement asked the FBI to assist in the investigation to determine if there were any terrorist connections based on Mohammad's ISIS flag, and also to analyze Faisal Mohammad's Internet activity.

We are told that there were some questions arising over possible websites that Mohammad visited. But to assuage our fears the university Chancellor Dorothy Leland announced there is no evidence linking the UC Merced stabbings to terrorist organizations.

Officials seemed to think that in order for an act to be connected to a terrorist organization, the deranged individual must have been in direct contact with Abu Bakar al Baghdadi specifically telling him what to do.

They evidently haven't learned that the methodology used by radical Islamic groups like ISIS has changed. It has morphed and adapted to utilize social media and the Internet.

In the past, we thought of terror groups in terms of cells, or handlers who coordinated attacks. But terrorist organizations no longer need handlers in direct contact to bring the crazy guy along and convince him to do their will. They can do it online and unilaterally.

The Internet and social media postings of ISIS are specifically designed to attract disassociated loners with unstable minds to a convenient pathway to channel their anger. It matters not to ISIS if the individual is a true believer, they only want him to act out. That is one of the reasons ISIS puts these images on the web.

Mohammad may have felt aggrieved by his treatment from a study group. But that does not eliminate the subtle influence "radical Islam" had in this case. The choice of weapon and the methodology closely resembles what ISIS tells people to do.

It was just two months ago that ISIS issued a call for believers to commit random attacks against individuals living in countries whose governments, like the United States, they considered apostate. Jihadists were urged to utilize any type of weapon at hand, knives, rocks, or even automobiles.

Justification to vent your rage. ISIS is not looking for a few good men; one crazy will do.

The UC Merced incident is very similar to the case of Alton Nolen, a former inmate who converted to Islam in prison is accused of beheading a former co-worker at a food plant in Oklahoma City in 2014. Nolen was suspended by his employer, Vaughn Foods, over an incident with a female co-worker who reported him for making a racial comment about not liking white people. He was also suspended because of his incessant attempts to proselytize co-workers to his version of Islam and making reference to Sharia law.

He was angry over a perceived wrong done to him by his employer. He had also spent numerous hours watching videos and visiting websites sponsored by radical Islamic groups like ISIS prior to the attack.

His firing from Vaughn Foods was simply the catalyst that seemingly tripped the trigger in his mind to move from jihadi thoughts to violent action: One small switch, one perceived slight and he was gone — doing what he saw ISIS members do, beheading innocents.

Again the influence of "radical Islamism" in this case in incontrovertible.

The classification of violent acts as Islamic terrorism or terror related is often intentionally delayed. Remember Nidal Hasan and the Fort Hood shootings? Officials tried to define that as "work place violence." Or when Rashid Baz opened fire on a van load of Hasidic students on the Brooklyn Bridge in 1994, killing 16 year old Ari Halberstam. That was originally labeled "Road Rage."

We seem to be afraid to mention the words Islamic terrorism or acknowledge the influence of radical Islamism when acts like Faisal Mohammad's are carried out. Why are we afraid of offending a specific group? When "Big Paul" Castellano got whacked outside of Spark's restaurant in Manhattan in 1985 by John Gotti's crew, no one hesitated to call it a Mafia hit or say, 'well, maybe it was just a random drive by shooting.' No we did not.

In the last 10 years, the Department of Justice has systematically removed the words "radical Islam" from any documents defining radicalization or extremism.

The result has been an erosion of confidence by the American people in how effective (or honest) our government has been in the fight against terrorism and has emboldened radical Islamic groups like ISIS, al-Qaida, Hamas, etc.

And now in response to the horrific attacks on innocent civilians in Paris, French President Hollande has declared war on ISIS. France is no longer afraid to call it what it is.

The United States, as a member of NATO, has both a moral and a legal responsibility to act in support of our French allies.

Any refusal by the current administration to clearly identify the enemy, as Hollande has, will embolden the enemy and weaken the post-World War II alliance. If the treaty members cannot agree on who the enemy is, they cannot effectively fight against it.

Jihadists groups will view NATO as nothing more than a paper tiger and a further decline of Western democracies, and that will be an incentive for ISIS commit more deadly attacks both in Europe and the United States.

Political correctness be damned. Sometimes you just have to call it what it is, Islamic Terrorism