Shariah Incompatible With the Constitution 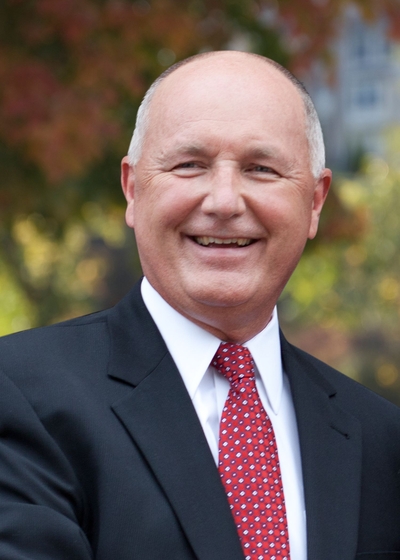 NBC's "Meet the Press" moderator Chuck Todd in a recent exchange with a presidential candidate raised an issue that should be discussed not only by all of the candidates, but debated and analyzed by the American people.

Is Islamic law (Shariah) compatible with the U.S. Constitution?

The question has no simple answer, but we have three recent examples of where regime change forced national leaders to determine Shariah's role in their governance, all failing to reach a definitive conclusion.

The first two followed interventions by the Obama administration, in one case actively and in the other passively, that facilitated the overthrow of stable authorities.

In Libya, NATO precipitated the overthrow of Moammar Gadhafi's 42-year dictatorship. In Egypt, the U.S. sent clear and unambiguous indications that replacing President Hosni Mubarak with the Islamist Muslim Brotherhood would be acceptable, if not desirable.

In both cases new governments rose to power through American support.

I illustrate how events unfolded following Gaddafi's deposition in my upcoming book, "Architects of Disaster: the Destruction of Libya."

The U.S.-backed National Transitional Council – comprised of radical Islamist "moderates" that fought Gadhafi – appointed Sadeq al-Ghariani grand mufti during the civil war, a title that he retained after the shooting subsided.

Al-Ghariani, as grand mufti, the highest ranking official on Islamic law in a Muslim country, declared that Shariah would serve as the primary source of legislation and that any law contradicting it was invalid.

He legitimized polygamy, banned women from marrying foreigners, directed the Ministry of Education to delete passages on democracy and freedom of religion from school textbooks, and praised the militant group Ansar al-Sharia, which the U.S. blames for the Benghazi attacks that resulted in the murder of four Americans.

In addition, British officials accused al-Ghariani of encouraging jihadists with ideological ties to ISIS to overthrow the duly elected parliament.

Libya remains a bitterly divided failed state with one group supporting jurisprudence under the model created by Mohammad and another fighting for more democratic reforms while still pledging allegiance to Islamic law.

In Egypt, the government led by the Muslim Brotherhood focused on consolidating power rather than quickly imposing expanded facets of Shariah. However, the Muslim populace quickly rejected the actions and declarations of leaders dedicated to implementing stricter adherence to the fundamental teachings of the Koran.

Egyptians already dissatisfied with the economic performance under the stewardship of President Mohammed Morsi turned on him before he could impose what many believed was an agenda to introduce it gradually.

The sad irony is that in both Libya and Egypt, the Obama administration — a supposed champion of liberty and human rights — supported groups that wanted to ultimately enforce the code of law championed by Mohammed once they gained power.

Another irony is that while people in both countries are fighting and dying for political freedom and against more radical Shariah interpretations, that debate can't even take place in the United States. Those who raise the issue are immediately labeled as Islamophobic.

Finally, the third example of Shariah is that inflicted by ISIS which allows for genocide of religious minorities in the so-called caliphate, an area comprised of large swaths of Syria and Iraq. Their practices are so barbaric that it's difficult to imagine anyone in the U.S. defending them.

Other practices under ISIS' application of the religious precepts of Islam include beheading and immolating captives, as well as selling "infidel" women as sex slaves. Here again other Muslims are fighting ISIS, for many reasons that include their obedience to Shariah.

The policies and laws executed by the grand mufti in Libya, the long-term agenda in the short-lived Morsi government in Egypt and by ISIS in its ideal Islamist Ummah are incompatible with the Constitution, period.

If such interpretations are unacceptable as many in the region indicate by their physical resistance, it is not difficult to understand why Americans are asking whether it could apply here.

How would Shariah work within the parameters of America's founding document, and would the American Muslim community broadly embrace it?

Let's ask all of the presidential candidates of both parties to hear what they have to say and allow a real discussion among American voters to begin.

Pete Hoekstra represented Michigan for 18 years in Congress, including as chairman of the U.S. House Intelligence Committee. He currently serves as the Shillman senior fellow at the Investigative Project on Terrorism, and is the author of "Architects of Disaster: The Destruction of Libya."

Sharia is totally incompatible with the US Constitution

The principles of Islamic law that make it incompatible with the US Constitution are many. Here are a few.

Sharia declares that Islam abrogates all other religions, therefore Islam does not tolerate freedom of religion

Sharia declares that the Koran is the literal word of God that sets out the laws by which humans may live, and rejects the concept of "man-made law," i.e., the Constitution

Sharia declares that Muslims are to fight all non-Muslims until the world is controlled under Islam, thus Sharia advocates the violent overthrow of the US government.

Need more be said about compatibility?

Finally, "Islamophobia" is a term promulgated by the Organization of Islamic Cooperation, a group whose members are political leaders from all the Muslim countries. The use of the term is to implement the Sharia definition of "slander" in western countries. In Islamic law, "slander" is defined making a comment that the object of the comment dislikes, even if it is true. Since Muslims dislike criticism of Islam, they see it as slander, using claims of "Islamophobia" to shame the offender into silence.

See Stephen Coughlin's detailed expose on Islamic subversion of the US and other western countries, Catastrophic Failure for details.

Thank you for continuing to bring this to the public. I very much appreciate what you and your associates are doing.

Sharia is not only incompatible with the Constitution...

...but also with freedom, individual rights, and human life itself.

Sharia is the legal code for Islam which demands of its followers that they murder or enslave anyone who disagrees with them.

Murder is a crime in every civilized jurisdiction and Americans fought the Civil War to eliminate slavery.

To bring back either on behalf of Islam would not only violate the Constitution. It would betray this country and those who died to end slavery.

Sharia is offensive to Constitution

NOthing in life is as certain as the incompatibility between the Constitution of America and sharia of islam, except the obligation for a Muslim to follow sharia law or risk death.