This article originally appeared in the Daily Caller. 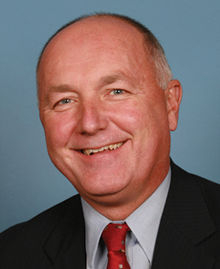 Only among the U.S. media would such a headline make sense.

Radical Islamist terrorists armed with AK-47s attacked hundreds of people at an event in Garland, Texas that sponsored a Muhammad cartoon exhibit and contest. The Associated Press headline that ran on countless websites and newspapers across the country declared: "Activist: No regrets about cartoon contest ended by gunfire."

What's next? "No apologies from Jews for inciting Holocaust?" or "No remorse from child aboard bus when bomb exploded?" Since when did it become acceptable, no less headline news, to blame the victim?

Apparently it started when violent Islamists and their sympathizers declared anyone who disagrees with them as Islamophobes subject to death for violating Sharia law. It became much safer and more politically correct to accept their bullying rather than to challenge them.

Numerous moralizing lecturers in the fourth estate piled on free speech activist and writer Pamela Geller for exercising her First Amendment rights guaranteed in the U.S. Constitution by hosting the event in Texas.

The Washington Post ran with the headline "Event organizer offers no apology after thwarted attack in Texas."

The New York Times editorialized that Geller "achieved her provocative goal in Garland — the event was attacked by two Muslims who were shot to death by a traffic officer before they killed anyone."

Bill O'Reilly said on his Fox News Channel program: "Insulting the entire Muslim world is stupid." He added that Geller hurts the cause of attracting the support of moderate Muslims in the war against jihadists in countries like Jordan and Egypt. Muslims in those countries are already fighting a life and death battle against ISIS and al Qaida, and let's not be so vain to think that it's because of whether or not they like us. They do it to stay alive and preserve their children's future.

Do O'Reilly and writers at the AP, The Washington Post and The New York Times still think that appeasing fanatical jihadists will lessen their hatred of the West and stop them from murdering innocent men, women and children of different faiths?

Been there, done that. It didn't work.

President Obama tried it in Cairo not too long after his inauguration in 2009. With the Muslim Brotherhood invited to sit in the front row, he told his audience that "I have come here to seek a new beginning between the United States and Muslims around the world; one based upon mutual interest and mutual respect; and one based upon the truth that America and Islam are not exclusive, and need not be in competition."

The administration then banned the use of such words as "Islamic terror" from the White House in a see no evil, hear no evil approach to the building threat.

The outcome? Islamist terrorists have since turned Libya into a chaotic lawless state, ISIS continues to control large swaths of Iraq and Syria, al Qaida owns the Arabian Peninsula, and individuals and groups worldwide – including within the United States – are pledging solidarity with ISIS.

It's grand Theatre of the Absurd when elites target the First Amendment rights of fellow citizens as opposed to condemning a movement that sees mass murder as a rational response to objectionable caricatures.

I am no stranger to accepting speech with which I disagree. As a member of Congress I voted against prohibiting the burning of the Americam flag. As much as I find the act offensive, I was obligated to protect the Constitutional rights of Americans.

I and many others saw "Piss Christ" and "The Holy Virgin Mary" with its elephant dung and pornography as gratuitously obnoxious. The artists were free to offer the results of their creativity and imagination to the world and faced no violent retribution.

Such freedom doesn't end when the killing starts.

There are those in the media who are at pains to avoid discussing the atrocities of radical Islamists who will stop at nothing to force Sharia law down the throat of world, including cutting the heads off Westerners, enslaving girls and burning opponents alive.

Geller held a cartoon contest and they portray her as a monster. Something isn't quite right here.

Pete Hoekstra is the former Chairman of the House Intelligence Committee and the Shillman Senior Fellow with the Investigative Project on Terrorism.

This is exactly why I quit reading a whole lot of major newspapers. . .

thank goodness there are still a few people with the common sense (all to uncommon) to see the truth and speak out. May God bless you, Vickie

So, the Western tolerance which we adhered to for generations has led us into the Catch- 22 of giving the most ideological [next to current fascist collectivism] a strong foothold. I for one am glad that we are waking up.

Even the "sleepers" were able to "think" about it after SNL "Yawn, no way would anybody be killed for making a sketch of a historical figure. Haha, what a spoof" The other responds, "No Ernie, they say it could actually happen." Ernie [back to sleep], "I still say it's gotta be a spoof."

So now at tthe least there is aq discourse... of course not yet, probably never, from the White House.