Hamas used a Greek Orthodox Church sheltering hundreds of Palestinians who fled their homes to escape Israeli shelling of the terrorist group's positions in Gaza City to launch rockets, according to an interview by CBN News. 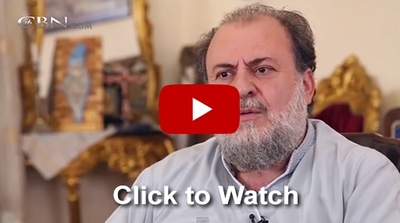 Archbishop Alexios, who oversees the church, says Hamas set up a rocket-launch site adjacent to the church even though at least 1,000 Muslim refugees had crowded inside. He told CBN News the terrorists set up the launch site near a roof terrace outside his office at the 12th century church.

Several Israeli shells hit the church compound on July 21, according to the Times of Israel in response to rocket fire from the site. Alexios' revelation marks the third independent confirmation of Israel's claim that Hamas uses heavily-populated areas to launch rockets in less than a week.

TV news crews from France 24 and India's NDTV reported earlier this week that they had each found Hamas launch sites in crowded areas of Gaza City. Video of rocket launches taken by Israeli drones flying over Gaza likewise show Hamas using densely-populated parts of the enclave to fire on Israel.

Alexios said he did not want to take sides in the conflict, but declined to provide further information about Hamas activities due to security concerns. Gaza's 1,500 Christians comprise a tiny fraction of the total population of 1.8 million residents.

With the end of the latest cease-fire and Hamas' resumption of firing rockets on Israel, there can be little doubt the terrorists will continue their practice of using densely populated areas to launch their rockets, endangering civilians.