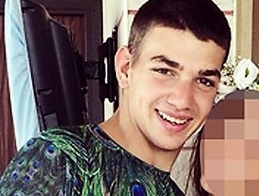 Standing at Daniel's open grave July 24, I realized how strong the fabric of Israeli society is. Born in this country, the children and grandchildren of 19th century pioneers, Holocaust survivors and refugees expelled from the Arab countries generations ago, we are motivated by the justice of our path and will fight to build our country despite economic difficulties and bloodthirsty enemies whose only goal is to destroy us.

I realize how proud I have always been to be an Israeli, especially because of the infinite variety of members of Israeli society, which has taught all of us tolerance and given us the strength to suffer together when necessary, allowing us to develop a democratic society regardless of the perpetual threat we live under. My pride and sense of belonging are strengthened when Daniel's mother reads the last letter he sent from the Gaza Strip before he was killed.

Even as Hamas rockets rain down on Israeli cities, I pray that Daniel, will be among the last soldiers killed defending Israel, as the IDF, the most moral army on earth, fights to protect us. I think about the millions of civilians throughout the country whose lives have turned into a nightmare of wailing sirens and shrieking sirens, of running to shelter, of the Iron Dome aerial defense system, and of the soldiers on the front line of the Gaza Strip, which we left nine years ago to protect our civilians, hoping never to return.

I cannot help thinking about Hamas and its eagerness to send suicide bombers to our hotels, restaurants, coffee shops, markets and discotheques to kill Israelis regardless of age or gender, and how now its leaders are hiding in underground bunkers, directing the rockets and mortar shells attacking Israeli cities and villages and the efforts to abduct Israeli soldiers – even snatching their dead bodies, or even body parts – to use as bargaining chips. I remember that 22 years ago by chance I met Col. Varda Pomerantz, Daniel's future mother, in the office of the unit providing services for IDF veterans.

Varda was just finishing her posting as head of the IDF casualty department. She had had an exhausting, draining role demanding enormous emotional fortitude, a job considered one the most difficult in the IDF. She needed sensitivity and strength to support mourning families who had lost their sons and daughters during military service, in many instances defending the State of Israel. She was also responsible for wounded, captive and MIA IDF soldiers, an overwhelming task. It required sensitivity, personal involvement and the ability to identify with the outpourings of emotion that accompany such situations.

As we talked, she told me proudly that she had two sons, and that because of the demands of a military career she had needed a lot of help in raising them. Now, she said happily, she was taking off her uniform and retiring, and planned to have another child whom she would raise herself and devote all her time to. She had two more children, and one of them was Daniel, who was 20 when he died fighting in the Gaza Strip, defending the Israeli home front.

And then I stood at his grave along with thousands of others who had come to pay their last respects. There were IDF officers and soldiers who served with Varda, and a great many families whom Varda helped deal with their own loss over the years. It is unbearably tragic to see how she and her family had joined them.

Varda had a premonition that something was going to happen to Daniel, and during her last phone conversation with him, which she had recorded and played at the funeral. She told him to be strong, and he answered, "over and out," as though he had received an order to take care of himself. Varda said, "I knew the day would come when the harbingers of doom in uniform would knock on my door." [The IDF does not send telegrams to inform families when loved ones fall during military service; it sends specially-trained officers in uniform]. I tried to distance myself from nightmares and anxiety, and I never told anyone how afraid I was." Daniel, a Golani fighter, was killed in battle by a Hamas missile which took his life and the lives of his comrades in arms, defending Israel from Islamist terrorism.

Daniel left a letter for his family, Golani and his comrades in arms, in which he said that, "if you are reading this, it means I have finished my career, but at least I fought with honor and am happy. You can be certain that I am happy, it is important that you know that..." His funeral was unbearably sad, one of many I have attended of sons and daughters, young soldiers and officers I had never known or had known and would never see again. Every generation in Israel, where the earth is soaked with the blood of its bravest and best children, passes the torch of defense, saying "now it is your turn to guard the entire Jewish nation."

As the earth falls on Daniel's coffin, I think about the IDF's ethic of heroism, sacrifice and moral weapons code our sons and daughters follow to build a strong, optimistic nation, determined to preserve democracy and human dignity. Hamas, I think as people begin to drift away from the service, is part of a global Islamist campaign to destroy the State of Israel, one step on its way to enforce its brand of radical Islam on the entire world. I think perhaps the task we have taken on ourselves, to be the ramparts that will keep the waves of Islamist terrorism from breaking on our shore, is perhaps too much for us to accomplish alone, and that if the rest of the world helps us we can keep the waves from breaking over their heads as well. But one way or the other, we will keep fighting for our right to exist as a secure homeland for the Jewish people, and send the message to the rest of the world that the effort is well-placed.

"To my beloved family, I never thought I would be writing these words. I don't know what to say because I said it all on the phone, so what can I add? Maybe this is for me. Maybe to give you something to hold on to. I want you to know that I am happy I was born into this family, I am happy I serve in Golani and that I did everything the best I could. If you are reading this, it means I have finished my career, but at least I fought with honor and am happy. You can be certain that I am happy, it is important that you know that.

"To my perfect brothers: no one is happier than I to have brothers like you and amazing parents like ours, who raised me and brought be to where I am today. There is no one like you, I have never lacked anything, I was always enveloped in warmth and love. To make it short, after all the regret, there is no one like you and I am happy, no matter what happens. Lots of love, Daniel Pomerantz, your little boy. With God's help we will return unharmed and tell my soldiers that I love them."

Thank you Daniel Pomerantz and Family

Thank you Dr. Berko for writing about Daniel who exemplifies Israeli's sacrifice. .Any informed thinking person knows the IDF is the most moral army in the history of the world. I believe we have reached a point where this morality is misplaced and it is time for Israel to bite the bullitt and start the war to defeat the terrorist groups beginning with Hamas. I understand the Israeli people support this goal; the govt. is apparently weighing the price in men lost; it is strategically logical. All constraints should be lifted from IDF fighting tactics so more wonderful youth like Daniel are not lost. IAF pilots have stated they have been restricted in close ground support. Israel cannot wait for Obama to see the world security light. We need to mobilize allies into a world war to defeat the terror groups in every location. On to victory. RP MD So Cal.

To Hero Daniel, and All the IDF HEROES.

Dear Daniel, You fought and died for God, for Jews, for Israel and for all non-muslims. You fought on the front lines of global jihad. Global jihad targets every non-muslim on earth.

Daniel, When you were killed, a light went out in the world.

Daniel, and All Wonderful, Brave IDF soldiers - Defenders of the Free World, thank you forever!

No power on earth can ever extinguish the light that is re-born Israel. Israel's light will shine forever.